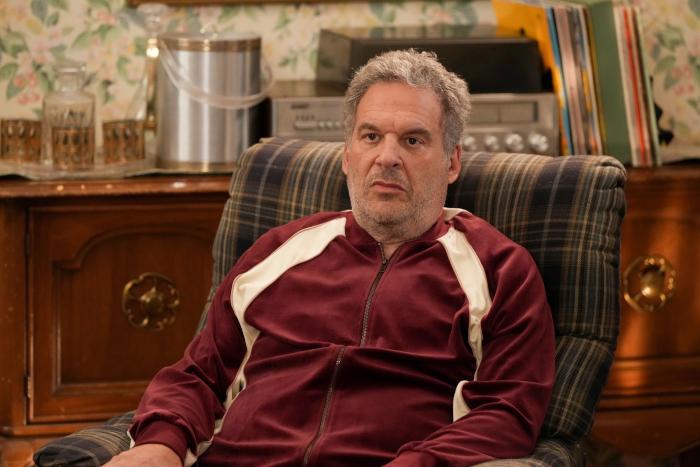 Were it not for the Jeff Garlin drama last season, I’m not sure anybody would be talking about The Goldbergs, even as it enters its 10th season, except to say that it’s not very good anymore. It was a sweet sitcom about the real-life Adam Goldberg and his family, backed by home footage. It’s not that anymore. Now it’s an overly broad, overly silly family comedy that centers entire episodes around Beverly Goldberg farting in public or the older brother being mistaken for a pedophile. Ha! The heart has been removed from the series and replaced with stupidity.

To wit: After a 9th season where Jeff Garlin quit/was fired from The Goldbergs and had to be inserted using body doubles and terrifying CGI, the series killed off the character in the 10th season premiere. It was not heartfelt.

The new season picks up several months after the death of Murray Goldberg. We are not told how he died, just that he died unexpectedly. The episode itself, however, is less about Murray’s death, and more about Murray’s chair. For some reason, all three kids — of college age — are living at home again, along with the other grandfather, played by Judd Hirsch. Erica is pregnant and “nesting,” and decides that she needs to clean out all the clutter in the house, which means getting rid of Murray’s old things.

That’s all fine and well until the neighbor gets rid of Murray’s La-Z-Boy chair. Everyone decides that that’s a bridge too far, the family makes up signs for the missing chair, and Beverly calls the cops in an effort to find it. It’s … dumb. in the end, it turns out that the other grandfather found the chair on the curb, brought it in, and put it in Erica’s new nursery, where it feels perfectly at home. Aww. But not really.

In the other storyline, Barry and Adam have to share a bedroom to make room for the nursery. Barry tortures Adam just like old times and Adam decides he has to create a distraction. Because every episode needs to borrow from an ’80s movie, inspired by Field of Dreams, Adam uses the baby monitors to make Barry believe “if he builds it, he will come.” Adam has never seen Field of Dreams, so didn’t realize that the movie was about Kevin Costner wanting to bring back his father, and after Barry builds a wiffle ball field in the backyard, Adam confesses that it was a joke that went awry. They hug each other because they miss their dad, which is less about Murray and more about them. The nicest thing they even say about Murray is basically, “Wasn’t it great when he called us morons? I sure miss that!” Then they play catch.

That is how they disposed of Murray Goldberg. Meanwhile, on the day the 10th season premiered, Jeff Garlin revealed on Instagram that he suffers from bipolar disorder.

I’m reminded that someone I know, who has also been diagnosed with bipolar disorder, once said re: Kanye West that a mental disorder is not an excuse for being an asshole.

← Olivia Wilde Answers All the Questions She Shouldn't Have to Answer About 'Don't Worry Darling' | TFG Goes Full Lunatic, Hangs Himself Live on 'Hannity' →