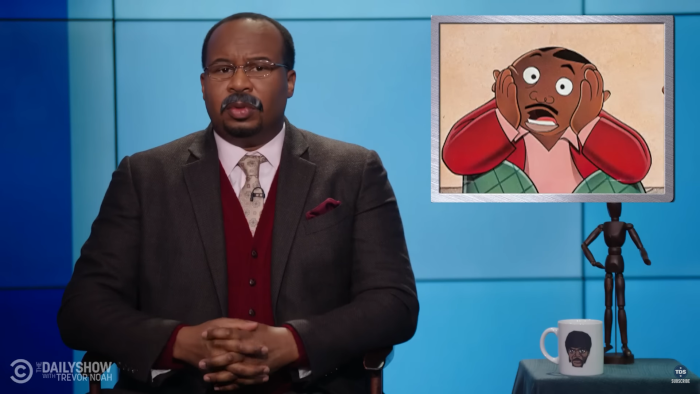 African Americans Have A Rich History In Animation

Artists are currently undervalued. I’d go as far as to say that they’re getting phased out. With the invention of AI animating programs, people are getting pushed aside. Whether that reaches its full potential is still up for grabs, so until then, it’s nice to focus on the human side of things. In a new segment for The Daily Show, correspondent Roy Wood Jr. took a look at Black trailblazers in animation.

Black people have had their hands in animation since the early 1900s, with the likes of Zelda Jackie Ormes. They’ve made their presence felt since then, with people like Aaron McGruder, Peter Ramsey, and Bruce W. Smith. It’s truly remarkable and inspiring to see their accomplishments laid out like this. But one story stuck with me in particular.

After a short stint in art school, Floyd Norman was hired by Walt Disney Studios. He went on to contribute to great things, including making the opening credits for Soul Train. My favorite bit, though, is that Norman once drew several cartoons jokingly criticizing the management at Disney. By the time it got around to old Walt himself, the creator of Mickey Mouse promoted Norman to work on The Jungle Book.

While it can be depressing to see the human element of art removed by “innovation,” celebrating the accomplishments of individuals lessens that pain.

← TFG Goes Full Lunatic, Hangs Himself Live on 'Hannity' | About the Eerie Parallels Between Fox's 'Monarch' and the Death of Naomi Judd →