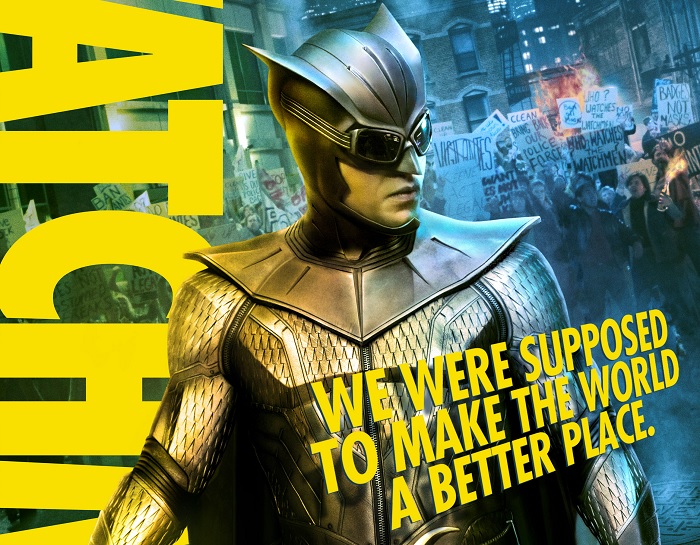 Could We See Nite Owl in HBO’s ‘Watchmen’? And Other Questions Raised by the Peteypedia

Unlike some of the Pajiba staff cough, Dustin, cough, I am not particularly a Damon Lindelof fan. I have watched Watchmen through episode six, and I have enjoyed quite a bit of the show (and Dustin’s recaps! and the Podjiba talk!), but I’m already wary of the questions I am sure will go entirely unanswered when this season wraps. And look, I don’t need a lot of hand-holding in my pop culture consumption, but I do detest a story that leads you down one road before swerving at the last possible second, and yes, I dislike the ending of Lost, of course.

But I appreciate very much something that HBO’s Watchmen has going on for it, a way to fill in the gaps for both comic readers who are curious in what other ways Lindelof has expanded and broadened this companion piece to Alan Moore’s original graphic novel, and new-to-the-story watchers who want more context on the original text and who didn’t see Zack Snyder’s film. And I’m speaking here, obviously, about Peteypedia, the companion online encyclopedia that updates each Sunday night after a new episode of Watchmen airs.

The Peteypedia is “maintained” by the FBI Agent Dale Petey character, played by Dustin Ingram, and includes materials relevant to each episode. After the premiere, “It’s Summer and We’re Running Out of Ice,” the contents of the Peteypedia “File 1” included:

• an FBI memo about the destruction of various modes of technology after the interdimensional squid monster attack of Nov. 2, 1985;

• a document from Tulsa’s Greenwood Center for Cultural Heritage about the Black Marshal character from the film Trust in the Law!;

• a newspaper clipping about Adrian Veidt, who we know now to be played by Jeremy Irons, being declared dead after a seven-year global search;

• and a lengthy, six-page memo from Agent Petey about how he believed it was a mistake to call off the search for Veidt and declare him dead, and an explanation of how Rorschach’s journal implicated Veidt in the D.I.E., or “Dimensional Incursion Event,” as the FBI calls that squid attack. “Given his vast resource and even vaster ego, isn’t it more likely than not that “The Smartest Man in The World” is planning a show-stopping comeback of his own?” Petey wonders in that memo, and yes, that sure seems relevant four episodes in, doesn’t it?

When Moore’s comic ends, Laurie and Dan—who know that Rorschach was telling the truth in his journal, and that Veidt was behind the squid attack that essentially ended the Cold War through the murder of 3 million people—are living together, spending time with her mother Sally Jupiter, and trying to forge forward. They’re posing as a married couple, keeping their crime-fighting alter egos of Nite Owl and Sally Spectre under wraps, while Laurie’s ex Dr. Manhattan is living on Mars and Veidt is carrying on as the smartest man in the world. But in Lindelof’s adaptation, some things have stayed the same (Dr. Manhattan is still “tired of being caught in the tangle of [human] lives”) while we know others have changed. Laurie now has a sneering disdain of crime fighters who hide behind a mask, and Dan is in federal custody, and has been for years, as senator and presidential hopeful Joe Keene Jr. reminds her.

Again, the Peteypedia fills in what we don’t know. A redacted transcript of an interrogation of Laurie by the FBI on April 24, 1995, reveals that she and Dan had stopped being together romantically but were working together as vigilantes on one last job: to bring down Timothy McVeigh before he carried out the Oklahoma City bombing and terrorist attack on April 19. McVeigh is dead, and the FBI wants to charge Laurie and Dan with murder although they saved the lives of hundreds of people, and the whole situation reads like an inverse of what Veidt accomplished with the squid attack: killing many people to save more, or killing one person to save many. The Laurie we see in this interrogation is already cynical, unimpressed, and nonplussed (as she is on the show), and we learn from her that Dan’s MerlinCorp. not only became a primary contractor for “weapon and airship design for state and local law enforcement”—which is why we see Chief Judd Crawford and Pirate Jenny flying an Archie-style ship—but also, you know, the creator of that Dr. Manhattan dildo, as a sort of cruel parting gift after Laurie and Dan broke up. Who could have guessed Nice Guy Dan was that much of a jackoff?

There are a few questions raised in that interrogation, though, that are sticking with me. Let’s bang them out:

• Given that the show keeps bringing up Dan, will we see Dan in the series? He’s not listed on IMDb, but I think securing his release is one of Laurie’s primary motivations for going to Tulsa on the FBI’s behalf, and it’s intriguing that the interrogation transcript mentions that he isn’t cooperating with the FBI at all. It’s been decades since that interrogation. Has Dan stayed silent this whole time? Do we maybe get a flashback scene of Laurie visiting Dan in prison? Would she visit Dan in prison? We see her mention Nite Owl in that lengthy joke she sends to Dr. Manhattan on Mars, and we know that Laurie has a tendency to forgive men who have wronged her—see that she now goes by her father the Comedian’s last name of Blake. What is the role of Nite Owl in this world? And what drove him to basically become a defense contractor (ugh) in the first place?

• The transcript ends with Laurie telling the FBI agents to “tell your boss to tell his boss to tell his boss to tell Gatsby that Laurie Juspeczyk knows what really happened on 11/2”—so Laurie offered up information on Veidt and the D.I.E. plot to President Redford in 1995. Is that what caused Veidt to go into hiding, maybe, and to that seven-year search where he wasn’t found? Is the government further involved in the coverup that Rorschach warned about? And if so, does that mean that the Seventh Kavalry is sort of, slightly, right about the duplicitousness and corruption of this government? Yes, they’re racist trash, but also, Rorschach did die for his desire to reveal Veidt. That’s a zealous kind of moral purity, but Rorschach was murdered to hide the truth—doesn’t that count for something?

So now, I ask you: Have you been reading the Peteypedia? Don’t you think Agent Petey is that weird tall silvery Lube Guy spying on Angela?

Have any theories on whether we’ll see Dan? Sound off in the comments!