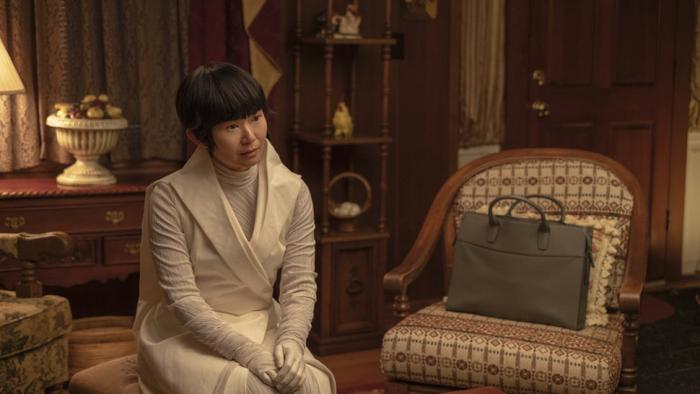 Does that mean Will Reeves is a clone? Because a 105-year-old man doesn’t hang Chief Crawford, jump out of a wheelchair, or pull eggs out of boiling water. However, a younger clone of Will Reeves — with the memories of the original Will Reeves attributable to those memory pills — may be able to do most of those things, save for reaching into boiling water and escaping a pair of handcuffs.

In either respect, the pills do hold the answer to who Will Reeves is. “The pills, they’re passive-aggressive exposition,” Trieu tells Reeves. “If you want her to know who you are, just tell her.”

I HAVE WAITED SO LONG FOR YOUR RETURN!!!!

← 'Star Wars: The Rise of Skywalker' Will be More 'Daring,' According to J.J. Abrams | Negan Joins the Ball-Tripping, Skin-Themed Vision Quest on 'The Walking Dead' →