Let’s be honest; 2021 was a tough one. Slightly better on average than 2020 — most kids went back to school, every (American) who wanted a vaccination got one, no insane sh*tbird in the White House — but between the climate, politics, and pandemic, it did not go all our way. But it wasn’t all terrible. Some bad things happened to bad people. And, more importantly, some good things happened too! Here are just a few of them. 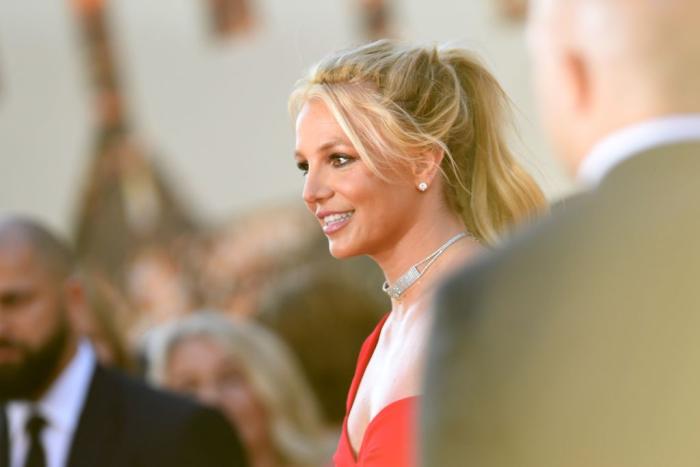 Britney Spears
Britney has not had it easy. Being the primary source of income for her family since childhood doesn’t bode well in the mental health arena and through shady legal maneuvering, her father Jamie remained in control of her life ever since her public breakdown in 2007. Did Spears need help and support? Absolutely. Did her father provide that? Not unless you count being his cash cow. But after years of indentured servitude, Spears regained her personal and professional freedom in 2021 following a bombshell report by the New York Times in June detailing how desperately she wanted out of her father’s control. The #FreeBritney campaign became a complete success on November 12, when the conservatorship was finally dissolved. Spears’s life remains tabloid fodder because people are ghouls, but at least now is the result of her own decisions, good and bad.

Levar Burton
Levar Burton is the anti-Mike Richards. Rather than nominating himself as the new host of Jeopardy!, Burton let the internet do it for him. He has always presented himself as a calm, gentle person. After Richards’ sabotage, in which he selectively edited Burton’s episodes to make him appear confused and ill-prepared, Burton stepped back and watched as, one by one, the NBC hiring committee stumbled over their own feet and then continued stumbling through a minefield of anti-vaccination applicants. Obviously relieved to dodge that bullet, Levar Burton will instead be the host of a new television version of Trivial Pursuit and hopefully, continue to rise above all the drama. 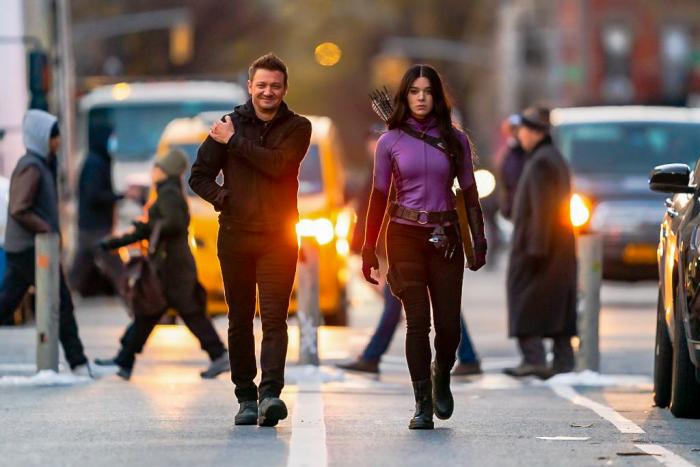 Hawkeye Fans
2021 was a very good year for fans of the Avenging Archer. After years of second-tier stardom as the least-promoted member of the world’s premiere superhero team, Disney’s Hawkeye series placed him front and center. By lowering the stakes from world-ending terror to something more local, Hawkeye easily became the most relatable and, in my opinion, most successful of the streaming miniseries. Sure, WandaVision’s first few episodes were creepy and innovative, but then it became yet another superhero slog. The less said about Falcon & Winter Soldier the better. Loki was great but again focused on universal stakes and setting up the next movie. Clint Barton’s grief and exhaustion felt real, as did his reluctant training of rookie Kate Bishop. She in turn brought a spark of vitality and enjoyment of the superhero gig back into Barton’s life. Perhaps it’s Barton’s status as an Average (if highly dangerous) Joe that made him the MCU’s only responsible mentor for the next generation of superheroes, or maybe it’s that he’s not obsessed with being the world’s greatest hero. Either way, the series’ success was a pleasant surprise for all of us who enjoy watching a guy fight off bad guys with a stick and string. 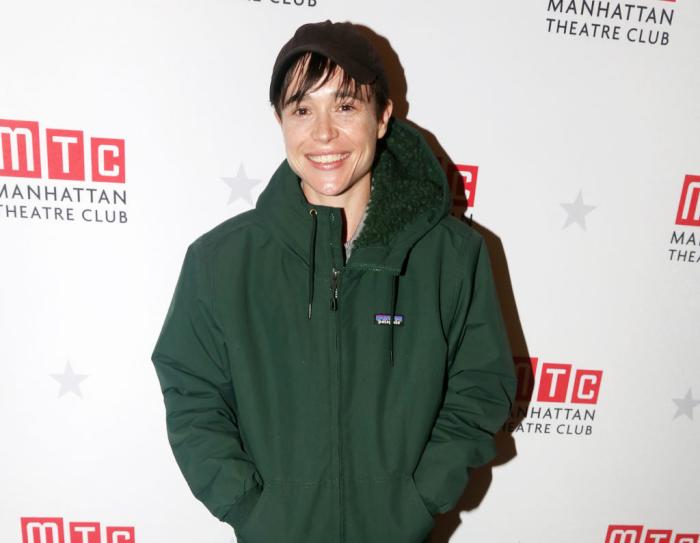 Elliot Page
For as long as I can remember, the person we used to know as Ellen Page seemed sad. Always. In every interview and performance, I saw something beyond being an introvert uncomfortable in the spotlight. But since we were introduced to Elliot, that grief has vanished. He seems so much more comfortable in his own skin that I question the observational skills of anyone who thinks being trans is a choice, a con, or a fad. Elliot has always been an attractive, incredibly talented performer. Now, for the first time, he appears happy about that. I couldn’t be happier for him. 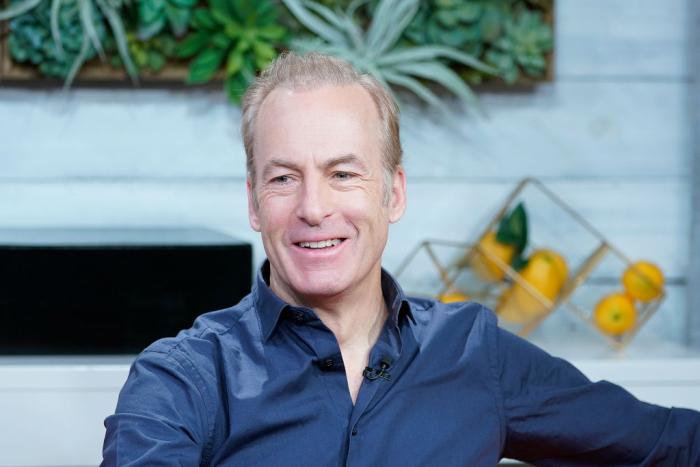 Bob Odenkirk
Bob Odenkirk’s been in everything. With over 50 movies and even more television appearances under his belt, it’s safe to say he’s made a lasting cinematic impression. More than that, he comes across as a genuinely pleasant person, kind to his fans and fellow performers. This year’s March release of Nobody, a John Wickian revenge fantasy with a sense of humor, capitalized on Odenkirk’s affability and became a rousing success. Then he almost died. His July heart attack brought an outpouring of love and support usually reserved for the likes of Dolly Parton and rescue animals. Only when he was almost taken away did we show Bob Odenkirk what he meant to us. With luck, we won’t wait so long next time. 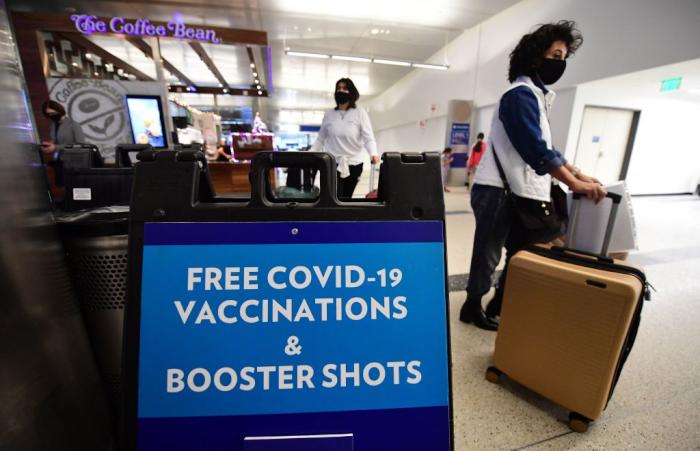 The Vaccinated
Vaccinations have not gone as smoothly as they should. One-third of Americans remain so stubbornly anti-vax they could use their own butts as face masks. They’ve weakened the vaccine’s efficacy by keeping infection and mutation rates so high that we’re all likely to catch it eventually despite our caution. But thanks to the Pfizer, Moderna, and Johnson & Johnson’s vaccines released this spring we regained a modicum of normalcy. The vaccine may not keep us entirely safe from infection — thanks so much for that, jerks — but it does greatly reduce symptoms, hospitalizations, and death. Too many of our neighbors remain determined to prolong our suffering as long as possible, but at least every cough no longer feels like a death sentence. That’s a significant improvement over last year. So if you’re vaccinated, if you got your kids vaccinated and encouraged your family and friends to get their shots, thank you. You’re the real MVP. 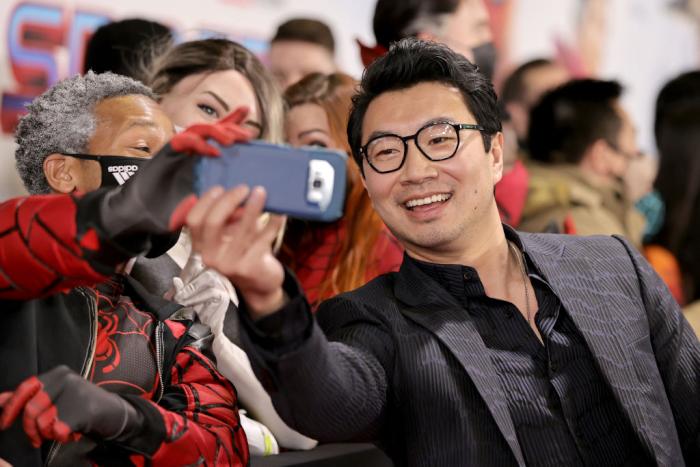 Ray Fisher and Simu Liu
It’s probably a Dumb White Guy move for me to put these two under the same entry. But their 2021 success stories are much the same; their creative efforts stymied by professional sabotage and (white) audience resentment to their outspoken natures, Ray Fisher and Simu Liu stuck to their guns. They spoke out against what they saw as the casual and blatant anti-Black and anti-Asian racism in American cinema. They were right. Joss Whedon’s butchering of Justice League nearly cut Fisher’s Cyborg out of the movie entirely. It took Fisher telling his story on Twitter and Zack Snyder’s direct supervision and release of the Snyder Cut to put Cyborg front and center, where he belonged. Simu Liu’s frequent calling out of prejudicial treatment in Hollywood and with Marvel specifically had so-called “fans” and pundits advocating for and gleefully predicting the financial failure of Shang-Chi and the Legend of the Ten Rings. Both Fisher and Liu proved their detractors wrong. Shang-Chi was a smashing success, and despite its run-time, Snyder’s version of Justice League is generally considered a vast improvement over Whedon’s version. These two men spoke up, spoke out, and still raked in the profits. Good for them. 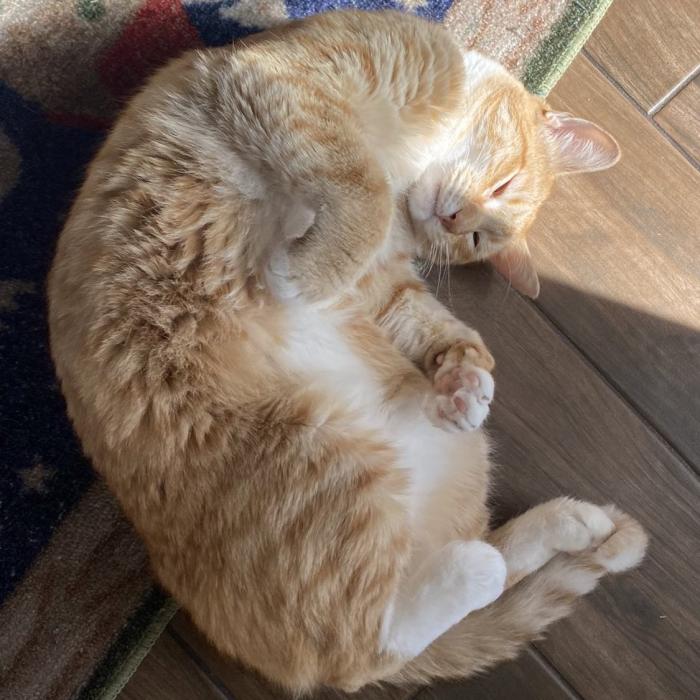 Jorts and Jean
Despite being almost Terminally Online due to my profession and also my obsessive compulsion to spend the day doom-scrolling, I came into the whole Jorts and Jean story late. Here’s the world’s briefest summary of the AITA post; Jorts is a dumb orange cat. Jean is an intelligent tortoiseshell kitty who gets Jorts through the day alive despite his nearly fatal stupidity. One of the humans, Pam, is obsessed with teaching Jorts to take care of himself, and did stupid things to encourage him to do so, like slathering him in margarine, which the other cat, Jean, got sick licking off her brother. Pam thought it would teach him to clean himself. It did not. Pam accused her coworker of racial prejudice for saying torties are smarter than orange cats and flounced. Long story short, HR got involved and Jorts got a Twitter account, and now every other meme is about (not) buttering your coworkers. But the great thing is that this has been a story for more than 2 weeks and no one’s been outed as a Nazi, homophobe, or similar societal dreg. In Internet time that’s practically forever, yet Jorts remains the anti-Milkshake Duck. So here’s to you, Jean and Jorts. Thanks for proving harmless entertainment still exists. 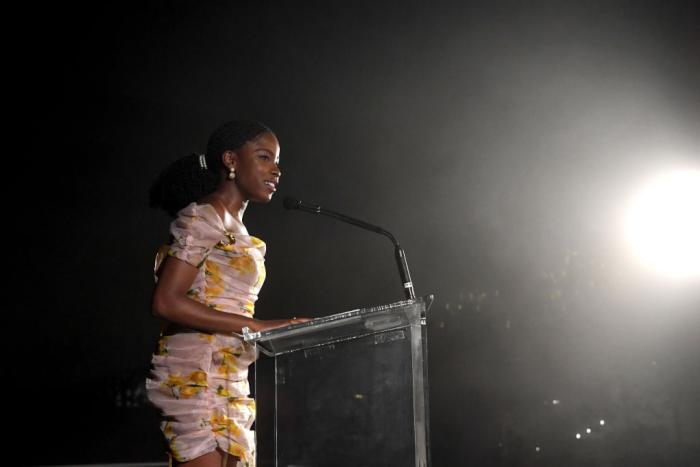 Amanda Gorman
Poetry was never my cup of bourbon. I don’t get the appeal and I don’t understand it. Amanda Gorman became the exception to the rule with the phenomenal recitation of her original work ‘The Hill We Climb.’ The country’s first National Youth Poet laureate, Amanda overcame the boundaries of a speech impediment to also become the youngest inaugural poet in the country’s history this January when President Joe Biden was sworn into office. She spoke of the adversity we’ve faced, the hills yet to climb, and the triumphs ahead. Since then her prestige and opportunities have grown; she’s published several books as well as hardbound copies of ‘The Hill We Climb.’ She co-hosted this year’s Met Gala. She even wrote and performed a poem for this year’s Super Bowl! 2021 was a hard year for a lot of people. But Ms. Gorman gave it a message that 12 months later remains just as valuable.

Happy New Year to one and all!


← Do We Need Boba Fett's Book After We Just Had a Mandalorian? | 'The Witcher' Season 2 Review: Netflix Brings On The Extended Witcherverse →