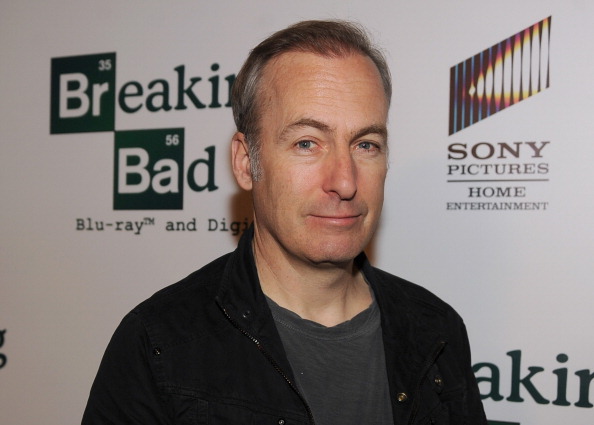 Last night, it was reported in a number of outlets that Bob Odenkirk collapsed on the set of Better Call Saul, was immediately surrounded by the crew who rushed to his aid, and was then sent to the hospital. Beyond that, there are no updates. We don’t know why he collapsed. We don’t know how he’s feeling now. It could have been the heat? It could have been the brutal working schedule (he’s in the middle of a six-month shoot for the final season of Saul, which is obviously a challenging role). He’s 58, and in seemingly great health (did you see him in Nobody?), but life is life, and our bodies can be unpredictable.

What we do know, with absolute certainty, is that Bob Odenkirk is immensely beloved. That might seem obvious, but then again, I don’t know that we’ve all stopped and really assessed our collective feelings toward Odenkirk. We loved him in Breaking Bad and now in Better Call Saul, he’s got a huge comedy following thanks to Mr. Show and his work as a writer on SNL, and some people may just know him from How I Met Your Mother (fun fact: A scheduling conflict with HIMYM forced Breaking Bad to cast Jonathan Banks in Breaking Bad to fill in for Odenkirk, and now the two co-star together in the spin-off).

However, seeing online that he was rushed to the hospital last night elicited a huge, collective online gasp. We have never had to contemplate the mortality of Bob Odenkirk — and again, we do not know his condition, how serious it is, or if it is serious at all — but in doing so, the entire Internet (and by that, I mean Twitter) seemed to rally around this man and their affection for him. The country is as polarized as ever, but no one seemed to disagree on their love of Odenkirk. It’s obviously a scary time for him and his family, but the outpouring of affection was really kind of heartwarming.

All of us heading to save Bob Odenkirk! 👀 pic.twitter.com/CWpLirUn8V

I think it’s nice that everyone loves Bob Odenkirk

I really need someone to tell me Bob Odenkirk is okay right now.

I think we can all agree that Bob Odenkirk should be provided with whatever organs he needs. This offer applies when he is out of the hospital too.

If you watch Better Call Saul (it’s one of TV’s truly great shows) and you’ve ever felt like an outsider excluded from something you wanted to be a part of, then you identify deeply with Bob Odenkirk. I don’t know him, but he matters to me. And I’m sending my love too. https://t.co/lCqEpVxPX4

I'm going to have to insist that Bob Odenkirk be okay.

When Bob Odenkirk recovers and comes back, we are all going to be his little women. pic.twitter.com/PSgEnKTwZL

hoping for the best for Bob Odenkirk, who has of course never deserved anything less than the very best pic.twitter.com/0JmBGz37EZ

Me watching for Bob Odenkirk updates.

He's a treasure and I hope he has the speediest recovery. pic.twitter.com/JBgC8ssJ7A

One small positive observation from this troubling news: can you imagine anyone being more universally loved/respected than Bob Odenkirk? Never seen the entire timeline unite and rally behind someone so quickly.

Odenkirk is a national treasure, but I think until we saw this news that we may not have realized it. We here at Pajiba wish him a speedy recovery and join in the chorus of praise.