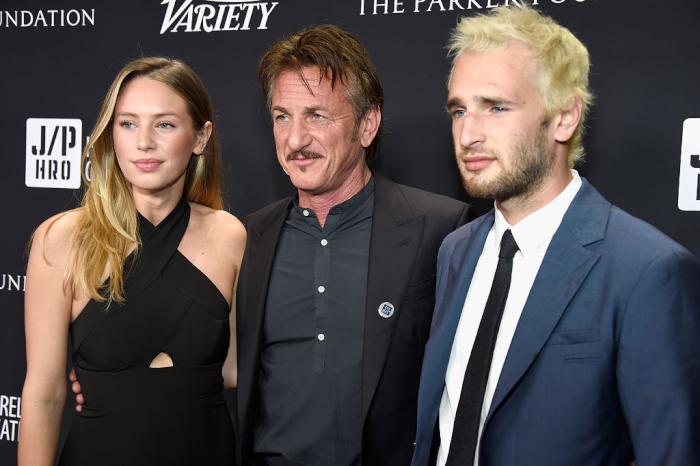 OK, no, of course not. Let’s get the hyperbole acknowledgment out of the way straight away. Not everything. The tweet below doesn’t sum up everything wrong with the film industry. But it does highlight one particularly troubling aspect of it (which in and of itself also serves as a neat prism through which to view many things wrong with our current economic systems).

I would say ‘All aboard the Nepotism Express!’, but actually: No, sorry—the train is full. You’ll have to wait for the next one.

According to Deadline, The Rightway is an upcoming short film—the plot of which is currently kept secret—that is being written by Stephen King’s son, directed by Steven Spielberg’s daughter, and starring Sean Penn’s son.

We’ve covered nepotism in the film and TV industry here before at Pajiba. A number of times. It’s not news to anyone that the arts industries on both sides of the Atlantic are suffused with the progeny of privilege and success. While the majority of us toil away under an ever-meaner economic system, deprived of the social safety net and generous arts funding afforded to previous generations, a select few hyper-connected individuals stumble along in the footsteps of their famous parents on their way to creative success. The worst part is when they then try to claim that their achievements have been purely by the sweat of their brow, rather than the gargantuan advantages and levels of access, time, and the freedom to fail that is available only to those born either with a silver spoon in their mouth, a legacy connection to the industry, or both. Any time the word ‘meritocracy’ is invoked by some scion of an acting dynasty, an angel tears off its wings and plummets to Earth to beat some sense into someone.

This is beyond parody. pic.twitter.com/EoN2AoOpfk

That’s not to say that the children of famous people should be barred from pursuing the creative arts, of course (well…), or that they are incapable of producing great art, it’s merely to highlight the fact that people who aren’t already wealthy and connected have been getting squeezed more and more out of an industry that was already hostile enough to their presence in the first place. It’s a systemic problem that impoverishes further not only those individuals not lucky enough to be born into fame but society as a whole: An arts scene devoid of diverse voices and perspectives is a poor one indeed. I love the work of the Coppola clan as much as anyone. Sure would be nice though if society were structured in such a way so as to encourage and facilitate a hundred other not-Coppola Coppolas to rise up from obscurity and make their mark on history.

And hey, speaking of legislation, let’s check in with Rainy TERFascist Island, where just last week the government annonced (oops, what a strange typo) that England’s higher education institutions will be subject to a 50% cut in funding for their art and design courses. This would affect subject areas including art, music, drama, design, media studies, journalism, and dance. Sounds great! Very much looking forward to an arts scene 100% dominated by a cabal of Cumberbatches, Redmaynes, and infinite series of offspring and relatives of already famous, successful people until the planet burns to a cinder.

← A Nation Holds Its Breath as It Awaits Updates on Bob Odenkirk's Medical Condition | 'Ted Lasso' Is Back To Save Us All! (Also, 'Kung Fu' and 'Ultra City Smiths' On Podjiba!) →