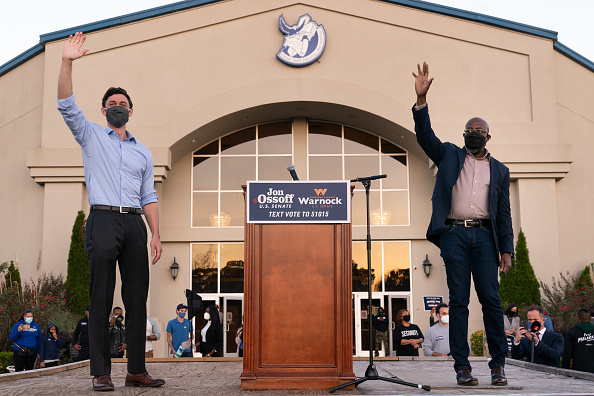 It looks like both Democrats and Republicans are converging on a $900 billion COVID-19 “relief” bill to be included with the annual budget this month. That relief will come in the form of an increased $300 per week of unemployment benefits, renters’ assistance, additional money for the PPP loan program designed to help small businesses (but usually helps larger businesses), and some additional money for state and local governments for schools and to fund the vaccine process.

What the relief bill will not include, however, is the additional $1200 a month that individual Americans received early on in the pandemic, and that has been seen as helpful in keeping the economy afloat because that $1200 was spent on goods and services (and take-out food) that kept America at a steady hobble. Unfortunately, the Republican Senate will not budget beyond the $900 billion, and the $1200 checks will cost an additional $300 billion. Some Democrats — like Bernie Sanders and AOC — are balking on the bill because it doesn’t include those $1200 checks.

Crucial in the piece is this paragraph:

Lawmakers involved in the negotiations said the direct payments would have to wait until after Biden is inaugurated on Jan. 20. At that time, Biden will face a new Congress as vaccines are being distributed, with a narrowed Democratic majority in the House and a closely divided Senate potentially split 50-50 if Democrats are able to prevail in two runoff elections in Georgia on Jan. 5.

Implicit here is this: If you live in Georgia, and whether you are a Republican or a Democrat, if you want a $1200 check (plus potentially an additional $1,000 per child), all you have to do is vote for Jon Ossoff and Raphael Warnock. This is not a bribe. This is a goddamn fact. If the Democrats have control of the Senate, the Democrats will provide direct payments of at least $1,200. If Perdue and Loeffler win, you probably will not receive those checks.

How is this not in every single ad (or maybe it is, I don’t know. I don’t live in Georgia)? You got two of the wealthiest people in the Senate tied to a number of corrupt stock sales who are running for a party that will not provide $1,200 checks, and then you have two candidates who — by virtue of winning — will practically guarantee that we get $1,200 around the middle of February, which will provide that bridge that America needs to get to the Spring.

To be honest, I don’t really know a ton about Ossoff and Warnock, other than the fact that Ossoff narrowly lost a race in a runoff in 2018. I think they’re fairly conservative Democrats (you’d probably need to be in Georgia), and Warnock seems to have a very good sense of humor about himself (based on his ads), while Ossoff is good on Twitter (which unfortunately probably doesn’t translate into votes in Georgia). He’s been beating up on David Perdue over the last 24 hours because the Senator refused to debate Ossoff, which meant Ossoff ended up debating an empty chair last night. Great optics, Perdue!

I showed up to debate tonight.

Hell, Fox News is beating up on Perdue this morning. FOX NEWS:

Oof. Fox and Friends laying into David Perdue for not showing up to last night’s debate.

“I don’t know what Senator David Perdue was thinking.” pic.twitter.com/gj8PnlkHSy

Ossoff used to work for John Lewis, so he’d have my vote (well, he would anyway, but still):

Totally love @ossoff. Didn’t realize he once worked for Congressman John Lewis. Ossoff is one of brightest, most direct speakers I ever have heard. https://t.co/rY25Afrxa2

Warnock, meanwhile, is running against Kelly Loeffler, whose husband is the goddamn chairman of the New York Stock Exchange, and she wants to withhold that $1200 from folks, just like she held $600 of relief to Georgians while accepting $3.2 million in farm subsidies.

Kelly Loeffler's family accepted $3.2m in farm subsidies from the govt, meanwhile she said it was "counterproductive" to give Georgians $600 of relief.

“Why is it counterproductive to help ordinary Georgians in the middle of a pandemic?”

I mean, come on: Putting Trump aside — and the fact that he may be depressing turnout there, and that neither Perdue nor Loeffler will denounce Trump’s misinformation campaign in Georgia — how can you possibly vote for these two obscenely wealthy people who who have profited from their Senate seats and who will nevertheless deprive us of $1,200 checks?

Seems like an easy goddamn choice to me. Today, by the way, is the last day to register to vote in Georgia. Early voting begins a week from today. Tell your Georgian friends that if they vote for Ossoff and Loeffler, there’s a sweet $1,200 check in it for them.