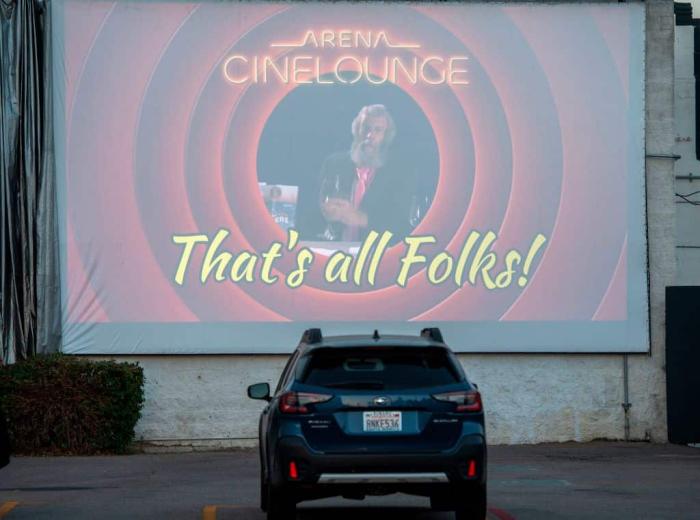 It’s been quite the week, yes? Or month. Or year. Look, time means nothing anymore. I refuse to accept that it’s already December, and am looking into the various paranormal and metaphysical options that will allow me to ensure that 2020 never happened. Who’s going to stop me? Probably not cinema chains, especially after the recent announcement that Warner Bros. plans to simultaneously release its ENTIRE 2021 slate in theaters and on HBO Max. This is a genie you cannot put back into the bottle. WarnerMedia may claim that this is only happening for one year then we’ll all return to ‘normal’ but there’s no way this won’t be the default mode for the long-term. The theatrical window of release is dead, and other studios will almost certainly follow in the footsteps of WarnerMedia. Don’t be surprised if Disney+ makes a similar announcement or Sony suddenly starts offering new Spider-Man movies exclusively released via the Playstation 5.

For now, however, we still have a box office to report on. Granted, there isn’t exactly a wide range of new movies to discuss, but that hasn’t stopped me before. The Croods: A New Age stayed on top for the second week running with $4.4 million, bringing its total domestic gross to $20.3 million. For contrast, The New Mutants has made about $23.8 million in 15 weeks. Success means something else these days.

Another Disney re-release turned up in theaters this week in the form of the festive favorite Die Hard, because yes, Disney now owns that franchise too. It made $189,000 from 1,172 theaters. The other new re-release of the week isn’t exactly a traditional re-release. Francis Ford Coppola’s The Godfather Coda: The Death of Michael Corleone saw the legendary director re-edit the third entry in his iconic trilogy. It’s widely accepted that the third Godfather movie sucks, but this new cut seems to have won over a few critics. Granted, the movie’s never going to be on the same level as its predecessors, a.k.a. two of the greatest movies ever made, but it seems that Coppola is now satisfied with the conclusion that saw him and his poor daughter be mauled in the press for years. The new coda made $52,000 from 179 theaters, which is pretty solid given the movie’s reputation and, you know, everything else going on right now.

This coming week sees releases in various limited forms for romantic drama Wild Mountain Thyme, the documentary Queer Japan, the indie superhero movie Archenemy starring Joe Manganiello, and the Argentinian black comedy The Weasel’s Tale. They all sound pretty interesting and will probably be seen by like 49 people each until their inevitable VOD release. Look, we’re just waiting out the rest of the year. Let us have this peace. Stay at home, kids.