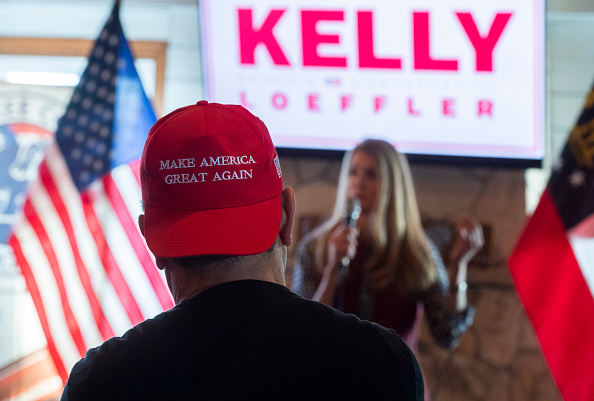 I know the media plays up the idea that there’s friction in the Democratic party, and I know that someone on our staff likes to point out that Obama thinks the “defund the police” movement is a bad idea for the party, but Obama also insists that AOC should get a “bigger platform,” so it’s a wash, Mike. A wash!

I generally believe that, while there is disagreement within the party, and that we are often vocal about those disagreements, we’re pretty pragmatic at the end of the day. We should run moderate Democrats in moderate districts! We should run progressive candidates in progressive districts! We should nominate Presidential candidates like Barack Obama who is adept at triangulating those factions. I am not a Bernie supporter (in spite of what some think), but I do not take offense to the suggestion. I think I fall somewhere in between Elizabeth Warren and Kamala Harris on the political spectrum, and while I am a progressive, I also understand that progressives have and always will be the minority in the Democratic party, and the minority will never have any say unless we build constituencies with liberals and moderates and use those coalitions to push our agenda.

We’re a very divided country, as evidenced by the fact that Joe Biden got 51.5 percent of the vote and that is one of the best showings in Presidential election history, and he ran against a hugely unpopular trash person. This election proved, once again, that we need all the votes we can get, and that this “Get out more of the youth vote” thing we like to believe will save us from the Joe Manchins of the world is never going to work on a national level. It just won’t, unless we nominate Dolly Parton and Willie Nelson.

That’s in part because Trump, himself, has sown doubt into the election process — especially in Georgia — and he’s going to have a difficult time unringing that bell, especially when he’s got Lin Wood and Sidney Powell running with Trump’s very own claims and urging Georgians to boycott the November race or write-in Trump. That, actually, has prompted Trump to step in and ask Lin Wood to basically stop repeating Trump’s own lies and misinformation. From Politico:

Amid party fears that a MAGA boycott could cost them control of the U.S. Senate, Trump privately spoke by phone this week with Wood to tell him to “knock it off,” a source briefed on the discussion told POLITICO.

Former U.S. House Speaker Newt Gingrich, who helped build the modern Republican Party in Georgia, theorized the lawyers were whipping up conservatives because “they understand that if they’re out there saying more and more radical things, they’ll get more publicity.”

“It’s one of the nuttier things I’ve seen in a long time in politics,” Gingrich told POLITICO, adding that it’s OK for Trump to question whether the vote against him was rigged — as long as he tells Republicans to vote for Perdue and Loeffler, and to not listen to Wood.

“Lin Wood and Sidney Powell are totally destructive,” Gingrich wrote on Twitter Thursday. “Every Georgia conservative who cares about America MUST vote in the runoff.”

Well, well, well, if it isn’t the consequences of their own actions.

And the thing is, apparently — despite the efforts of Stacy Abrams — Republicans have the advantage in Georgia. Trump lost (by a razor-thin margin), but Republicans overall performed marginally better than Democrats in the state, except in the Presidential race, where Trump actually hurt the ticket (and yet, Loeffler and Perdue must embrace him). Also, apparently, Republicans turn out in the run-offs at higher numbers, because Democrats historically lose momentum in runoffs (request those ballots, Georgians!)

But Lin Wood and Sidney Powell could offset that natural advantage, that loss of momentum, by blowing up the Republican party from the inside! Lin Wood is a crackpot, but he’s a crackpot with a huge following thanks to high-profile clients. He’s defending Kyle Rittenhouse — who murdered two protestors in Wisconson; Mark and Patricia McCloskey, who pointed guns at Black Lives Matter protestors in St. Louis; and he defended Nicholas Sandmann, the teenager who sued for the way the media depicted him in the 2019 March for Life. He’s got 717,000 followers on Twitter, which is more than enough to offset those GOP advantages in Georgia runoffs. Hell, if 20 or 30,000 people stayed home or wrote in Trump’s name, that’d probably be enough to swing the election to the Democrats.

The Senate runoffs will likely come down to Trump himself, who has a very strong tendency to favor his own interests at the expense even of the candidates he’s supporting. He’s holding a rally in Georgia for Loeffler and Perdue on Saturday, his first major rally since the election. What will he say? Will he spend the entire rally airing grievances, railing against Republican Governor Brian Kemp, undermining confidence in the Georgia election system, and depressing turnout in the state, or will he swallow his pride and tell voters to trust the system and go out and vote for Perdue and Loeffler?

Control of the Senate and the political direction of the United States over the next four years may depend on what Trump says at that rally. If I were a betting man, my guess is that he’ll say whatever he thinks will benefit him, regardless of how it might hurt the GOP candidates. Ultimately, that may make a huge difference in how much economic stimulus the rest of the country may receive once Biden is inaugurated in January.