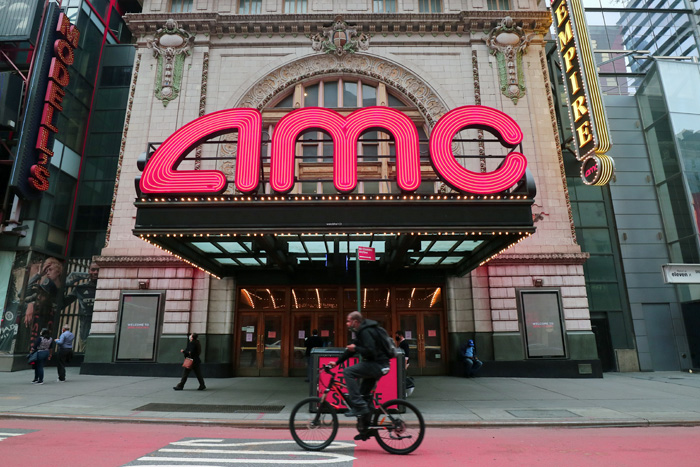 AMC issued a statement on the bombshell news that Warner Bros. is putting all of its 2021 films on HBO Max, and to the surprise of no one, they’re kinda pissed! (Deadline)

The underrated Aubrey Plaza gets some love thanks to Happiest Season. (Lainey Gossip)

Bill Clinton, George W. Bush, and Barack Obama — who was right about “Defund the Police” being shit-poor messaging — have all volunteered to take the COVID vaccine on camera to prove to Americans that it’s safe. (Celebitchy)

Despite his lawyer’s attempts, a judge has ruled that Kyle Rittenhouse will stand trial for shooting two protesters in Wisconsin. Good. Throw the goddamn book at him. (The Root)

HBO shows off the first concept art from the upcoming Game of Thrones spin-off House of the Dragon. (IndieWire)

The Hillbilly Elegy gang swears its film is super relatable and “transcends politics,” which is true. Being a honking turd isn’t bound by party. (AV Club)

I’m gonna call it now. Rahul Kohli will appear as Ezra Bridger in The Mandalorian before this season ends, if not tomorrow. I know he says he’s just “trolling,” but c’mon.

The Clone Wars is essentially a firmware update that massively improves the Prequels. When I express my love for that trilogy, I’m talking about 2.0. Patch your prequels too :) pic.twitter.com/QiDMmVrH5H

Hey, do you love watching Elf this time of year? Here’s a fun tidbit about where it was shot, and you’ll never look at the movie the same way again. (Comic Book)

All the death that is happening right now started when Ronald Reagan made his first stupid joke about the “government.” (Esquire)

I would pay top dollar for an entire book of these Jango Fett and Zam Wessell comics. My veins? Put it in them. (Noelle Stevenson)

The Chancellor is descended from Germans who emigrated to the American Great Plains. He found familiar recipes in Shauna Sever’s Midwest Made: Big, Bold Baking From the Heartland. "Baking a recipe with tradition makes me feel like I’m touching history, making it come alive." What are some of your traditional recipes? (Cannonball Read 12)

Don’t know who Heidi Stirrup is? She’s the Trump liaison who got banned from the Justice Department building for attempting to obtain insider information to report to the White House. Enjoy.