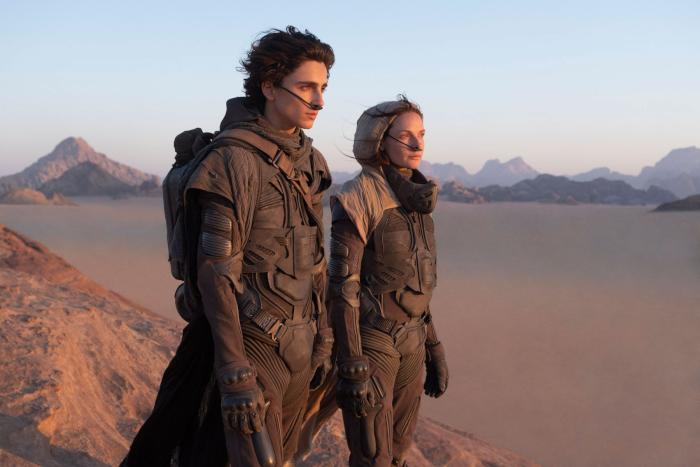 In a Game Changing Move, Warner Brothers and HBO Max Blow Up the Theatrical Model for 2021

In a surprise move a few weeks ago, Warner Brothers announced that they would release Wonder Woman 1984 in theaters and on HBO Max simultaneously on Christmas Day. This seemed like a nice but isolated treat for those of us starving for blockbuster movies, but obviously not ready to return to theaters yet.

Today, however, Warner Brothers announced that it will do the same thing for its entire 2021 slate of films. That means that 17 theatrical releases, including The Suicide Squad, The Matrix 4, Dune and Godzilla vs. Kong, will open in theaters at the same time as they will be released on HBO Max.

The films will be available on HBO Max for one month, although they can continue on in theaters simultaneously for a longer period. Warner Brothers claims that this strategy will only be in place for 2021. The move is obviously a strategic attempt to boost numbers in HBO Max to make it more competitive with Disney+ and Netflix, but it’s also an acknowledgment that movie-going is not likely to return to any semblance of normal until late in 2021, at least in the United States. HBO Max is not available anywhere except the United States, so Warner Brothers will continue to screen these films theatrically internationally, where there’s more trust in the rest of the world’s community to keep the virus under control enough to visit movie theaters.

The move will probably come as a surprise to theater chains, according to THR:

The unprecedented move is likely to catch theater owners off guard and upsets a model that has been in place for decades. Warner Bros. stresses that these are pandemic-only rules, but once something is broken, can you really put it back together again? This also raises serious concerns about the landscape of movie-going in 2021.

I think it’s a bitter pill to swallow — acknowledging that we may not return to theaters in mass numbers soon — but I think it’s probably a smart move for Warner Brothers. HBO’s television series offerings are likely to falter in 2021 because the pandemic has halted production on a number of series. Making Matrix 4, Dune, and Space Jam available will keep subscribers hooked onto the streaming service as it navigates lean times, content-wise. Additionally, the marketplace will be intensely competing over what little market there might be in theaters in 2021, and this allows Warner Brothers a competitive advantage, so to speak, for eyes and ears.

In addition to the aforementioned films, WB’s 2021 slate will include, Space Jam: A New Legacy, Little Things, Judas and the Black Messiah, Tom & Jerry, Mortal Kombat, Those Who Wish Me Dead, The Conjuring: The Devil Made Me Do It, In The Heights, Reminiscence, Malignant, The Many Saints of Newark, King Richard and Cry Macho.

If you aren’t an HBO Max subscriber yet, now might be a good time to sign up (if only for The Flight Attendant!)