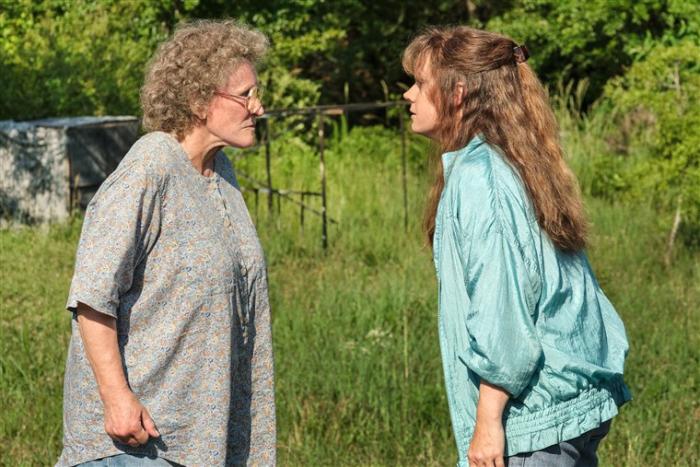 Hillbilly Elegy is an easy movie to mock because it is a bad film, although Amy Adams is modestly decent in it, and Glenn Close considerably less so, despite reminding me in appearance of my own MeMaw. It’s a film that treats its subjects — Appalachia hill folk — as curiosities, and it mistakes a series of unfortunate events for plot. I won’t judge director Ron Howard too harshly for its mawkishness and its excesses, however. He does a remarkably good job of translating JD Vance’s memoir to the screen. The fault with Hillbilly Elegy lies with its subject material, a memoir about a dirt poor Southern kid who says “syrup” wrong (join the club!), and who makes it out and goes all the way to Yale, but who takes all the wrong lessons away from his experience.

As a film, Hillbilly Elegy is two hours of cringe, although it’s (unintentionally) remarkable for the way it highlights the worst aspects of Vance’s memoir. When it came out in 2016 and inexplicably skyrocketed up the bestseller lists, more than a few people recommended it to me if for no other reason than Vance’s experiences echoed so many of my own. He grew up in white-trash Kentucky, and I grew up in white-trash Arkansas, but we both weathered similar ordeals — drug abuse; dysfunctional, suicidal parents, near-death experiences. We both even had our law-school experiences interrupted by the overdoses of our respective single parents, although in my case, my father succumbed to his.

The reality, however, is that these experiences are endemic to this particular socioeconomic strata, and the only thing that makes Vance’s story — or mine — special is that we escaped and can write about those experiences with judgment from the safety of our elevated educational and income brackets. The difference between Vance and me, however, is that — though it’s not emphasized as much in the movie — Vance mostly credits himself for his escape. He yanked himself up by the bootstraps, and he escaped in spite of the people around him who tried to pull him back down, most notably his mother, Beverly (Adams).

Vance famously came out of the experience a staunch Republican who blames the social safety net — welfare, food stamps, etc. — for the inability of others to escape their lot. It keeps them lazy and removes their motivation, he argues. It’s a very Clintonian view (and Bill himself had his own share of white-trash experiences growing up), and it’s also an easy, self-aggrandizing trap to fall into. Vance is a guy who won the lottery and insists that hard work and determination are the reasons why he picked the random winning numbers. What the Democratic ideology and the social safety really does is to rob Vance of some of the credit behind his success, and Vance wants to keep it all to himself.

What he does not consider, however, are all the people who fail in spite of the hard work and determination. He doesn’t account for how systematic poverty is, how much luck is involved in escaping it, and how many people get swept up by the undertow of it every time they reach down for those bootstraps. He fails to account for all those kind souls — teachers, community members, the parents of friends — who take an interest in us, and who introduce the idea of college, who provide us with the vernacular necessary to apply, and who teach us what forks to use during those fancy dinners (I will credit the movie for at least excellently capturing that particular anxiety).

Nor does Hillbilly Elegy account for our white privilege — in neither the movie nor the book does Vance ever reckon with the fact that if he were Black or brown, the exact same experiences might produce drastically different outcomes. If Bev were Black and had chased her son into a stranger’s house threatening to kill him, no police officer would have let her go. If she were Hispanic, she would not have received second, third, fourth, and fifth chances after drug offenses.

The ideology comes out of a very narrow perspective, but Vance — who went to Yale Law School, and married well, and lives comfortably with his wife and kids in Cincinnati, where he works in venture capital for Peter (f**king) Thiel — apparently believes that generations of his own family and populations of small towns all across Appalachia have endured poverty because … the government robbed them of their ambition by giving them just enough money to barely eke out a miserable survival?

But sure, JD (SPOILERS): You succeeded because your Memaw pushed you to do well on that algebra test she gazed upon tearily in the climactic moments of Hillbilly Elegy, and you made it because you — and only you — were smart enough to finally abandon your mother while she was feeling suicidal so that you could drive 10 hours to make it on time to a callback interview for a fancy law firm, because oh no! Whatever would have happened to a graduate of Yale Law school if he’d missed that one interview so that he could instead tend to his mother who had just OD’d on heroin?

But yeah, sure, JD, Bev would have never found her way to sobriety had you not deserted her in a motel after a hospital discharged her because she didn’t have the very insurance that Republicanism prevented her from having.

So inspiring, JD! So. very. inspiring. Ron Howard bathes that moment in a big, maudlin score and softens it afterward with a romantic phone call with his girlfriend, but it doesn’t obscure the obvious message of this film, which is this: Get yours, no matter what. Is that not the Republican ideology in its truest form? “I love you,” JD tells his mother as she weeps after trying to cut herself. “I’ll do everything I can to help you, but I can’t stay,” he says before driving all night toward the thing that matters the most: His interview with a law firm.

← Review: 'Dolly Parton's Christmas on the Square' May Be More Than The World Deserves | Review: Jeez, 'Stardust,' What Did David Bowie Do To You To Deserve a Biopic This Lackluster? →