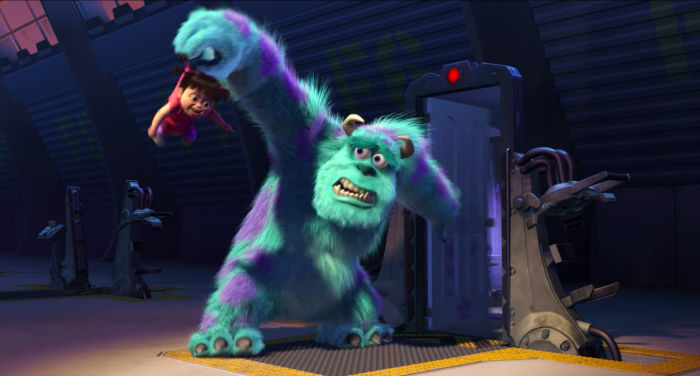 The Daily Wire Announces It Will Take On Disney

I’ve been watching a lot of videos on YouTube by a new breed of non-theistic creators and, unlike the collection of assholes or proto-fascists that made the first wave (in the early 2010s), these guys do a more insightful, fairer and systemic critique of religion. Taking the piss out of the Bible’s contradictions and absurdities is easy; pointing out the intersections between Christian fundamentalism, terrible public policy and the erosion of democracy is hard, but also you can do that while acknowledging and supporting progressive religious movements.

One of the things that has shocked me is the extent to which the cultural bubble of Christian fundamentalists lives in the US and everywhere. It’s one thing to have a far-right political bubble for adults, hinged on Fox News, talk radio, and Facebook, but I still have a hard time processing that there are millions of children in this day and age, on this side of the world, for whom the only source of entertainment were things like the VeggieTales, crudely animated Bible tales and CCM, instead of Cartoon Network, Sesame Street, Saturday morning cartoons or Nickelodeon. Maybe, maybe they were allowed to watch Disney movies, but even ’90s Disney was too Center-of-Right for US Conservatism. I couldn’t help but wonder … how?

Well, at least conservative parents needn’t worry about the “what” — as in what to show our children — because The Daily Wire, the far-right media outlet that Ben-Shapiro built, has just announced that they will pour $100 million dollars, over three years, into the development of children’s content for their brand-new SVOD platform.

We have covered before how this platform is an attempt to create far-right political content for the whole family. However, this announcement is certainly a huge leap of faith and one hell of an investment for a platform that only counts two or three originals at the moment. It’s one thing to headhunt C-List producers or pick up the rights for D-List films that were rejected even by Netflix, but it’s a whole other thing to create content from scratch, in-house, and for children of all people. That is, if you want to put any effort into the endeavor.

As you might imagine, Shapiro announced this on his podcast using predictable arguments: That he loved Disney when he was younger and that he was raised on it but then everything turned wooooookeee and pro-LGTBQI+ (not using those words to refer to the community), etc., etc. Parents don’t wanna have to pay to leftist media conglomerates that indoctrinate children, blah-blah-blah; the liberal-communists woke mob forced us to do this after they canceled Gov. DeSantis for simply trying to impose Russian-style legislation against queer kids, yada-yada … you just know they have been planning this new way of grifting their listeners for a while.

By the way, how much will Disney be spending on content this fiscal year? Thirty-three billion dollars? Hey!, hey! Don’t you laugh! Everyone has to start somewhere, and there’s plenty of space for Shapiro to grow.

Nevertheless, I think we should never dismiss what we should put into a threat matrix, and $100 million over three years can go a long way because as you might’ve heard, animators are the most exploited people in the Film & TV industries other than personal assistants. That’s just in the US; outsourcing will give Bennie Fascist a lot of alternatives to create content that could almost pass as actual series or movies. This would put him at odds with the America First crowd, but they can double-talk their way out of that. Maybe they could turn to North Korea’s infamous SEK Studio!

There have been no specifics about what kind of shows (both live-action and animated) will be hosted by the platform, but apparently, they already have some concept samples, if you can tell them from the screenshot below. And no, I won’t click on his stuff to grab a better look nor will I embed any of his videos here for the same reason I chose that Monsters Inc. screenshot in the banner. Nobody wants to see Shapiro’s face if they don’t have to.

Whatever it is, it looks generic and puts them further behind the curve. No one really does the Brand Name+KIDS anymore, that’s sooo ’90s lame. Do they actually know how hard it is to make content that will keep children engaged (even mediocre stuff) in this day and age when even Disney is afraid of kids preferring at least four alternative means of entertainment before movies and TV? They are going to fail at it not because their content will promote hateful ideologies or because the quality will obviously be subpar, but because children can totally tell when they are being lectured. While they don’t have the best taste in culture, they can tell an inferior product from the Hilda’s and Gravity Falls. They only have one market: The kind of children that have no choice but to watch stuff that talks down to them, the ones being raised in fundamentalist bubbles. Even then, they’ll find a way to get their hand on the good stuff, and it will be like the first time you try quality pizza after a lifetime eating Pizza Hut: You will still prefer the plastic stuff for a while, but your tastebuds are forever changed.

How do you keep children isolated from mainstream culture, even from the good stuff? Chile, during the ’90s, went quickly from a third-world country into a second-world country, and in that time, the widespread adoption of TV and cable gave millions of kids across income brackets access to almost the same content and the same cultural references. No one could possibly say this is not important in children’s development. Crucially so.

It’s depressing that there are whole demographics of children that did not have access to mainstream media for children, especially because from the ’90s onwards, the content only got better. Basically, the kind of parents who will raise their children on VeggieTales, PureFlix or Daily Wire KIDZ are giving their children the Dollar-General equivalent of culture, or whatever metaphor for a cheap, crudely made and potentially toluene-laced thing that fits the bill. Raising children in a cultural and artistic wasteland is a form of abuse.

If you want to have an idea of what these shows would look like, watch this breakdown of what the friends of BennyBoy at PragerU are doing. Five words: Frederick Douglass subservient to ‘MURRICA.


← HBO's 'Julia' is A Delicious Lesson in Determination | 'Atlanta' Recap, 'The Old Man And The Tree' →