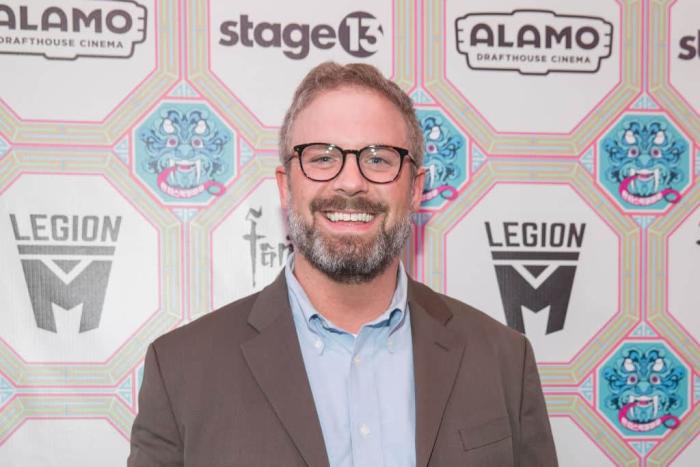 Is there anything more exhausting than someone who gets faux-outraged over the supposed forcing of politics into pop culture, only to constantly do the same thing while claiming it’s not that? You know the type: the ones who think Star Wars needs to stay apolitical like all normal space operas about invading empires. They’re probably furious about lady Ghostbusters and female video game characters in sensible clothing. Everything is a disgusting attempt to censor them from talking about how they just don’t understand why invoking anti-Semitic propaganda is so bad. Bloody SJWs, amirite?

Well, let me introduce you to Dallas Sonnier. The producer and businessman founded Cinestate and has credits on films like Bone Tomahawk, Dragged Across Concrete, and Puppet Master: The Littlest Reich. He was recently interviewed for Spin, although ‘interview’ feels a touch too journalistic for what was basically a fanboy fawning session. The writer explains how he was so overwhelmed by S. Craig Zahler’s Dragged Across Concrete that he cold-emailed Sonnier to chat. What follows is a wild series of quotes, contradictions, and outright laughable claims.

‘For the producer, it was a relatively quiet year,’ the piece says, which is a funny way of stating that Sonnier’s Cinestate was caught up in a major scandal surrounding accusations of sexual misconduct. The report published by The Daily Beast alleges that ten people reached out to either Sonnier or production president Amanda Presmyk to inform them of instances of harassment and that their pleas fell on deaf ears.

Before we even get to the interview, the piece fawns over how Sonnier bravely decided to sell a school-shooting action film, Run Hide Fight to Ben Shapiro’s website, then immediately pick up Gina Carano for a project after she was fired from Disney for being transphobic and posting anti-Semitic memes (the piece doesn’t mention these details, funnily enough.) By the way, none of this is political. ‘I never let my personal politics inform the movie I’m making,’ says the self-described conservative working with Shapiro and Carano. Super devoid of politics.

Sonnier is positioned by the interviewer as some sort of daring provocateur, a brave radical who ‘isn’t politically motivated’ and only wants to work ‘outside an industry that has become zealous about identity politics, far-left agendas, and shutting out anyone who disagrees.’ You know those overtly sensitive bullies who think minor slights like anti-Semitism are no big whoop. Very normal. Much brave.

Have I mentioned that I haven’t even gotten to the interview. Let’s post a few choice quotes. When asked about Bone Tomahawk, the acclaimed and deeply violent Western, Sonnier claims that the Toronto International Film Festival angrily rejected it:

‘We then sent the film to the Toronto Film Festival and we’ve had many films play there in the past. The programmer called and said, “I hate this movie. Why did you send this to me?” I was stunned. Thankfully we had an invitation to Fantastic Fest in our back pocket. They went crazy for it. Actually, the first couple of tweets after the film played were bad, but then the next thousand were raves and I thought, “Thank God, I can keep my house.”’

Fuck You Dallas Sonnier. I NEVER said that. NEVER. Keep in mind I only picked TEN films a year for Midnight Madness. Yours didn't make the cut. And refresh me, tell me the "many" films you had play at TIFF in the past. I seem to have forgotten…. pic.twitter.com/6GLKcSqvEa

If you have been present for the land acknowledge at any TIFF screening you might be clued into why the film was not a fit for the Festival at that time. That was just one issue I had with it.

This ‘egregious’ censorship of Bone Tomahawk is then compared by the interviewer to TIFF programmers loving the Louis C.K. film I Love You, Daddy. I’m trying not to just go ‘uh-huh’ all the time with this interview, but it feels like the level of intellectual engagement this self-aggrandizement calls for.

Sonnier then tries to detail how he went from being a big Hollywood player to a wily independent artiste in Texas:

‘I was a manager in Hollywood for years. I was quintessential in the success of Greta Gerwig, a big part of the launching of Leslye Headland, of Jenny Lumet. I was repping strong, independent, amazingly talented women before it was en vogue. I wasn’t doing it to pat myself on the back or signal all my virtue. I was doing it because they deserved to be seen. Their work was literal art. It had nothing to do with politics or gender or any of this stuff.

What has happened since — and you can tie it directly to Obama’s second term, Benghazi and lying to the American people — the world shifted. Truth was upside down. Everything was about something else. I was looking at Hollywood thinking, “Something’s coming. This is weird.” I was having conversations with people and they’re talking in ways I don’t even recognize. I knew that I needed to go outside the system and build my own ecosystem. I sold my house to Kylie Jenner, of all people, and ended moving back to Texas, making movies, with one foot still in the system.’

I’m almost impressed with how he still manages to work in a Jenner/Kardashian dig. Is there a checklist he’s working from or something? While Sonnier has ‘special thanks’ credits on two Leslye Hedland movies, there are no credits for anything relating to Greta Gerwig or Jenny Lumet’s work. He managed Gerwig during her earlier years. This is not to downplay any of his early work, but the weird taking of credit for the contributions of three incredible female filmmakers, only to then claim that their work is devoid of ‘politics or gender or any of this stuff’ is wholly tedious. Gerwig, Lumet, and Hedland all make wonderful work that engages with themes of womanhood, gender norms, and family. It’s wildly condescending to play the ‘not like other girls’ card with any of them, not to mention all the women directors who are then sneered at by implication. That quote is also him saying the quiet part out loud. Every woman can tell you how even mentioning gender or the dreaded word ‘feminism’ in the context of pop culture will inevitably lead to a barrage of anger in their comments over how they’re forcing politics into everything. Our mere existence is questioned as an agenda.

Sonnier then claims that his non-political business decisions are great for business because he’s… *checks notes*… deliberately working with politically contentious people:

‘If you put two lists together, side-by-side, of all the people I no longer can work with due to politics and who I can work with due to politics, one list is full of losers and the other are a bunch of juggernauts. In my favor. For me, by connecting with The Daily Wire and having Ben Shapiro, who is trusted by millions of people, say, “we are backing this movie, you should watch it,” was extraordinary. I had never experienced anything like that ever before and you better believe I’m doubling down on it. And now, to be able to be the catalyst to the Gina Carano/Daily Wire project, 36 hours after Disney bullied her, stepping way out of bounds in their statement about her, the announcement we made was bigger news than the original story.’

I mean, I would argue the bigger story was Carano repeatedly engaging in transphobia, right-wing conspiracy theories, and sharing anti-Semitic memes, but you know, go off, as the kids say. It’s hilarious how these guys tie themselves in knots so quickly: Oh, I keep my politics out of things but isn’t it awesome that all these alt-right creeps are my new BFFs? This won’t backfire in any way at all.

Then it comes to Run Hide Fight, the film about a school shooting that critics lambasted for shallow politics, utter lack of taste, and technical ineptitude. It’s not just that critics took umbrage with the inherent politics of a movie turning the epidemic of American school shootings into a revenge action story; they just thought it was really badly made. David Ehrlich of IndieWire said it was ‘a glib, artless, and reprehensibly stupid thriller that doesn’t even have enough on its mind to be provocative.’

The thing about the right-wing hijacking of pop culture discourse is that they will just insist that bad art was too radical for the namby-pamby liberals. It is hilarious to see Fox News lovers fall over themselves to pretend they like Ariel Pink or whatever just because their politics align. With Run Hide Fight, Sonnier just repeats his favorite line about politics being apolitical when it pleases him:

‘I had had a coffee with Ben Shapiro a year prior. We talked about movies, talked about politics, lots of interesting stuff. At the end of the conversation I said, “Let’s make a movie together.” He said, “That sounds great, but if we make a movie together, you’ll have to leave my name off or you’ll get killed.” I told him, “Are you kidding me? We’re gonna put your name all over the movie!” Having remembered that conversation, I brought Run Hide Fight to them. I’ve never felt more internal support, for marketing, for cutting trailers, designing posters, etc. I cannot evangelize enough the greatness of working with the Daily Wire. Which is why we’re doing it again with Gina and probably a bunch of projects down the line. Everyone can take their personal politics and shove it straight up their ass.’

Big snaps to Sonnier for getting through this without using the terms ‘triggered’, ‘cuck’, or ‘TERF is a slur.’ By the end of this interview, I was mostly laughing at how wilfully blind this guy was to his own hypocrisies. Then again, that’s par for the course with this kind of fake-provocateur we see in every corner of so-called geek fandom. ‘Stop shoving your politics into my childhood movies,’ says the YouTuber angry that he’s being forced to acknowledge Black heroes in Star Wars. ‘Let’s hijack the Hugo Awards to push out all those politics,’ cries the guy who writes military sci-fi. I’m so sick of multi-billion-dollar corporations showing examples of vague human decency when they could be writing 54-tweet threads on how it’s reverse racist to take the Song of the South stuff out of Splash Mountain.

If Sonnier wants to model himself as some conservative producer genius, go for it. I’m sure there are lots of artistic opportunities with the likes of Ben ‘p*ssies don’t get wet’ Shapiro. I’m curious to see what will be the inevitable line in the sand for Cinestate when they’re actively marketing themselves as the allies of people who will do, say, and fund anything for attention. When do the anti-Semitic memes get too spicy for Dallas, I wonder.

But come on, just say it’s political. The insistence that there is something inherently devoid of politics in making right-wing projects with right-wing people then bragging about how provocative and anti-Hollywood there are is, if nothing else, fascinating. But he’s not really talking about politics here. He’s talking about identity and the mere act of people wanting it acknowledged. He’s not doing anything different from Shaprio, really. Just a little more subtle, I suppose. Emphasis on ‘little.’

← What Will it Take for the Age of the Hollywood Tyrant to End? | It's a Big Week for Fathers of Daughters on 'Mare of Easttown' → 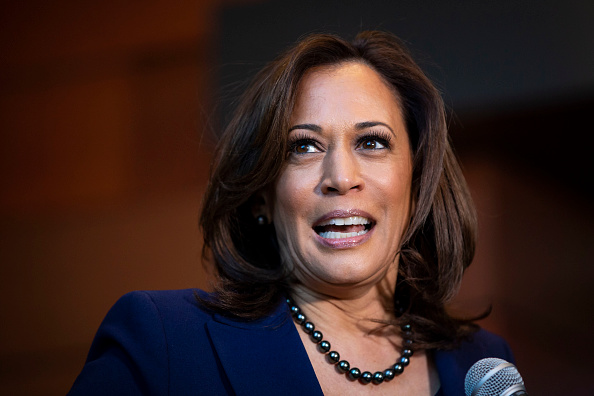