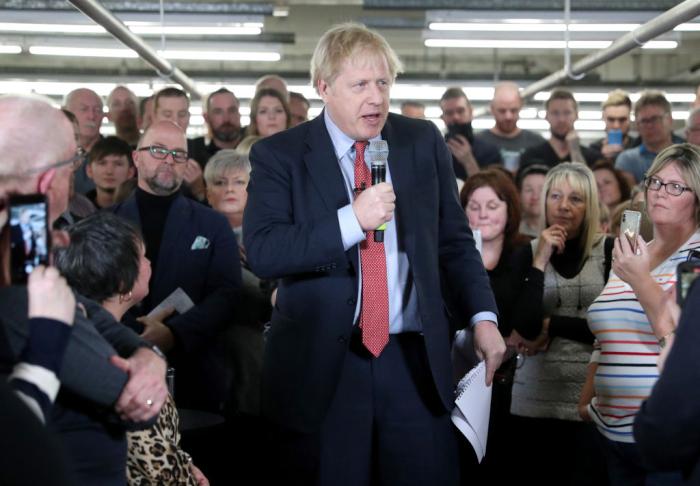 Stock the fridge, fill up the kettle, and put on those thermal pyjamas: Election Day 2019 is upon us, and this time, it’s cold and miserable out there! It’s the least wonderful time of the year for an all-nighter watching the results slowly trickle in, so instead of dreading the Long Night, let’s take a moment to do some more Brexit karaoke, on this, the eve of NOT ANOTHER ONE FOR THE LOVE OF GOD!

You may have sensed a slight tone of despair there, sorry. But as much as I’m hoping the election ends up looking something like this: 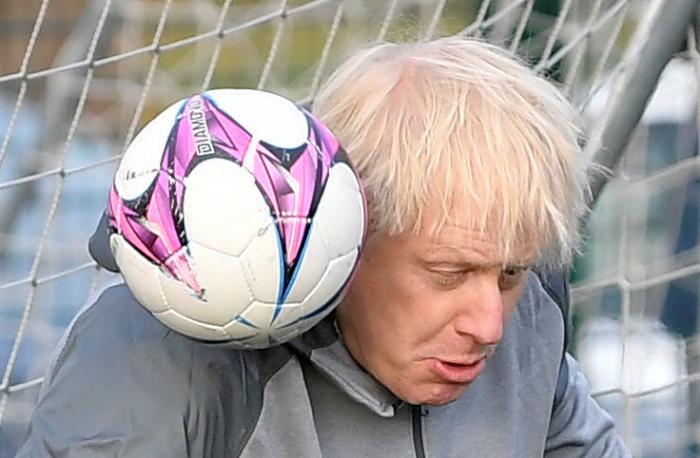 …the polls aren’t supporting that. Yet. As we go into the big day, it’s still all to play for, I guess! Let’s just say, I made my predictions a month ago, and I’m sticking to them for now. Are there still lots of Shy Tories who will come out of hiding and deliver a landslide? Do we now have Shy Labour fans who could do the same? Will the public deliver a ‘sod the lot of you’ vote instead? It’s relatable; I’ve finally picked my horse in this race and it’s neither a Borisy one nor a Jeremy one. If any of you are still making your minds up, I’d recommend checking one of the many tactical voting sites that are available or working through something like this policy checker, which gets you to rate policies without seeing the party that they belong to.

But I promised you a song. As always, some poetic licence has been applied, but this one features the usual cast of characters, previously seen in Etonian Catastrophe, Master of the House, and Theresa’s Horrendous Technicolour Brexit. (I’ve done nearly enough for a whole musical now!) So without further ado, press play and sing along!

BORIS JOHNSON
One day more.
Another vote to seal my destiny,
And end this Brexit back and forth-ery;
These plebs who think I like Farage
Will surely put me back in charge.
One day more.

THERESA MAY
And so my deal is back in play,
The one that BoJo called a floater.

THERESA MAY AND PHILIP HAMMOND
He’s tweaked some lines along the way,
But can he sell it to the voters?

ANNA SOUBRY
One more day all on my own.

ANNA SOUBRY
One more day to stop a Brexit!

ANNA SOUBRY
Will we get a People’s Vote?

NICOLA STURGEON
One more day before the storm!

THERESA MAY
If he wins, then I win too…

NICOLA STURGEON
Scotland’s on the cusp of freedom.

THERESA MAY
if he fails, he’ll get the sack!

IAN BLACKFORD
When our ranks begin to form

THERESA MAY
Then they’ll want the May-ster back!

LABOUR ACTIVISTS
Our time is now, the day is here…

JEREMY CORBYN
One day more to revolution,
We will kick the Tories out!
We’ll be coming for those posh boys,
They will wet themselves, no doubt!

NIGEL FARAGE AND ARRON BANKS
Sitting in the pub,
Think we’ll have a ball,
Never know your luck
When sterling takes a fall!
Never tell the truth,
When you can make it up—
Most of them are dummies
And they don’t check much!

UNITE TO REMAIN ALLIANCE (PLAID CYMRU, GREENS, LIB DEMS)
One day to a new beginning!
We can beat them if we try!

NORTHERN IRISH ALLIES
Even we can be a team!

UNITE TO REMAIN
Even they can be a team!
There’s Remain votes for the winning,

LIB DEMS
There’s a centre to be won.

UNITE TO REMAIN
Do you hear Remainers sing?

HUGH GRANT (standing with the Remain parties and the Independents, bathed in golden light)
My place is here, I fight with you!

All hell breaks loose. Everyone is singing at once. If you listen very carefully, you might be able to pick out the following:

ANNA SOUBRY
One more day all on my own!

ED MILIBAND
I blame that sandwich for this nonsense

GREENS AND PLAID CYMRU
We will make a pact with Swinson
And pick up Remainer votes!

TORIES
We will act like we’re the saviours
Even though we’ve been in power!

BRENDA FROM BRISTOL
You’re joking. Not another one?!

POLLING STATION STAFF MEMBERS 1 and 2
Tired already, hear us groan
And yet the day has barely started

CORBYN
One day more to revolution,
We will kick the Tories out!
We’ll be coming for those posh boys,

FARAGE AND BANKS
Sitting in the pub,
Think we’ll have a ball,
Never know your luck
When sterling takes a fall

LABOUR BACKBENCHERS
Tomorrow we’ll be tense all day,
Tomorrow is the judgement day.

ALL
Tomorrow we’ll discover
What our short-term future has in store!
One more dawn.
One more day.
One day more!

Good luck everyone. I’m sure that whatever happens tomorrow, the Queen will have a sassy brooch picked out for the occasion. Maybe it will look like this:

← 'Which Actor Would Have the Best Story Arc If All They're Roles Were a Continuation Of One Another?' | 'Logan' is a Modern Western About Hope, Trauma, and Guns in the Valley →