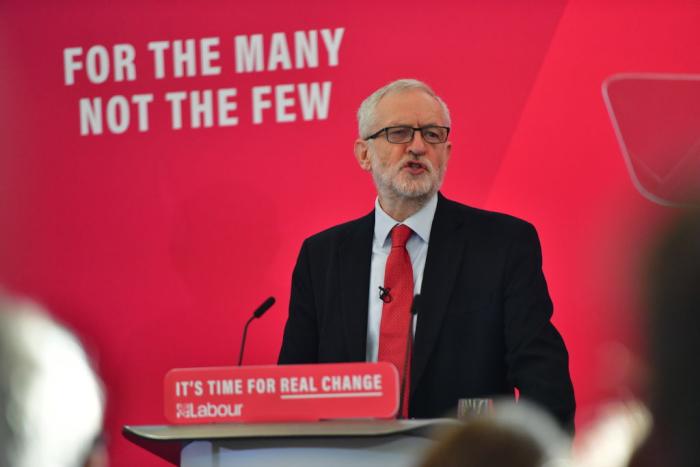 In Politics, Purity Is Pointless If You Don’t Win

The UK’s General Election is less than a month away, which means two things: 1) I have already written my Election Day song (spoiler alert: it’s even more epic than the last one!) and 2) it’s getting nasty over here. Sadly not the evil genius kind of nasty, but the petty tweets at dawn kind of nasty.

At times like this, I find myself wishing there were some evil geniuses working for the good guys. Is a good evil genius too much to ask for? If we don’t start channeling our inner Slytherins soon, all that’s going to happen on Friday 13th is that we’re going to get annihilated. Hopefully just figuratively, but who the hell even knows any more?

Noble as it is, “when they go low, we go high” only gets you so far. Turning the other cheek just gets you slapped twice. In the polls, the Tories are still doing all the slapping. They have their evil genius, Dominic Cummings, king of the easy fib soundbite. (Who could be a good foil for Dominic Cummings? Mistress Goings? Where can we find her?) When they go low, we go home empty-handed, noble in defeat, but defeated nonetheless, leaving the country facing a hard Brexit and five years of Tory rule under the most right-wing government the country has seen in years. But at least we went high, right?

We had one hope and it was working as a team. Some parties have managed it, striking deals not to stand against each other in some constituencies, to prevent splitting the vote on the Remain side. Farage’s Brexit Party was sure to do some damage to the Tories, and that would help… But then, the inevitable happened: Farage suddenly decided* not to contest seats held by Conservatives, opting to focus on hitting Labour in Leave heartlands. (*I’m sure we can’t legally speculate on the reasons for the decision, But Really In Britain Everything Depends on whether you can read between the lines and spot the not-so-secret codes in play. Huh, the formatting went all squiffy there. No idea how that happened.)

Not only do the right wing have an evil genius, but they also have parties willing to work together in exchange for peerages a win. Sure, people like Farage can shed principles like they’re sloughing off this season’s skinsuit; we expect it. They aren’t real principles, we tell ourselves. They were just a means to an end. Not like ours. Ours are solid! Unyielding! And good! They’re just no use to anyone unless we’re in a position to act on them.

There is no victory without compromise anymore. The two-party system seems to be a thing of the past. The right wing has figured that out, and poppets, they’re ganging up on the rest of us. And unless we all sully ourselves a little bit, they are going to win.

The teamwork we’re seeing from Plaid Cymru, the Greens and the Lib Dems isn’t going to amount to much unless Labour and the SNP get on board. What’s standing in the way? A whole lotta history, some unpopulism and some pesky referenda.

When populism isn’t that popular, the populists will go loudly into the night and claim moral victory in the face of actual defeat. The unpopulists need a little dash of pragmatism; dear Labour, you can’t win without Scotland, and you can’t win Scotland yourself. Elsewhere in the UK, you’ve found a slightly more comfortable position on the Brexit fence now, but you’ve been so ambivalent that Remainers don’t trust you. Rather than start wildly promising free stuff to everyone, just make some friends! Making friends would be a public admission that you can’t win it on your own, but if you haven’t figured that out already, you’re in worse shape than I thought.

Dear Lib Dems, we know that you have to market yourselves as Not Labour or the Tories, because that’s what gets you votes, but you’re not going to win it on your own either. Just chipping away at both sides isn’t going to help much in the long run.

Dear SNP, you’re going to win Scotland again, because you’re badasses. You want more for Scotland, and I don’t blame you. You shouldn’t get dragged out of the EU when they were a big part of why you stayed in the UK. Want to either have the chance to stay in both unions, or another chance to leave us? There is a way… (But please don’t go, Scotland! Or if you do, please take some of us with you!)

Labour: stop calling the Lib Dems yellow Tories. The Coalition was a long time ago — not in real years, but in Brexit years. It happened under very different circumstances; that was the “I agree with Nick” era, where Clegg, Cameron and Brown’s parties seemed much closer together. And all three parties were planning austerity measures, so don’t lay all of that at the LD door. Besides, think of it this way: the Lib Dems were compliant coalition partners. Wouldn’t that be useful? To work with the Lib Dems and the SNP, you would have to tone everything down a bit, have another referendum on Scottish independence, and come out harder for Remain in that second EU referendum you’ve already promised. In exchange, the Tories would be out and sulking. Isn’t that enough? Is the image of Boris, mortified and hungover, shuffling out of number 10 as officially the worst PM ever, enough to get you to work together?

How about this: those principles you cling to? So many of those are an illusion anyway. You’ve got your own problems, my dears. You’re in denial about the anti-semitism in your ranks. (While I’m here, claiming that the complaints of anti-semitism are just part of a nefarious Jewish conspiracy to undermine Corbyn because those rich Jews don’t want to pay more taxes — that’s pretty anti-semitic, folks. So is shouting “yeah, but Israel…” every time the issue is mentioned.) You’re so fixed, certain and intransigent on everything, except the most divisive issue we face — Brexit — because saying how you really feel might cost you votes and you’d rather play both sides for political convenience. You make a big song and dance about befriending enemies in the name of peace, and that’s why Corbyn was “present but not involved” at shady stuff, yet you save up your bile to throw at parties that aren’t too far away from you on the political spectrum. You can offer an olive branch to Gerry Adams, but not Jo Swinson? Come on, man.

A rainbow coalition would be the “coalition of chaos” that David Cameron tried to warn everyone about in 2015. (Ah, more innocent times, where a bacon sandwich was career-ending. Takes you back.) But damn, “coalition of chaos” and “rainbow coalition” sound cool right now. Imagine the T-shirts! OK, what if you rename it “Tories Can Suck It”, or “So Long, Tory F*ckers”, or “We all kinda hate this a bit but it’s better than the alternative”? There are sexier slogans than “Better is a relative term”, sure. How about “Fine, diss the status quo, but they had some hits in their day”? You know what, I’ll keep working on it. You go ahead and start talking to each other. Offer some trades. Stand down where the other team has a stronger chance of winning. Choose your battles, and choose them wisely. Summon Mistress Goings, if there is such a person.

We can’t afford a pure and noble defeat. The country deserves more than that. You want to ease the suffering of the poor? Drastically improve everyone’s quality of life? Save the NHS? Save the world? You’ve got to win, sweetie. Win first. If you all have to water things down a bit to get there, isn’t it worth it?

← 'Last Week Tonight: The Power of a Simple, Petty Act to Piss Off Donald Trump | Review: Every Older Relative You Have Will Praise 'Midway' This Thanksgiving →