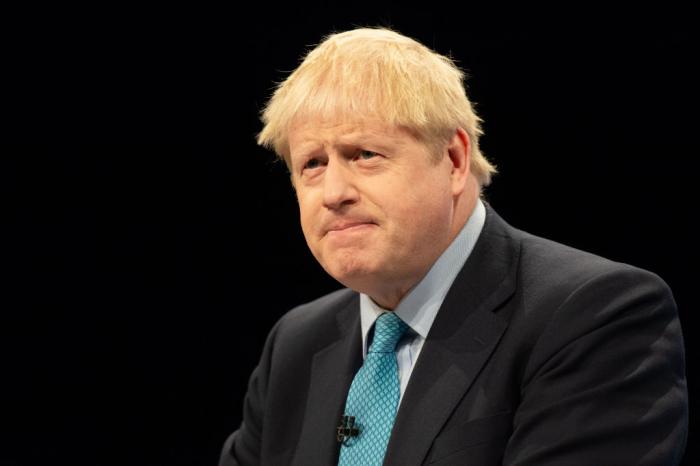 Hi everyone! Long time, no Brexity chat! So much has nearly happened since our last catch up. Let’s see… There was some back and forth about a Deal, some Brexit-themed protests, a Brexit delay, and a lot of dispute about whether to have another General Election… Pretty much business as post-2016 normal!

Oh god, it’s been three and a half years, and although everything is all dramatic and unprecedented and shocking, we’ve reached a point where that has become routine. Aunt Lydia was right all along, wasn’t she? This has all become ordinary. Shudder.

Sorry, where was I? Oh yes. Latest efforts. Boris Johnson’s given up on trying to get Parliament to vote for his Brexit Deal, and has decided that a different Parliament might be more to his liking. This means he has now shamelessly copied Theresa May’s homework twice: once when he took May’s deal, the document he so lovingly described as a “big turd”, re-wrote a paragraph on the Northern Ireland backstop and tried to pass it off as his own; and then again when he decided he should attempt the May Manoeuvre of a snap General Election. Part of me wants to shake my head at his hypocrisy for copying a “girly swot”; another part is astounded by the arrogance of a man who thinks he can succeed using the tactics of a PM who failed miserably, because he believes in his own spaffy charisma. There’s another part of me though, which is very worried indeed. For some reason, there are people who like Boris Johnson. On purpose. I know, right?

That’s why my reaction to the news of the third General Election in four years was more ‘ground control to major wiggins’ than ‘do you hear the people sing’. Now, I am notoriously rubbish at predicting the outcome of national votes — with the exception of the 2017 election, where my accurate guess of ‘bet it’s going to be a Hung Parliament FML’ was more the result of apathy and too much Disaronno than a poll-based prognosis or prophetic tingle — but let’s have a look at how this could work out!

Scenario 1: The Tories win
Early polls suggest this is the most likely outcome. It’s the worst of the likely outcomes, and the second worst of all the potential outcomes. If this happens, stage one of Brexit will be completed by the end of January, and we’ll be out on the terms of Johnson’s Deal. Probably.

Scenario 2: Labour wins
Possible but as things stand, not the most likely. Corbyn’s still got strong grassroots support, and a manifesto that appeals, plus guaranteed coverage in the press to talk about this manifesto. For some who voted Labour in 2017, the enthusiasm has waned, and some of that early momentum (pun intended) has eased off. If Labour wins, they will negotiate a new deal with the EU, based on different principles to the Tory version. They will then put this to a referendum, with the other option being Remain. There isn’t time to do all this before the next Brexit deadline, so they would need to negotiate an extension first. Their Brexit policy is an attempt to appeal to both sides and avoid losing voters to the Brexit Party and the Lib Dems. Will it work? Did Corbyn stay on the fence for too long?

Scenario 3: ‘Prime Minister Nigel Farage’ happens
If people vote the way they did in the EU elections earlier this year, the Brexit Party might storm it. This would be the worst thing in the world. Like, pack your things, we’re moving bad. We’d be out on a No Deal Brexit before tea time, and the UK would turn into something that frankly doesn’t bear thinking about. Fortunately, this isn’t likely. Smaller parties do better in EU elections. Farage’s former party, UKIP, never performed well in general elections, despite their success in EU and local elections. Farage has been an MEP but never made it as an MP. Cling on to that sliver of hope, y’all.

Scenario 4: The Lib Dems make a massive comeback. Like, huge.
Part of this is very likely. Jo Swinson’s party has already grown thanks to defectors from Labour, the Conservatives and Change UK, and they may find that voters follow suit. Swindon could peel some votes away from both political wings and become a stronger force in Westminster. Can the Lib Dems win an additional 300+ seats? Probably not. But Swinson’s gambled hard on picking up the Remainer vote. If the Lib Dems are calling the shots, they would revoke Article 50 and call this whole Brexit thing off.

Scenario 5: This again. Just this. More of this.
I’m not wagering any money on anything, because if I’m wrong, I’ll need to start hoarding supplies, but another Hung Parliament is what I’m hypothetically betting on. Because it would be typical, wouldn’t it? Back to where we started? Hang on a second… Stuck repeating an impossible task, over and over… It’s like something out of Greek mythology… WAIT. THIS IS THE BAD PLACE!

If it’s a Hung Parliament, the first thing that will happen is that there will be a lot of jokes on Twitter about the word ‘hung’. I’ll make one too. It’s tradition. After that? The inter-party haggling begins. Theresa May befriended the DUP. That worked well. (Narrator: It didn’t.) David Cameron befriended the Lib Dems. That worked well. (Narrator: It didn’t.) At the moment, the only pacts we can see are between hardcore Remain parties, but after an election, it would be anyone’s guess. We’d definitely be no closer to completing that first stage of Brexit, and we would be stuck in another stalemate as we approach the new deadline of the end of January.

Anything could happen, including nothing. Again. There are polarising leaders of the main two parties. Votes on the left and the right are (potentially) split. Some of the smaller parties are making pacts with each other to avoid splitting the vote further in certain seats. Everyone thinks they can win, and they can’t all be right. But remember: we could have had chaos with Ed Miliband!

I guess all we know for sure at this stage is that when General Election 2019: It’s Back, And This Time, There’s Tinsel And Stuff happens on the 12th December, the following will happen: There’ll be a moment of “seriously?” when the exit polls are announced. The BBC graphics team will try something new and jazzy. I’ll try and stay awake all night but will fall asleep on the sofa at about 3am, only to wake up when a big name MP loses their seat in a shocking upset. If that’s one of the goodies, I might have a cry. If it’s a baddy, I’ll jeer at the TV and wake up my cat, who will then demand we start Breakfast Negotiations immediately. (He definitely won’t accept No Meal.) And it will be a looooong Friday.

This had better not ruin Christmas.

← This Week on Podjiba: 'His Dark Materials', 'Watchmen', and Apple TV+! | Just George Carlin Eviscerating Baby Boomers Like Only George Carlin Can →