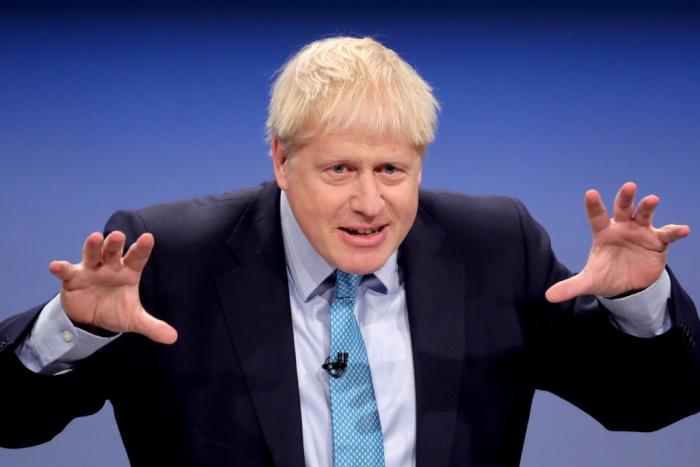 To Leave, Or Not To Leave; That Is The Question None Of Them Want To Answer Right Now

For the second time this year, we’re on the brink of Brexiting, and Brexit still dominates political discourse. One thing we can probably agree on is that we want it to be over. But when have ‘what we want’ and ‘what we get’ been in alignment recently? The UK has made its Brexity bed and now it must lie in it.

Brexit is both Boris Johnson’s opportunity and his foe. Who can forget the panicked look on Johnson’s face as he stood with Michael Gove on the morning after the referendum? Oh man, it actually happened… This was just meant to be a bit of political posturing… Go on, step up and say something. No, you. I’m not touching it. You touched it last. It’s your turn.

The ever-slippery Gove managed to dodge both responsibility and blame, opting to become the right hand man of whoever looked like they might win something, while BoJo tried to make himself a martyr to the Brexit cause. For a while, it looked like he had missed the moment he believed he had been born for. But then May refused to take the fall for everyone and suddenly, BoJo saw his chance to shine. I say shine, I mean radiate with self-important entitlement and opportunism, with the accompanying stench of tyranny and incompetence that he markets as his brand.

Since the referendum, everyone has been trying to juggle sides. When is it best to pick a side, and when is it best to try and walk a fine line between them? May tried to walk that line, and we all know how well that went. If a Medium Brexit doesn’t work, all we have left is sides. The referendum was polarising because of its nature, and as those sides haven’t neatly matched up with the traditional divides in our political system, the split has been paralysing for some, and opportunistic for others.

By using Brexit to channel the feeling of one side, Boris Johnson’s government attempts to deflect, redirect and generally skew the debate on literally everything else. Brexit becomes a means to distract the public from the latest grotesqueries; it is the latest Dead Cat in Johnson’s everlasting game of Dead Cat. ‘Because Brexit’ and ‘Yeah But Brexit’ are his rallying calls. He has framed Brexit discussion to such a degree where he claims that criticising his Brexit ‘plans’ is treason, and legislating to prevent a disastrous No Deal is surrender. Whenever scandal looms at his door, he lobs out a quick ‘Yeah But Brexit’ and that draws the eye away. That leaves the country stuck between treason and disaster capitalism. But with this approach, Johnson has tied his fate to Brexit; if it fails, so does he.

And then there’s the Labour approach. It might not seem that way at times, but I frequently wear myself out trying to complete the mental gymnastics needed to get on board with Labour, because old habits die hard. Their official Brexit stance, I will admit, carries some logic: to have a referendum offering a new choice, between two options that should both be acceptable — a Labour Deal or Remain. But Labour won’t decide what side they are on until after an election, and this is where they lose me. For Corbyn, Brexit has become the elephant in the room. Whereas Johnson can shout Brexit and hide lawbreaking, lying to the queen, sexual assault allegations and investigations into misconduct in public office, Corbyn is desperate to talk about anything other than Brexit.

Corbyn wants to talk policies instead, and you can see why, because lots of them are good policies. But he’s kidding himself if he thinks that’s enough, because we live in a world of sides, and his reluctance to choose one speaks of slipperiness. It’s not an opportunity for him; it’s heavy rocks in his pockets.

So that’s where we’re up to: on one side, a man who wants to distract us with Brexit to make himself and his friends a lot of money, and stay in power, and on the other side, a man who wants to distract us from Brexit in order to achieve power. Both men are assuming that they know what ‘the people’ really meant when they voted for Brexit. For Johnson, as long as it’s called Brexit, that’s enough to placate the angry mob, even though literally none of the groups campaigning for Brexit talked about No Deal. For Corbyn, it’s an assumption that the vote was a call for revolution, and so he will deliver a revolution even if it’s under a different flag.

Both approaches are fairly patronising, to be honest. In the meantime, is anything actually getting done about Brexit? It’s doubtful. And that’s the most worrying state of affairs because Brexit isn’t something that happens on October 31st (or whenever!) and then goes away. This is all about the starting point, and the transition period between leaving and establishing long term trading agreements. Brexit hasn’t even started yet. Don’t cry; this is going to be a long road, and you don’t want to get dehydrated this early on.

And so this battle between ‘say it’s done and then leave someone else to do the dirty work’ Johnson and ‘ugh leave me alone I don’t wanna choose’ Corbyn is frustrating to say the least. Corbyn wants to fight a different fight to the one that lies before him. And this is a shortcut to tragedy, if you’ll permit me a quick literary digression.

One way I teach Shakespearian tragic heroes is to consider them as not entirely terrible people, but rather people unequipped for what lies before them. Put them in a different situation and they are fine. They might even be great. Consider Othello and Hamlet, for instance. In their own plays, they are screwed, but let them swap places, and all of a sudden, everything’s fine. Hamlet is too suspicious of literally everyone to trust Iago; he would uncover the plot himself, and (eventually) expose Iago’s plot. Sure, he might become a misogynistic d-bag whenever he has a row with Desdemona, and will probably stab her dad, but he definitely wouldn’t be fooled by Iago. Meanwhile, in Elsinore, imagine Othello getting the news from Ghost Dad that Claudius murdered him; he’d wonder, “how shall I murder him?” for a few minutes, then pick up his sword, charge over to Claudius, stabby stabby chop chop, and the play would be over in Act One. He would also be very happy to have Horatio as an actual BFF he can trust, and he’d marry Ophelia eventually, though she’ll have to make the first move, because Othello’s rubbish at knowing when someone’s flirting with him.

Swap Corbyn into a different play and he might be OK. He’d love that. He’s desperately trying to do that. But he can’t. He’s stuck in this Brexity world, delivering agonising ‘to leave or not to leave’ soliloquies into the bathroom mirror, and generally having a crappy time of it.

Johnson doesn’t escape my Shakespearian analogy, either; he is a clown transplanted from a scene that might have roused a few groany chuckles a few centuries ago (ask Jacob Rees-Mogg, he was there) but now only makes sense as a series of creepy sex jokes performed by some weird idiot who’s here to be laughed at for a scene or two before the important stuff carries on. He’s the Drunk-Porter-Dogberry-Bottom of politicians. And he doesn’t belong in charge either.

If both sides suck, where does that leave us? Are we headed for a long winter of discontent? Are we waiting for some random character we haven’t seen to kick the door down, look curiously at the pile of bodies and declare himself the winner? Is there a bookish but narcissistic and largely useless pretty boy with a terrible reputation, who might get (another) promotion simply by virtue of being present and only a bit maimed in action? Is there a stealthy force approaching, in a cunning disguise, ready to storm the castle and seize power for themselves? Is this the best we can hope for?

I’m not really asking for much. Just a nerd who is prepared to do the work that is in front of them and who isn’t evil. Is that so hard? Is it?

Ugh, I’m this close to running away to live with the fairies in the forest. Sure, there’s chaos there, but it’s the fun, mischievous kind, not the Operation Yellowhammer kind. Plus they have good snacks, and flower crowns and stuff…

The following terrible puns didn’t quite make the cut this week, but you can have them as a little treat — bring me your best/worst offerings in the comments to win an approving nod!

When Brexit blood makes Brexit hands unclean…
He looks on Brexits, and is never shaken.
We No Deal crew, we band of buggers…
Brexiting is the soul of twit.
If No Deal be the Brexit plan, MAKE IT STOP FOR THE LOVE OF HECATE!
(Whisper this one, but you are permitted a chuckle anyway) Out, damned Trot!

← Watch: This Fantastic Video Essay on Hayao Miyazaki's Airships | Toby Loses Weight on a 'Very Special' 'This Is Us' →