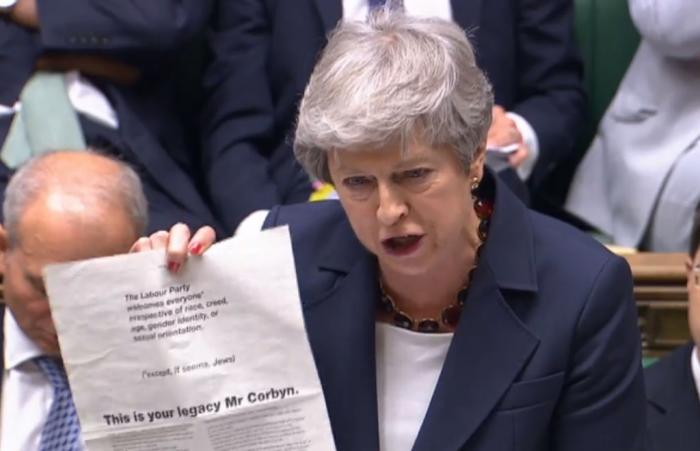 A frequent trope in politics discussion is to talk about strategies and plots using the language of games. Politicians might play the long game; they might be thinking a few moves ahead; they might be engaging in an elaborate game of chess. It’s something that only people with privilege can do, sure. What might be a bold move, or the sacrifice of a pawn, might mean life and death to everyone else. It also gives some politicians far too much credit; we are far more likely to see incompetence than Machiavellian scheming. And the game-playing we have at the moment is much closer to ridiculous than genius.

The Tories are still playing Monopoly with the public services, because some things never change, but at the same time, they are about to elect a new leader whose favourite game is Dead Cat. You know Dead Cat, right? When you are asked a difficult question, and instead of answering it, you chuck a dead cat on the table and shout ‘UGH, LOOK AT THAT GROSS DEAD CAT!’ and everybody talks about the dead cat while you scarper, whistling, still with no clue how to answer the question. That’s Boris Johnson, for you. Boris also experimented with a spin-off game of Dead Kipper, which failed as both a prop and an air-freshener.

Boris Johnson referencing kipper trade from the Isle of Man.

Worth noting the Isle of Man isn’t part of the EU or the UK, but remains part of the customs territory of the Union. pic.twitter.com/GI7hOCW8iu

Some politicians have been playing a quite staggering game of Brazen Hypocrisy. First up, Teflon Theresa herself. May condemned Trump’s racist tweets — which sort of sounded good, until you remembered the ‘go home’ buses her department created during the ‘hostile environment’ years. Nigel Farage decided to weigh in on the election of the new EU Commission president, Ursula von der Leyen, because she only won by 9 votes, which to him suggested, well, take a look:

Ursula von der Leyen has scraped in by 9 votes. Power but no legitimacy.

Some are continuing to play fast and loose with parliamentary procedures. In Brexit news, Leaving Day is still set as the end of October, and in theory, much depends on who the new Prime Minister will be. Boris, the UK’s Trump-equivalent (silly hair - check, nonsensical word salad - check, racism - check, cretinous international embarrassment - check) is apparently the favourite, for reasons unknown to anyone. The only person standing in his way is Jeremy Hunty McHuntFace. However, both want to whizz through the Brexit process no matter what —- even if that means No Deal and no Irish backstop. There is even talk of proroguing Parliament, which sounds like something Scooby Doo would say. (You just tried your Scooby voice, didn’t you?) Parliament moved to block that today, though it is still technically possible for the government to shut down Parliament so Brexit just…happens. There’s bound to be a general election soon, to try and wrap this up. Fun times! No, wait, it’s the other thing. Purgatory. Yep, that’s the one.

We’re not the only ones thoroughly bored with the incessant Brexit constipation though. In her last PMQs, Theresa May decided to play a game of No I’m Not Racist, You Are with Jeremy Corbyn, which was harsh on Corbyn because he’s still worn out from all the years spent playing Musical Brexit Chairs. The trouble is, he’s forgotten how the game works. They are supposed to keep taking chairs away, which means the game eventually ends…

But perhaps the game that got the most press recently was the giant game of Bullsh*t that Labour have been playing. Last week’s Panorama programme asked the question, ‘Is the Labour Party Antisemitic?’ and although it didn’t reach a definitive conclusion, it sparked a furious row.

The programme focused on the stories of whistle-blowers, who used to work in the complaints department at Labour HQ and were therefore responsible for investigating complaints against party members. They gave accounts of the abuse reported in complaints and alleged that the leader’s office interfered with the investigations to protect certain party members from facing sanctions. Some of these whistle-blowers outlined how this process had a detrimental impact on their mental health, from stress, to breakdowns, to suicidal thoughts. It was a very difficult programme to watch.

Corbyn’s allies were livid, and dismissed the programme as a hatchet job that misquoted, edited or ignored evidence. The online criticism generally fell into two camps: those who provided additional evidence, and those who attacked the whistle-blowers. Both camps, however, were making generous use of their standard catchphrases. (Here’s a game for you to play at home: Corbynista Bingo! Keep an eye out for the following: neoliberal, plot, Blairite, by-election…) Here are some of the arguments against the programme, because they weren’t included in it, and I’ll try to be as fair as I can.

Here’s the thing though. Some of the arguments you can spot during a game of Corbynista Bingo are clearly antisemitic, and yet they are being used to try and deny antisemitism. Arguing that complaints from Jewish members are made in bad faith or fabricated entirely because they are a) part of a sinister plot that secretly serves Israel and/or b) not properly left wing because they want to protect all their money, is overtly antisemitic. I call Bullsh*t.

Oh what a shame they didn’t run them on the credits, because some of the contributors had already made their screen debut in the undercover Documentary ‘The Lobby!’ #PanoramaHatchetJob produced and Directed by ‘Propaganda’ Productions at @BBCPanorama pic.twitter.com/b3XdHTE3md

It isn’t just fringe members saying this stuff. The official position was right there as well, cited in the programme. It’s a plot. They can’t be trusted.

These disaffected former officials include those who have always opposed Jeremy Corbyn’s leadership, worked to actively undermine him, and have both personal and political axes to grind.

One of the arguments in the programme, and something that we’ve talked about here before in relation to Bernie Sanders, is the idea that a) people on the left think that they cannot possibly be racist, and b) people hate being called racist more than they hate saying or doing racist things. As a result, it’s easy to fall back on playing No I’m Not, You Are, or Yeah, But You Suck For A Different Reason, or Never Happened, or Say Something But Do Nothing. And all of that is just more Bullsh*t.

What’s happened since the programme aired? The different factions of the party, both ideological and logistic, have been warring for years, and that’s not ending any time soon.

BREAKING: ⁦@UKLabour⁩ peers call for an independent complaints system for #anti-semitism and offer to help set it up pic.twitter.com/3OtaWraDMD

NEW - Over 200 current and former Labour staff and supporters write to condemn Labour’s handling of the Panorama documentary, accusing them of trying to “smear Jewish victims” and posing 5 questions for Corybn to answer pic.twitter.com/ud1ZuIz5pF

Labour peers have taken the unusual step of taking out an advertisement in tomorrow’s Guardian attacking Jeremy Corbyn.

Labour has sacked shadow minister Dianne Hayter after HuffPost UK reported how she compared Corbyn's leadership with "the last days of Hitler".

I don’t have a conclusion for you on whether Jeremy Corbyn is antisemitic, whether it’s a pocketful of Labour members, or whether it’s something that has polluted the whole party. Here’s what I can conclude though. I believe people when they say they have been on the receiving end of abuse. I believe that Corbyn is either antisemitic, or foolish, or one of the unluckiest people in the world for ending up in hot water on this issue as many times as he has. I believe the party is more concerned with appearing anti-racist than in being anti-racist. I believe that saying these things openly makes people vulnerable to vile online bullying. And it is a toxic mess.

Why have I spent so much time on Labour’s problems in this piece? In the interest of being as open as possible, I’ll play a little game of Very Clear for you now. It’s not because I’m part of a mainstream media conspiracy to attack a set of principles because I’m scared they will make me poorer, or because I’m part of a Zionist plot, or in the pay of Israel. I’m not part of a Blairite coup, though my politics are closer to that side of Labour than its current position. I voted for Labour in the last general election, though I’m unlikely to do so again any time soon, primarily because of Brexit and this anti-semitism row. I’m not a Red Tory; I’m a public sector employee and a trade unionist. I’m not a paid up Labour member, and I haven’t dramatically quit the party; I just quietly slipped away, looking for someone to vote for: a party that doesn’t play Monopoly, Dead Cat, Musical Brexit Chairs, Defensive Gaslighting or Economy Numberwang. One that doesn’t drive young officials to the point of nervous breakdowns. One that definitely isn’t antisemitic. I’ll let you know if I find one.