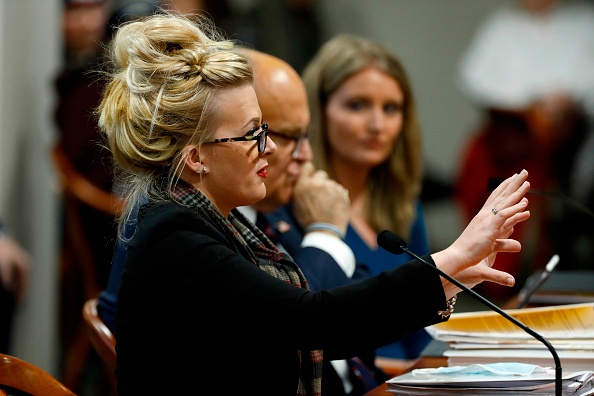 You know who Melissa Carone reminds me of? Denise Richards in the Bond film, The World is Not Enough. She played a nuclear physicist in that film. Dr. Christmas Jones, and with all due respect to Ms. Richards, no one was buying it. Likewise, ain’t no one buying the eyewear, Ms. Carone. We see through you. And what we see is your mugshot: 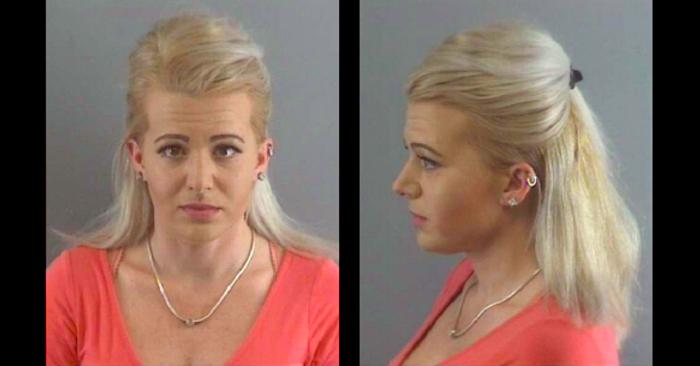 Carone — who was arrested under the name of Melissa Wright — claims to be a “certified ethical hacker,” and while she also says that she worked in IT for Ford Motors, Ford Motors denies it. A lot doesn’t add up about Ms. Carone — who was brilliantly satirized by Cecily Strong on SNL this weekend —but what doesn’t come as a huge surprise is that she has an arrest record involving sex tapes.

Specifically, Carone got a year of probation — which expired right before she signed up to be a worker for Dominion — for harassing her boyfriend’s ex-wife. How? By sending the ex-wife tapes of her and her boyfriend having sex. That is a weird way to harass someone, isn’t it?

Carone, however, denies the charges. Sort of. She said that it was actually her boyfriend who sent the sex tapes to his ex-wife, but he used her phone, and instead of fighting the charges, Carone just decided to take the fall on behalf of her man.

It’s probably worth noting, too, that the recipient of those sex tapes was also cited by police for assault. According to the police report, the ex-wife, Jessica, stopped in her car in front of Carone’s house and — while Carone was holding her baby — Jessica called her a “dumb bitch,” and other profanities before throwing rocks at her from her car.

This all sounds a lot like a scene in the trailer park my mother lived in when I was growing up. Indeed, Carone is the perfect 2020 celebrity. Meanwhile, according to this tweet, Carone has something on her phone that “will blow this thing up” by, uh, tomorrow. I hope it’s not another sex tape of her and her boyfriend.