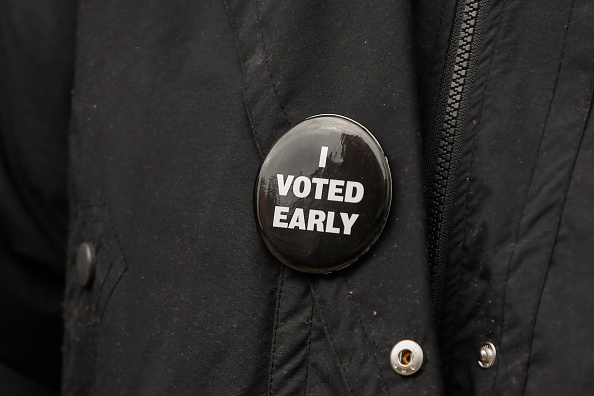 Do Not Take Comfort in those Early Voting Articles

The NYTimes and The Washington Post both have articles out today touting the huge gains Democrats have made in early voting this year. If you are feeling incredibly nervous about next week’s election — as you should — you might be clinging to these articles in the hopes that they will provide you with some small modicum of comfort.

For instance, the Post piece states that “the early numbers overwhelmingly favor Democrats in 16 of 19 states that provide such data,” and that “the number of ballots cast had exceeded 60 percent of the 2016 vote in at least 14 states, including Florida, Georgia, Nevada, New Mexico, North Carolina, Tennessee, Vermont and Washington.” That sounds like great news, as do the numbers out of Texas, which reveal that “7.8 million voters had cast ballots as of Tuesday morning — more than 86 percent of the overall vote in 2016.” Does that give you some hope in Texas?

Do you find comfort in this intel: “A poll of 18- to 29-year-olds released Monday by the Institute of Politics at Harvard’s Kennedy School found that 63 percent of respondents said they would definitely be voting in the election, the highest such measure in the 20 years that the poll has been conducted.”

The Times, meanwhile, reports that in Pennsylvania, “more than three times as many Democrats have voted than Republicans.” Are you excited by those numbers? Do those numbers provide you with a small sense of comfort as we approach November 3rd? Well, STOP THAT.

Let us take a trip back down Hillary Clinton lane, folks. Here’s Politico in 2016: “Polling and early-voting returns suggest Democrats are maintaining an edge in North Carolina.” Trump won North Carolina by 3. The article also stated that Democrats were “slicing into a thinner-than-expected early vote lead for Republicans in Florida.” Trump won Florida by more than 100,000 votes. “In Arizona, which last went Democratic in 1996, Democrats held a thin early-vote lead on Monday,” the article continued. Trump won Arizona by four points.

And as we do every four years, we also allow ourselves to get our hopes up about Texas. Here’s Politico in 2016: “Even reliably Republican Texas is sending shudders down GOP spines. In the state’s most heavily populated, Democratic-leaning urban counties, early-voting turnout is surging beyond its historical pace — and new polls suddenly show the unthinkable: Texas is not entirely out of reach for Clinton.”

Clinton lost Texas by 9 points. That’s better than the 17 points Obama lost to Romney by in 2012, and way better than the 23 points margin George Bush beat John Kerry by, but Texas in 2016 was not seriously competitive. We’re at least 4 to 8 more years away from Texas being a battleground state.

Granted, 2020 is different. Trump is running as a historically unpopular incumbent. There’s a pandemic raging. Early voting accounts for a much, much larger percentage of the vote this time around. Biden is polling better than Clinton. But also, DO NOT believe for a second that we got this. We don’t got this. We need every vote we can find to compensate for the inevitable Republican shenanigans. If you’re reading this while standing in a three-hour line to vote thinking, “oh, early voting numbers are good, they don’t need my vote,” we beg to differ! We need you! Please continue to stay in line, and just think about all those hours you can devote to mediocre Netflix shows rather than obsessing over Donald goddamn Trump if Biden pulls this out.

← This. This Right Here is the Definition of 'Relationship Goals' | The Public Shaming of Lily James As She is Accused of Affairs With Dominic West and Armie Hammer →