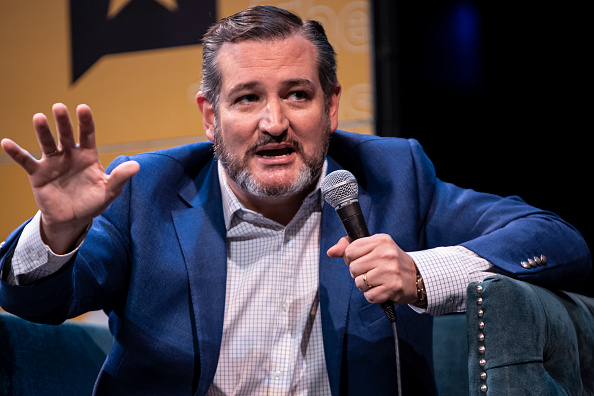 Within the Next 10 Years, the GOP Will Come to Democrats Begging to Abolish the Electoral College

I don’t have any fancy graphs for this, but check this out. Here’s the Texas voting map of Ted Cruz’s electoral win in Texas in 2012. 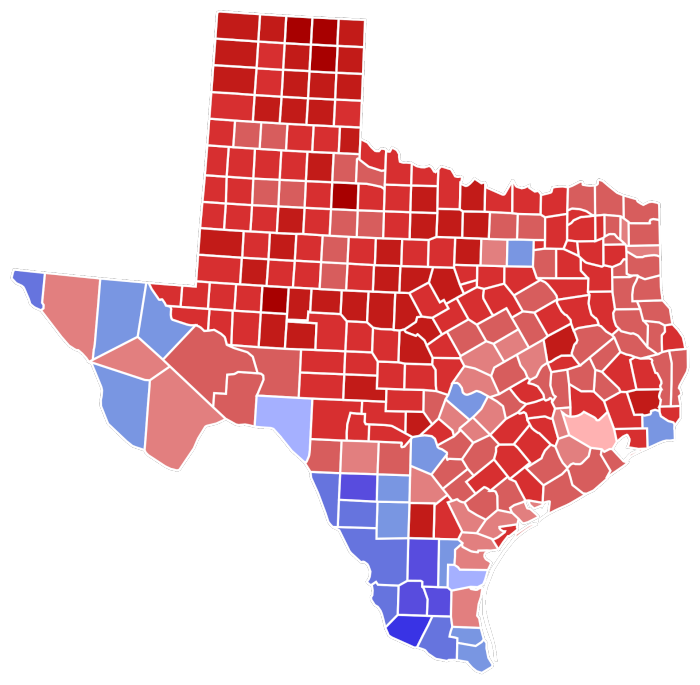 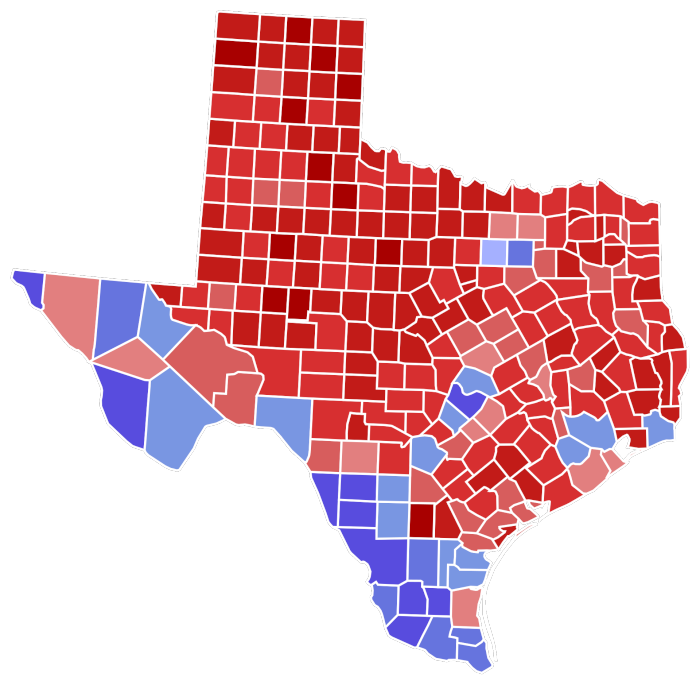 It’s easier to tell if you’re flipping back and forth between tabs, but there are noticeable differences in the two maps. A lot of dark red counties are lighter red, and a few light red counties are light blue, but it all adds up. In 2012, Ted Cruz beat his Democratic opponent by 1.3 million votes. In 2018, he won by 200,000 votes. That’s a huge swing in just six years, and while a lot of that can be attributed to the charisma of Cruz’s opponent, Beto O’Rourke, the amount of money he raised, and the relative unpopularity of Cruz himself, that seat moved from solid, reliable Republican to lean Republican real f**king fast.

The 2020 race between Republican John Cornyn and MJ Hegar is not shaping up as well — Cornyn holds about a 5 to 6 point lead in polls, but consider the fact that in 2014, he won his seat by 27 points. Moreover, in the Presidential race, a poll out today shows Trump and Biden dead even. Do I think Biden will win Texas? No. Do I think it will be competitive? Absolutely.

Democrats have been predicting that Texas will turn blue any day now for years (Texas Monthly even jokes about that here), and obviously, that has not yet come to fruition. Texas hasn’t voted for a Democrat in a Presidential election since Jimmy Carter in 1976, but demographics are shifting rapidly in Texas. Three of the five fastest-growing cities in America, and five of the fastest 15 are all in Texas. There will be more Hispanic people living in Texas by 2021 than white people, and that trend continues to shift. Texas has added 2 million more Hispanics since 2010, and only half a million white people in that same time frame. In the last two years, Hispanics have added 200,000 more people to the state compared to 36,000 more white people.

Those demographic trends clearly favor Democrats, while trends in voter registration also favor Dems. Voter rolls in Texas have also added 2.1 million people since 2016, 89 percent of which are Democrats. Meanwhile, the older, whiter Republicans continue to die off.

Hell, right now the numbers are in the Democrats’ favor; the problem in Texas currently is that it’s the hardest state in the country to vote, and that’s by design. Republicans are working doubly hard to disenfranchise Black and Hispanic voters because combined, there are more of them than whites.

So, it’s really not a matter of if, but of when, and the shift from red to pink to purple is likely to occur within the next 4-12 years, and it’s likely to occur fast as the state legislature gets bluer and gradually abolishes some of those voter restrictions.

Meanwhile, the Republicans have lost the popular vote in 2 of the last 5 elections and still managed to win the White House, thanks to an Electoral College that awards all of state’s electors to the person who won the state, no matter how small that victory might be. So, for instance, there are 38 electoral college votes in Texas, and the Republicans win all 38, whether they win 70 percent of the vote or 50.1 percent of the vote. That’s why the Electoral College so heavily favors Republicans right now, and why it allowed minority rule in 2000 and 2016, because while they have the minority of votes, they win in the majority of states.

So, why would Republicans ever want to change the Electoral College, when it so heavily favors Republicans? When Donald Trump could lose by 5 million votes this year and still hang on to the White House? The answer is: They absolutely would not want to change the existing system … until Texas turns blue.

Don’t threaten me with a good time https://t.co/Dxksass8Kd

When that happens, the entire Electoral College system shifts. If Texas is blue, the Democrats basically start out with 221 safe Electoral Votes, and they only have to fight for 59, while Republicans start out with a fairly safe 127 Electoral Votes and have to fight for 163. That one state shifts the entire dynamic. That one state, in fact, gives a significant advantage to the Democrats in the Electoral College, and if we have a significant advantage in the Electoral College, why would we want to change it? Hell, if we can get Texas and Arizona (now a solid purple state), we won’t even need Pennsylvania, Michigan, and Wisconsin.

And that, folks, is when Republicans come — hat in hand — begging for us to get rid of the Electoral College, when they start whining that it’s not fair, that it’s a relic of an old system, that it’s undemocratic! And when they come to us in 2025 or 2030 begging for a Constitutional amendment to finally dismantle the worst element of our Democracy, remind them of 2000. Remind them of 2016. And then you tell them: We get eight more years under this broken, outdated system, motherf**kers, and those eight years will represent the eight years you stole. Say hello to my friend, Medicare for All, assholes.