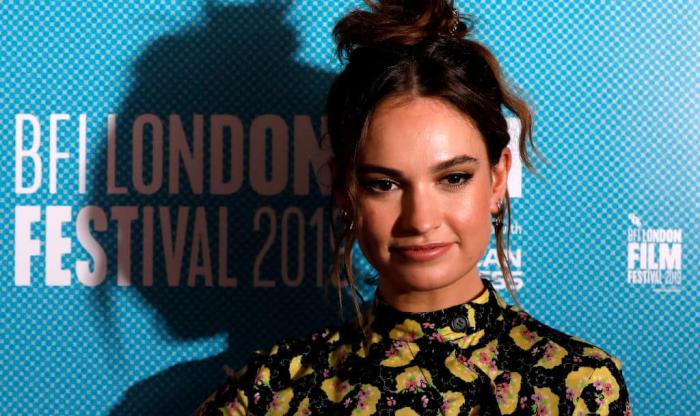 The Public Shaming of Lily James

Now would be a pretty good time for Lily James to lay low, it seems. The actress made front-page news this month not for her most recent movie or any upcoming projects but due to some photographs that seemed to reveal an extra-marital affair between her and co-star Dominic West. As we’ve discussed before, the cycle of the celebrity cheating scandal is one of heightened shame and an oddly archaic adherence to social norms. That’s why so many of these stories or similar areas of gossip (for example, nude photo scandals or Twitter DM leaks) end in public apologies, regardless of the seriousness or private nature of the situation. That’s not how things have gone with West and James. The former inexplicably decided to make this private matter extremely public through a strange press conference kiss with his wife, Catherine FitzGerald, as well as handwritten notes ensuring the photographers gathered outside that their marriage was stronger than ever. Now, he’s in talks for a major role on Netflix’s The Crown.

James, meanwhile, has been on scant promotional duties for another project on the streaming service, the remake of Rebecca. While she canceled or pulled out of some appearances, she still did some interviews and chatted cozily via Zoom with Jimmy Fallon. The elephant in the room was not mentioned, and now, it seems to have grown all the more monstrous. The Daily Mail, the newspaper that obtained the first photographs of James and West cavorting in Rome together, are now alleging that, according to various sources, James may have had some sort of entanglement with Rebecca co-star Armie Hammer. According to the report, Hammer’s now-estranged wife Elizabeth Chambers ended the marriage after finding passionate messages from a mysterious woman named Adeline. Sources also claim that Adeline was the name used on the call sheets for James.

These ‘sources’ describe James as ‘touching him constantly, giving him long smoldering looks’ and play up the image of the actress as a wanton temptress who goes after married men. Never mind that these claims against James are tenuous at best. The fact that they originate in the Daily Mail, the paper that broke the West scandal, automatically gives them a level of instinctive legitimacy. The story spread like wildfire across the internet and various other publications. The Sun said that James ‘was at the center’ of her co-star’s marriage split. The message is clear. The slut-shaming is in full force.

When it comes to celebrity cheating scandals, regardless of the context or the marital status of the man, it’s typically the woman who faces the most scorn. Such infidelities are most often categorized as battles between two kinds of women: The innocent, near-perfect scorned wife and the amoral seductress who delights in destroying people’s lives. The man who made the choice to cheat is seen, at worst, as a heartless third wheel. Dominic West tried to lean into his cad image with that eyebrow raise and act of public shamelessness, and even though it backfired spectacularly, there’s a noted difference between the fury he’s facing and that of what James is dealing with.

It seems that the press has now declared open season on James, and the narratives that have formed around her are painfully familiar. Of course, no tabloid will simply come out and call her a ‘slut’, but they will use plenty of euphemisms to play up, as the Daily Mail did, her ‘long-smoldering looks’ at her married co-star. Or they will take quotes out of context, as the Daily Mail did — oh gee, do you see a pattern here? — when James described herself as being a gullible person to make it fit their smothering narrative mold. Since the image of James as the marriage-breaker is already out there, it’s painfully easy for the press to run with it in all manner of colorful directions.

It’s dishearteningly straightforward to push these sorts of narratives into women who fit that persona in the minds of the public. Think of Angelina Jolie, Elizabeth Taylor, or any number of reality TV contestants. James, however, was never someone with a fully formed image in the press. She wasn’t an easily definable type or someone who worked the talk-show circuit in a memorable way. She played sweet parts, including Cinderella, and sang in musicals, and wore lots of corsets. James is enough for a blank slate for the press to make the temptress label stick, despite the obvious misogyny and the ridiculous position it puts the actress herself in. it’s a position she can’t exactly respond to.

Even though it’s rather creepy to position this act of private pain as one of public interest, figures like James are still expected to issue grand apologies to their fans, to the press, and to everyone before the offended party. The media crave that act of contrition, more akin to self-flagellation than anything else. Any other kind of response would be dismissed or seen as a PR disaster. As I said before, James cannot do what West did. As much as it didn’t work out well for him, it’s still a sliver of the shame that James would face had she handed out handwritten notes and posed proudly for the cameras. All she can do right now is get on with promoting her new movie, and now she must do that with a greater cloud of suspicion hanging over her head. Dominic West gets to be the cad. Armie Hammer revels in his new divorce guy energy. Lily James must be quiet or contrite or shamed, preferably a combination of the three.

I don’t say any of this to overlook the very real accusation of cheating that James faces. It does seem that she had an affair with a married man, and, at best, that’s just sh*tty. I am, however, unconcerned with acting as the moral arbiter for anyone, much less those in the public eye. The questions here are more ones of the precedence we set and the narratives we reinforce when we commit to yet another cycle of shaming women in ways that men do not experience. It’s worth asking what exactly it is that we gain when we rely so heavily on the virgin-whore complex in 2020, and what remains so appealing about these easily manipulated stories focused on ‘evil’ women and the men enraptured by them. For James, right now it seems that the best thing she can hope for is that the press get sick of her and move onto their next target, allowing this moment in her career to become an awkward but minor Wikipedia note. Yet, despite the seismic changes the entertainment industry has experienced over the past few years, the specter of toxic masculinity and systemic abuse remains potent. This is still a world obsessed with the idea of good girls and bad women.