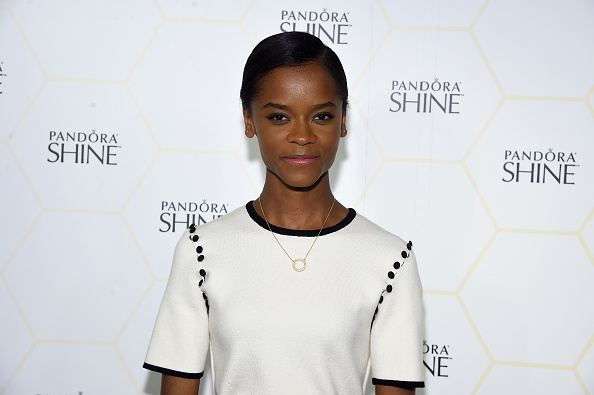 Letitia Wright Is Still Making Us Ask 'What The Hell Were You Thinking?'

Shutting the f-ck up is free.

I don’t know if most of you readers are aware of this, but shutting the f-ck up is free. And depending on what it is that you’re shutting up about, it costs you absolutely nothing.

I do know that too many celebrities either aren’t aware of this or just don’t care, because they keep feeling the need to share things with us that never needed to be shared with anyone in the first place.

Whether it’s about their poor or nonexistent bathing habits, or their children’s poor and nonexistent bathing habits, or how they got loud and aggressive on set with the Oscar-winning actor who is directing an episode of their television series, or about how they piss and sh-t right next to their spouse on side-by-side toilets because they just can’t bear to be apart from one another, they just stay telling us things that could have easily been kept in the Drafts folder, kept to their trusted group chats, or just simply kept to themselves and never spoken aloud for anyone to read or to hear. The truth may be out there, but some of us really don’t need to know that sh-t.

Which brings us once again to Letitia Wright.

The last time I wrote an article about Letitia Wright for Pajiba, it was back in December when she shared a YouTube video on her Twitter account (and no, I’m not posting a link to that video) which featured a transphobic anti-vaxxer named Tomi Oriyomi discussing whether the COVID-19 vaccine should be taken, and how he believed that taking the vaccine could result in people growing additional limbs and turning into Animorphs of some kind (his words, not mine). He also discussed how dangerous and manipulative social media is when it comes to controlling the population, and how he doesn’t believe in the existence of trans men and trans women.

Needless to say, a lot of people expressed their disgust at this video, as well as their disgust and disappointment at Letitia for sharing the video in the first place. Shortly after she tweeted an apology for sharing the video, her Twitter account got snapped into ashes (whether she did it of her own volition or on orders from Disney remains a mystery), and she hasn’t been seen on that app ever since.

Though Hollywood might appear unified when it comes to embracing such COVID-19 preventive measures as vaccines, the reality is more divided, mirroring the broader American population, where 44 percent are not fully vaccinated, according to the CDC. In the film and TV industry, there are no universal vaccine mandates in place, allowing for individual producers to determine whether those in Zone A — typically the project’s main actors, who cannot wear a mask because of storylines, as well as key crewmembers — require proof of vaccination.

That wiggle room has resulted in a number of productions descending into chaos, as was the case on Paramount+’s The Offer, which shut down production in late July due to a Zone A COVID-19 positive. That positive person was publicly identified as a series star who was said to be unvaccinated. Sources tell THR that the stoppage resulted in a $6 million loss for the limited series about the making of The Godfather. (A Paramount+ rep counters that the figure was below $6 million.)

George Clooney calls it a “crazy” situation that some of his brethren are eschewing the COVID-19 vaccine. “It’s stupid. And it’s stupid because every generation in our country for more than a lifetime has been asked to sacrifice something for the safety of their fellow man — get shot, fight Nazis,” he says. “All that anyone’s being asked here is to get a shot in the arm and put on a mask. Grow up. Get something done.”

According to this same article, Letitia has not only been expressing her anti-vaccination stance to others on the Atlanta set of Black Panther: Wakanda Forever, the highly anticipated sequel to 2018’s Black Panther, but she has also parted ways with her entire U.S. team of representatives after the backlash she dealt with for her tweets last year.

And of course, there were many responses to be found on Twitter when this news broke.

Ryan Coogler: ok in this scene i just need you to enter the room, hit your mark, and say “wakanda forever"

Letitia Wright: got it

Letitia: THE VACCINE IS A GOVERNMENT PLOT WAKE UP SHEEPLE pic.twitter.com/GPgvctNsYn

One thing about Letitia Wright: she can tell you a thing or two about ACTING.

Letitia Wright as Shuri: I am an unparalleled genius who tirelessly seeks out ways to eradicate disease through technology.

Letitia Wright when technology works to eradicate disease: No.

not letitia wright spreading the antivax agenda on black panther set when the wakandans would’ve been the first population to make the vaccine pic.twitter.com/zNarjHMLwR

letitia wright on the set of black panther 2: pic.twitter.com/kmUA6KKEft

The responses to this on Twitter have been rather divided as to whether Disney/Marvel should fire Letitia and hire another actress to portray Shuri. Some people feel that Letitia should be replaced, as her refusal to get vaccinated (as well as her need to express anti-vax views to her colleagues while on set) is putting the health of all cast and crew members on set in jeopardy. Others feel that Letitia has every right to not get vaccinated, that this entire situation is being blown way out of proportion (with some people even believing that none of this is true, that Letitia is not anti-vax, and that people are making up lies about her for unknown reasons), and that the possibility of her being fired by Disney is as ridiculous and unfair as when Disney fired Gina Carano from The Mandalorian.

I’ve said before that I do understand why some people have been reluctant to go out and get the COVID-19 vaccine, particularly Black people. Not just because of Black people’s history of being lied to and used for medical experimentation by the U.S. government when it comes to our health, but also because of more recent and frequent incidents where Black people (especially Black women) are ignored and dismissed by doctors and nurses when they’re in dire need of medical treatment, mainly because of their race, and also because they’re seen as being able to withstand far more physical pain than those who aren’t Black, which results in their concerns not being taken seriously. The amount of misinformation that many of them are exposed to via Facebook and OAN and Fox News doesn’t help in the slightest. But the COVID-19 death toll reached up to 700,000 last week. And numerous medical professionals have been doing and continue to do as much as they can to let everyone know that it is safe and necessary for everyone to get vaccinated and do their part in helping to end this pandemic. So it’s truly unfortunate, and also really f-cking infuriating, to know that actors like Letitia Wright refuse to see the error of their ways after nearly two years of living in this catastrof-ck of this pandemic and continue sharing such foolish and dangerous rhetoric with others, while also putting themselves and so many others at risk.

For many of us who have watched Black Panther more than a dozen times since its theatrical release, Letitia Wright’s performance as Shuri was one of the very best things about the film. Letitia’s work made it very easy for Black Panther fans to look forward to seeing Shuri possibly inherit the role of the Black Panther in King T’Challa’s absence and do her part in representing and protecting Wakanda, despite how much we all still miss the hell out of Chadwick Boseman. But it seems less likely that we’ll ever get to see Letitia inherit the Black Panther mantle onscreen, and far more likely that she’ll end up going down the same career path as Scott Baio, and Dean Cain, and Gina Carano, and many other problematic a—holes who refuse to keep their mouths shut and keep their horrible opinions to themselves because they seem to care more about impressing MAGA Twitter than they do about having successful and fruitful careers in film and television. And if Letitia really wants to continue acting as if she knows so much more about infectious diseases than the doctors, nurses, and scientists who have spent years studying them and providing treatment against them?

Let’s just read what Giancarlo Esposito had to say about actors, and about anyone else, who refuse to get vaccinated and who refuse to believe that the vaccine isn’t really necessary:

…some actors like Giancarlo Esposito are hoping that the unvaccinated simply avoid sets while the Delta variant rages. “If you don’t want to vaccinate, go to a small island and sequester yourself,” the Mandalorian and Better Call Saul actor says. “[Otherwise] you’re saying ‘Fuck you’ to all you other human beings. We all have to do it if we want to live. I don’t understand how people don’t vaccinate. For me, I’ve lost dear friends, so I know it’s real. Not only in Europe but in America, friends who were completely healthy and uncompromised. The vaccine is the answer. I’m not downing anyone who doesn’t want to vaccinate. Don’t work. Go ride it out somewhere where you’re not going to compromise anyone else if you get it.”

That about sums it up.

Whether or not Disney and Marvel ever decide to recast Shuri and replace Letitia with another actress who is less of a headache for them, I can think of two other characters who would do a damn good job of taking over as the Black Panther instead of Shuri, and who would give us all reasons to go “Letitia who?”