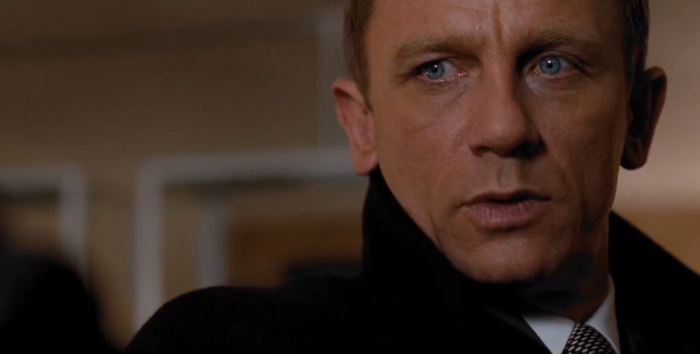 I Haven't Seen It, But Dear God, Is THIS What 'Quantum of Solace' Is Like?

I’m not exactly what you’d call a fan of James Bond. The character or the movies. In fact I actively dislike them both. Yet somehow I’ve still ended up seeing the majority of—at least—the Daniel Craig entries in the series. Cultural osmosis is a real bit*h. Mostly, I’m just annoyed that I can’t get that time back. Casino Royale was the best of the bunch by far—and probably the best Bond movie of them all—and even that I forgot about very quickly after seeing it. Skyfall was beautiful to look at, but felt as hollow and fragile as a Christmas bauble. Spectre just felt, to me, like incoherent nonsense. And despite what I’ve heard from some quarters about how gorgeously shot it is in parts, I’m not gonna bother at all with No Time To Die.

Which just leaves 2008’s Quantum Of Solace. The oft-referred to runt of the litter. The one I’ve actually not seen, unlike these other ones I just wish I hadn’t. Recently, I came across a clip from Quantum Of Solace, and fu*king hell am I glad I haven’t seen it. I’d heard about its egregious, zeitgeist-chasing use of shakey cam and rapid fire editing, but I’d not seen any actual examples of it. Well now I have, and my god, why were we making films like this in the 2000s, guys, why?! Why Marc Forster, why? You directed Stranger Than Fiction. What were you thinking when you did this?

This might be even worse than that time Bryan Mills took 15 cuts in 6 seconds to jump over a fence in Taken 3.

← Letitia Wright Is Still Making Us Ask 'What The Hell Were You Thinking?' | James Bond Week: One Big Fix That Would've Made Quantum of Solace 36.7% Better. →