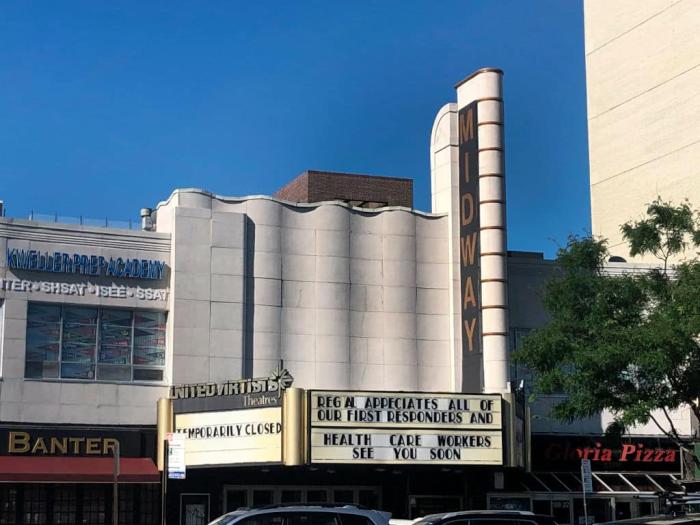 For most of 2020, the world of pop culture came to a near-total standstill. COVID-19 brought the entertainment industry, and basically all the other ones, to its knees. As someone who writes about this stuff for a living, I have spent a solid part of the past 20 months or so talking about canceled events, delayed releases, and safety mandates. I’m not sure we’re fully ready to face the irrevocable changes forced through by the pandemic in any area of life but the world of film is certainly one that will never be the same again. We only have to look to the box office top ten of 2021 for proof of that.

The worldwide box office grosses have been in a fascinating and seemingly contradictory state for a few years now. Billion-dollar hits are so commonplace for studios that we are no longer surprised by them, and yet cinema attendance numbers have been slowly declining. Budgets for these franchise tentpoles have ballooned to the point where a $100 million movie is seen as thrifty. There’s so much more riding on less than ever, with inflated ticket prices expected to do much more heavy lifting in getting these too-big-to-fail movies into the black. It worked out pretty well for some films, or to be more specific, films made by one studio. In 2019, the Walt Disney Company was responsible for seven of the top ten highest-grossing movies of that year (if we’re being generous and including films heavily defined by Disney branding and iconography then feel free to add Spider-Man: Far From Home to that pile.) All of those movies made over $1 billion and all of them were sequels or remakes. The think-pieces basically wrote themselves.

That all, of course, changed in 2020 when the theaters closed and studios chose to hold back their major releases in the hopes that the following year would offer brighter prospects. 2021 wasn’t exactly a bed of roses in that respect but it definitely leveled the playing field to more manageable heights. People returned to the movies, not in swaths but in drips and drabs that enticed distributors enough to offer more than a few exclusively theatrical releases. Such things, however, were no longer the default mode. Warner Bros. changed the game when they announced that all of their major releases, from The Suicide Squad to Dune to The Matrix Resurrections, would be simultaneously released in theaters and on HBO Max. It helped to bolster the streaming service after a rocky start and accelerated the new norm of major movie releases. WarnerMedia seems happy with the results. The numbers were apparently good enough to justify greenlighting the second Dune film, much to the relief of fans. Transparency over said numbers remains choppy but that’s another new normal for the industry. Just ask Netflix for tangible data that makes sense.

The theatrical window is dead. The 90-day wait between cinematic release and the at-home premiere has been drastically shortened. Paramount announced that there would be a mere 45-day wait for their movies and other major studios seem eager to follow suit. Disney hoped that exclusively theatrical releases would bolster the attendance figures for long-awaited Marvel titles like Eternals but it didn’t quite work out that way. Of course, we can’t talk about that without mentioning how China refused to grant a release to some major Hollywood productions, including Shang-Chi and the Legend of the Ten Rings. The American film industry’s overreliance on international grosses, particularly from China, offered spotty results but the shut-out of certain titles was a crucial reminder that playing ball with censorship will eventually bite you in the backside.

Three of the highest-grossing films of 2021 are Chinese productions, works that received little in the way of distribution outside of their home country. Detective Chinatown 3 made more money than two Marvel titles while Hi, Mom became an unexpected nationwide phenomenon and grossed over $841 million. The titan of the season was The Battle at Lake Changjin, an uber-nationalistic war drama that is the most expensive film ever made in China to date, with a budget of $200 million. Partly commissioned by the publicity department of the Chinese Communist Party and announced as part of the 100th Anniversary of the party, the movie depicts a heavily fictionalized retelling of the Battle of the Chosin Reservoir during the Korean War. As many critics have noted, it’s a big win for Xi Jinping and his government’s eagerness to shape Chinese pop culture in the image of the nation’s overriding political forces. It’s propaganda not unlike a whole load of Western movies, as The Independent pointed out. It stayed on top of the list of the highest-grossing films for quite some time until Peter Parker and his chums swung along.

Spider-Man: No Way Home became the highest-grossing film of 2021 in about a week. It’s the 48th film to gross $1 billion worldwide, and the first film to do so since Star Wars: The Rise of Skywalker in the pre-COVID times. It’s not exactly a surprise to see a Marvel movie focused on one of its most beloved heroes snatch up the top spot, but those grosses certainly felt new given that the other MCU titles of 2021 failed to surpass $500 million worldwide. The continued domination of Disney’s umbrella of #content at the box office has been a sticking point for years but it seemed particularly evident as the studio let many of its major Fox properties languish in bad release dates with messy marketing (always and forever, justice for The Last Duel.) None of this is new or unexpected. As I said before, all of these developments were expected, just not at the speed with which COVID has accelerated things.

What that means is that the 2021 box office top ten ends up looking a lot like every other year of the past decade, albeit with smaller overall grosses. There are four Marvel films in here (yes, Venom: Let There Be Carnage made more than Black Widow), big franchise titles like Godzilla vs. Kong and F9, and the growing power of the Chinese blockbuster. Eight of the top ten are sequels or part of an expanded universe. The biggest difference aside from the hard numbers is that there are more distributors represented, with Disney’s stranglehold diminished to two titles. Sony has two, Universal has two, Warner Bros. has one. ‘Normalcy’ returned, so to speak. Audiences’ tastes didn’t change, even if the methods of access did.

At 12:01 AM on January 1st, 2022, the Paramount laws will come to an end in America. That means that distributors will once again be able to own movie theaters, bringing vertical integration back in fashion. In an age of media monopolies being the norm, we’re kind of already there with vertical integration, but make no mistake, this could be a very bad thing for the future of cinema. If the studios start acquiring theater chains, meaning you can only see certain movies at specific venues, then independent film and small-scale theaters will suffer greatly. The face of Hollywood is already evolving at a rapid pace, whether it is stars demanding more money upfront to compensate for royalties lost with streaming releases or the saturation of the streaming service market. Expect 2022 to see further developments across the board. It’s a scary future for those of us who treasure the art form, although it’s worth noting that film is a sturdy beast that’s survived a lot of supposed end-time scenarios. It can evolve but can it take being devoured whole?