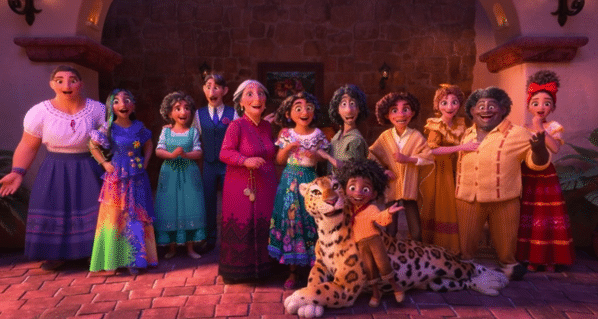 In Honor of 'Encanto': More Disney Films To Enjoy This Week

Encanto is Disney’s 60th animated film. The Mouse made it available on Disney+ on Christmas Day because the Corporate Overlords are kind and gracious during the holidays (lolololololol) It’s fun! It’s beautifully animated! I will begrudgingly admit that some of the songs are even pretty good. Mostly I’m just here for Disney expanding their animated properties beyond all of the beautiful, white princesses of their past. Plus, Stephanie Beatriz is just awesome.

Anyway, in honor of the occasion I took a look at all of the other 59 animated movies in the Disney animated library and picked out my favorites for you. So, if you have Disney+ and have enjoyed Encanto, here are some others you might want throw on while everyone is lazing around the house this week. 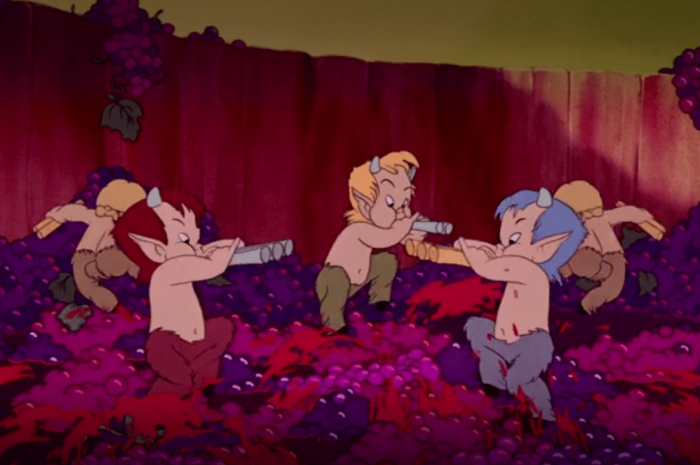 Look, if you’re an adult who went to college any time in the last 30 years and you haven’t yet seen Fantasia, I don’t know what to tell you. In my household, there wasn’t a lot of Disney Princessing when I was growing up because I preferred the more gruesome, original fairy tales. But Fantasia and the record we had of Sergei Prokofiev’s “Peter and The Wolf” were my early introductions to classical music and I still love them both today. While the animation lacks the level of detail the current Disney animated movies have, Fantasia is just trippy enough to keep everyone watching through all of the vignettes. Or, if “Night on Bald Mountain” is too scary, you can pick and choose which you want to watch. But it’s not weird enough to trigger an existential crisis in your kids.

This was an old standby in grammar school. Inevitably, at some point in that week of Halloween, one of the teachers would show us this short version of The Legend of Sleepy Hollow. I had actually forgotten about it until this year and immediately made my kid watch it. The best part is that the run time for both shorts together is only an hour! Sure, it’s not in keeping with THIS holiday. But is there ever a bad time for the story of The Headless Horseman? No. No there is not. 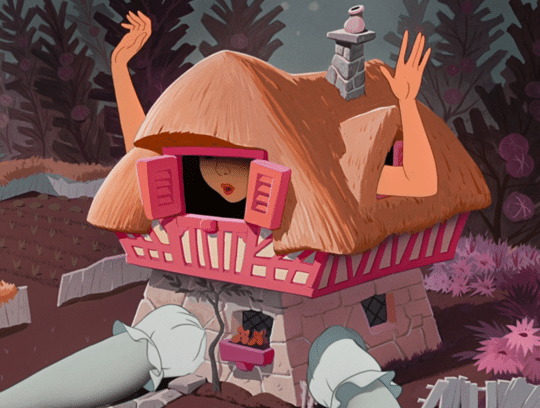 I’ve always liked Alice because she’s not a princess, she’s an adventurer. And she goes on the weirdest adventure ever. Skip the Tim Burton monstrosities and go directly back to this classic. It’s beautifully animated and still a joyous romp.

Between 101 Dalmatians, Lady & The Tramp, and The Aristocats, I think 101 Dalmatians has the fewest racial stereotypes depicted as animals? It does a good job of capturing the burgeoning swinging mod style of 1960s England. This means that after you watch it, you can pivot to Austin Powers OR the new Cruella movie, depending on where your sensibilities lie.

It was a toss up between including The Sword And The Stone or The Black Cauldron on this list. Then I remembered that one is a rosy jaunt through Arthurian lore where Merlin is a bumbling chucklehead instead of the greatest magician of all time. And the other is a super spooky, dark fantasy tale of witchcraft and adventure based on “The Chronicles of Prydain” by Lloyd Alexander. Go dark or go home I always say. 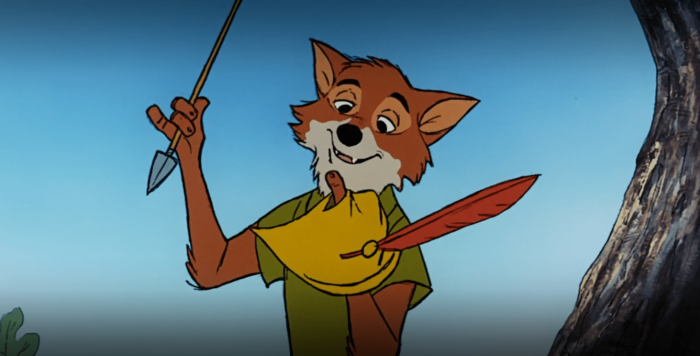 I’m pretty sure that if I had attempted to publish this list without including Disney’s Robin Hood I would not be invited back to write for Pajiba next year. What’s not to love? You’ve got sexy fox Robin Hood, Baloo The Bear as Friar Tuck. (I mean, all the Disney bears are Baloo, right?) A jaunty rooster folk-singer (Roger Miller) who sings Oo-De-Lally and the original Dastardly Duo with King John and Sir Hiss. Need I say more? 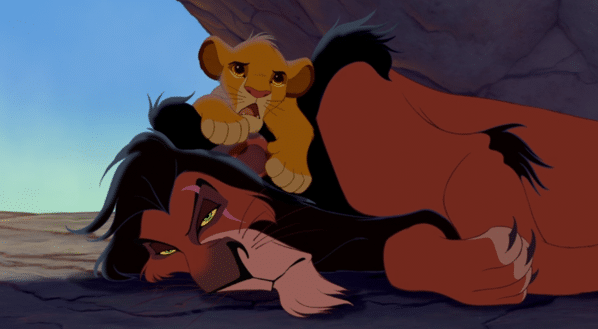 While 1989’s The Little Mermaid ushered in the new age of Disney Princesses, for my money The Lion King is a much better movie. Taking inspiration from biblical tales of Joseph and Moses and Shakespeare’s Hamlet, The Lion King gave us one of the best villains ever in Jeremy Irons’ Scar. Julie Taymor ran with it to create a spectacular Broadway musical that even *I* seen and enjoyed. Let’s just hope they never try to create a live televised version like they did with The Little Mermaid. 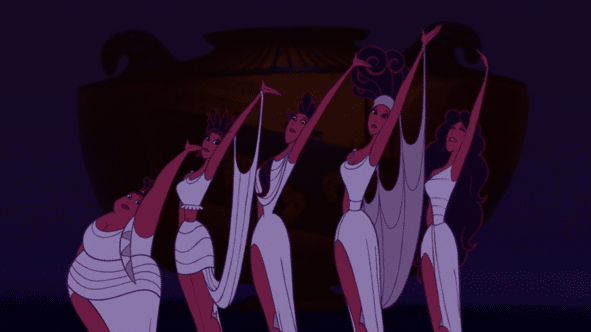 I won’t try to pretend that the best part of this one isn’t the Greek Chorus. But the cast of actors Disney assembled for Hercules is stellar all the way around. Danny DeVito, Rip Torn, James Woods, Tate Donovan, Bobcat Goldthwait, Charlton freakin’ Heston. Sure, it turns out that a few of those guys were/are problematic a$$holes but they’re balanced out by DeVito and Goldthwaite in this great ensemble.

I was going to wax poetic about how my appreciation for Chicken Little is tied up in how much my kid loved it. But my husband informs me that no, this is actually a terrible movie and no one should watch it. And definitely no one should be forced to watch it the number of times we were. I don’t know, I still think it’s pretty funny. 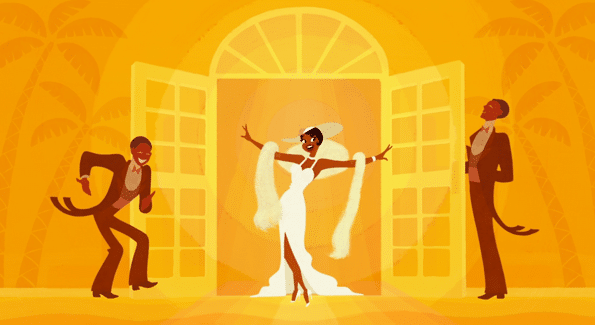 Most notable for introducing the very first Black Disney Princess (it only took 49 movies, y’all) and being, at least, a surface exploration of Black Southern culture, The Princess And The Frog is otherwise standard Disney Princess stuff. Which is to say, not great messaging. But, Encanto stands on its shoulders because this is the one that proved the world wanted Disney to diversify their storytelling.

To know Baymax is to love him; this is just a universal truth. This movie stands out in Disney’s library for being set in the future instead of the Once Upon A Time. Also for being centered around a male protagonist. But let’s not get it twisted, Hero would have gotten nowhere without his crew of culturally diverse, super genius, college students. But don’t take my word for it. Here’s a seven year old’s review!

Somewhere, Dwayne “The Rock” Johnson is still muttering the lyrics to “You’re Welcome” under his breath, or in his sleep. This is the movie that did the most work to soften his image and officially made him “family friendly.” It also kickstarted Lin-Manuel Miranda’s reign over all things musical. Thanks, I think? While technically a Disney Princess, Moana herself is drawn more in the image of Alice, an adventurer and explorer (and collector of odd animal side-kicks) than those other girls waiting on their prince to come. It’s a delightful, lighthearted adventure story that appeals to all ages and sexes. Even TK liked it at the time.