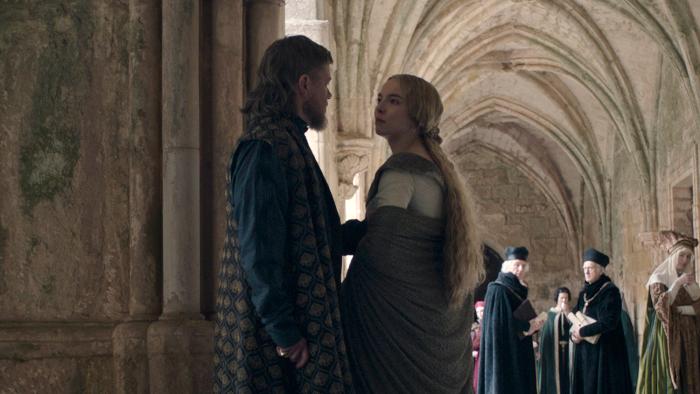 Review: ‘The Last Duel’ Is a Shockingly Empathetic Story of Male Ego and Violence, and It’s Ridley Scott’s Best Film in Years

In 1386, the last-ever legally sanctioned trial by combat in France’s history took place between two knights. Jean de Carrouges (Matt Damon) took on a former friend, Jacques Le Gris (Adam Driver.) The charge: that Le Gris had raped de Carrouges’s wife, the Lady Marguerite (Jodie Comer). Le Gris denied all charges. If de Carrouges wins, then God will have shown Marguerite to be telling the truth. If Le Gris wins, Marguerite will be burned at the stake.

Sir Ridley Scott is an undisputed legend, the man who introduced the world to Alien, Blade Runner, and Gladiator, to name but three of his most acclaimed films. He has enough undisputed classics in his back-catalog to ensure that his legacy is secure, but the words ‘A Ridley Scott film’ do not guarantee consistency. As he has become increasingly prolific over the past decade — The Last Duel is the first of two titles he’s releasing in 2021, alongside House of Gucci — his output has wobbled between pretty good, kind of forgettable, and mild trainwreck. For every The Martian, there is an Exodus: Gods and Kings or The Counselor.

Scott may be an erratic director, but seeing him on such fiery form, controlled yet epic, is a refreshing reminder of how excellent he can be when he’s firing on all cylinders. It’s rare to see a filmmaker focusing so thoroughly on these kinds of narratives: big-budget tales intended for adults that aren’t afraid to demand more of their audience’s intellect. Although the film utilizes a Rashomon-style conflicting-perspectives methodology that challenges the viewer, it’s also as mainstream and accessible as anything else Scott has made (he’s never been one to indulge his inner indie upstart). By his own standards, The Last Duel is a very Scott-esque film, but it’s also the best thing he’s done in at least a decade.

This time around, Scott has joined forces with an unexpected array of talents, most notably the screenwriting trio of Nicole Holofcener (the acclaimed indie director who co-wrote the Oscar-nominated screenplay for Can You Ever Forgive Me?) and Ben Affleck & Matt Damon. This is the first official collaboration of Boston’s boys Ben and Matt since their own Oscar triumph, Good Will Hunting, and it couldn’t be more different. This trio aren’t exactly known for their work in historical epics. Holofcener writes sharply witty modern dramas about prickly women while Affleck and Damon are, well, you know, Affleck and Damon. At first glance, they seem all wrong for a story of Medieval France and the hypocrisies of royal court. And they are all wrong, which ends up making them kind of perfect for the version of the story being told here.

Don’t come to The Last Duel expecting utmost fealty to historical detail. Everyone speaks in their own accents, the wigs are occasionally tragic, and none of the dialogue would feel out of place in a film set in this century. At one point, a priest smugly declares that a woman cannot get pregnant via rape because ‘that’s just science,’ and a shudder went up my spine remembering every alt-right politician and talking-head who made similar points about how ‘the body shuts that kind of thing down.’ Slut-shaming remarks, sneers of distrust over women’s lived experiences, and the callously casual misogyny that we are all too used to pretending we didn’t hear permeate The Last Duel, often as subtle as a spear to the face. But honestly, when has subtlety on this front ever helped us? Scott and Co. want you to know that this story is painfully modern. Apparently, some need the reminder more than others.

It’s hard to overlook the anachronistic qualities of the casting — who buys Ben and Matt as Medieval French nobility? — and yet it’s in that disconnect where the real power lies. You know these actors so fully, their faces so iconic and modern, and it’s through them that we feel the potency of this story’s dishearteningly relevant themes. Damon’s spent a long time crafting that everyman persona, but he’s at his best when he utilizes his smarmier qualities. Even in his rose-tinted perspective of events, he is a petty man, weak, held up purely by the force of his own ego. Damon veers between strutting like a peacock and stomping like a petulant toddler. If he often seems like that jerk who wouldn’t leave you alone in a bar, that’s because he is, at least in another lifetime. It is in this familiarity where Ben Affleck proves to be a surprisingly effective performer. Yes, he has the bleached blonde hair and chin patch of a frat-bro who’s going to chug beer while watching the Giants play, but that’s because according to the public persona he’s cultivated over decades, he might be a version of that guy.

Count Pierre d’Alençon is a brat, a weak little man cloistered so thoroughly by his own privilege that he openly makes sport of toying with other people’s lives. He pouts and prances and seems utterly incapable of taking anything seriously. And everyone around him goes along with it because hey, he’s royalty. Indeed, The Last Duel’s portrayal of the upper echelons of power is exceedingly scathing, condemning royals and clergy alike as archaic old men who care about nothing but themselves. The King (Alex Lawther) is barely human in his egotistical oddities. It may have been a touch vain for the screenwriters to give themselves such plummy roles in their own film, but it also speaks to their savviness over their own public images that they knew how effective their presence in such a narrative would be. Bros gonna bro.

The film, however, is Comer’s, fully and undeniably. Her Marguerite is a woman constantly shifting to accommodate the male bullsh*t of the moment. From de Carrouge’s perspective, she is a loving and pliant wife, a delicate flower who blooms so beautifully under his light. Le Gris sees her as a willing flirt, a lady for whom his charms are surely undeniable and irresistible. (Driver, perhaps his generation’s sturdiest on-screen presence, makes great use of that peevish smarm that served him so well as Kylo Ren.) When we finally see the truth from Marguerite’s eyes, we feel the unbearable weight of her duties. Comer maintains a steely spine as she treads the tricky territory between standing up for herself and understanding her status as property. De Carrouges seems more furious about his wife being brutalized by one of his petty rivals than her own agonizing trauma. Even her status as a victim is not her own since, in the eyes of the law, she is merely a monetary extension of her husband. In these shifts between points of view, Comer’s subtlety shines, from her physical responses to Le Gris’s attack to the openness of her smile when with her variably emotional husband.

For those worried that the film would sell a ‘he said/she said,’ faux both-sides kind of story, do not fear. For a film that doesn’t exactly deal in narrative nuances, The Last Duel is remarkably deft with its exploration of Marguerite’s rape. Make no mistake: She is telling the truth and the film emphasizes that. Le Gris does not recount his attack as some wanton scene of seduction. It’s yet another painful reminder that rape culture is a blinding force, one that hears ‘no’ as ‘yes’ and shrugs away open resistance as ‘playing hard to get.’

I’ve seen a lot of critics rather lazily describe The Last Duel as a ‘post-#MeToo movie’ or something made to keep up with a so-called trend of the post-Weinstein Hollywood shift. Such generalizations are now tediously common these days since the industry loves nothing more than reducing layered and socially relevant narratives to fads. Still, it feels particularly reductive with The Last Duel, a drama that has something to say and does so beyond mere proselytizing or awards-friendly beats. Still, this is a story about a woman’s pain told mostly by men, and Marguerite’s perspective is given the shortest amount of screen time. Perhaps a more thematically daring director or screenwriting pair would have dug deeper into the darkness and interpersonal weirdness of it all. I doubt, however, that anyone else could have done so with this budget, to be sold to such a wide audience, and thread the needle so carefully as Scott and company do. This isn’t The Assistant or The Nightingale but it is a success, nonetheless. I think a lot about the general viewer planning to see this, hoping for an old-school Ridley-esque historical swords-and-mullets feasts, and receiving a gut-wrenching reminder of how centuries of rape culture continue to dominate our lives.


← Review: Netflix's 'Oats Studios' Is Bleak, but Is It Scary? | Review: 'Halloween Kills' Insists It's Something New While Obsessing Over Everything Old →