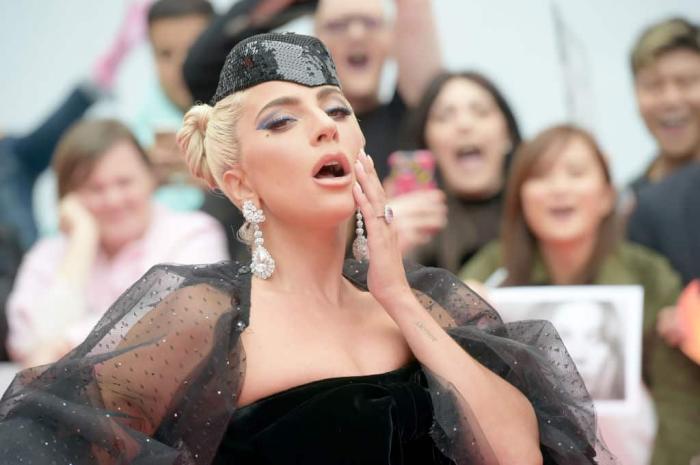 Gaga! Driver! Fashion! Prosthetics! The First Look at 'House of Gucci' is Here

Walk, walk, fashion, baby. Ridley Scott’sHouse of Gucci is prepping for its November release, just in time for awards season furor. One of two films the legendary director has coming out in 2021 — the other being The Last Duel, this biopic of a warring fashion dynasty and the murder of the head of the house has people excited for obvious reasons. It’s fashion, darling, look it up. The trailer just has us even more excited.

Scott’s certainly pulled out the stops with this one: cinematography by Dariusz Wolski, an Oscar-nominated screenwriter, costume design by Janty Yates, Scott’s regular collaborator since Gladiator, and, of course, that cast. Al Pacino! Jack Huston! Salma Hayek! Adam Driver! Jeremy Irons! And the queen herself, Lady Gaga, in her first movie role since A Star is Born. Gaga is playing Patrizia Reggiani, the ex-wife of Maurizio Gucci who was sentenced to 29 years in prison for arranging his killing. She’s still alive, by the way, and kind of a scream. We’ve been teased for months with on-set images that hint at the year’s most lavish fashion plate, and the first characters posters, which also dropped today, only emphasize that.

The style! The glamor! The reminder that, oh yeah, Jared Leto is in this film and he’s smothered under prosthetics. He wishes he could bring an iota of the magnetism that Gaga’s radiating in that poster. Apparently, hiring actors who look like the people they’re playing was easy enough until they got to Leto. Was Paul Giamatti not returning Ridley’s calls?

The internet, of course, had thoughts.

Remember when movies cast actors that looked like people instead of Mission: Impossibling Jared Leto https://t.co/4bIukHvivx

Jared Leto is Jeffrey Tambor in House of Gucci.

Exclusive behind the scenes image of Jared Leto getting into character for House of Gucci pic.twitter.com/YMn9IsrpqE

But you know who’s bringing it here? Stefani Joanne Angelina Germanotta herself. This is high drag right here, a combination of Lorraine Bracco in Goodfellas and Donatella Versace by way of Penelope Cruz. She’s 100% committed to the fantasy of being that widow who wears couture and handcuffs to the funeral. This is a woman who is going to give one hell of an awards campaign this year. I’m talking Redmayne levels of thirst. Think of the red carpet cycle! The interviews! The inevitable Vanity Fair cover shoot! There was a real famine of fun awards season madness this past year because of, you know, everything, so I’m hungry for some real PR glory. She’s already cracked out the nine-inch heels and Norma Desmond turban just for walking around New York. You know she means business. Let Stef get another set of hardware for her handbag. This will either be a masterpiece or the next camp classic. There is no in-between. We deserve this.

House of Gucci will be released in the United States on November 24.