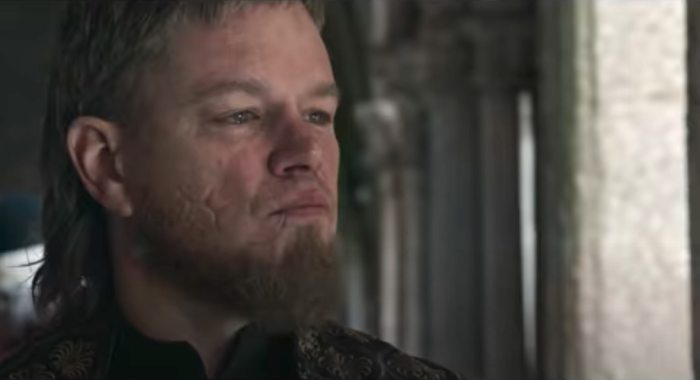 When it was announced that Ben Affleck and Matt Damon had re-teamed to write the screenplay for and star in The Last Duel from Ridley Scott, there was a lot of recoiling behind the scenes here at Pajiba because of the premise of the film. Here’s the logline, and you’ll see why:

In 14th-century France, knight Jean de Carrouges and his squire Jacques Le Gris are ordered to fight to the death after Carrouges accuses Le Gris of raping his wife.

This was announced at the height of #MeToo, and a lot of people were fairly repulsed at the idea of a movie about two men dueling over a woman who had been raped. It felt archaic, and the idea that Matt Damon and Ben Affleck — two likable actors with a history of tone-deafness (especially Damon) — were writing it, well, that didn’t sit too well, either.

But, I thought, Jodie Comer and Adam Driver had signed on, too! There has to be a catch, right? Surely, this is not actually another movie where the female lead is fridged? I mean, the premise fits the exact definition: “A trope whereby female characters are affected by injury, raped, killed, or depowered, sometimes to stimulate “protective” traits, and often as a plot device intended to move a male character’s story arc forward.”

I actually bought the Eric Jager book upon which the movie is based because I wanted to find out what could possibly redeem this premise. I never got around to reading it, but based on the trailer, it appears that there is no apparent redeeming wrinkle here. It’s actually about two men fighting over a woman who has been raped, and unless Comer has a significantly bigger role than it appears in the trailer, this may be the ultimate fridged movie.


← The Trailer for Starz Wrestling Drama, 'Heels,' Has Some Real 'I Don't Want Your Life' Energy | Vaccine Misinformation But Make It Mid 20th Century →