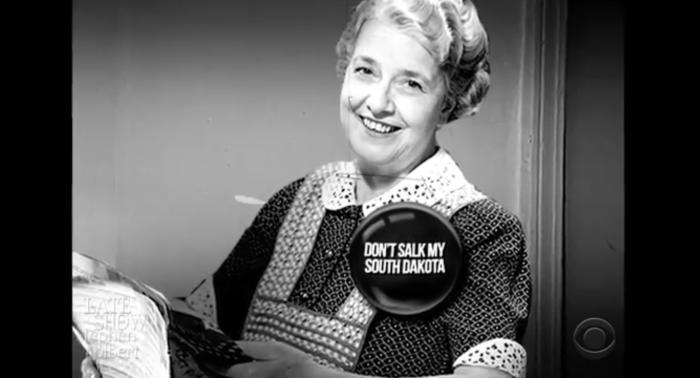 Greetings, dames and gents! It’s 1955 and old pesky polio is finally on its way out the door. With the creation of the polio vaccine by Dr. Jonas Salk, soon it will become a thing of the past! In a matter of days, you’ll be back to going steady with your sweetie and keeping our fine neighborhoods free of dangerous Communists. Unless that ne’er do we’ll talk-show host over at the Columbia Broadcasting System has anything to say about it!

That’s right, faithful citizens. Stephen Colbert, of The Late Show with Stephen Colbert comedy program, is pushing one of his coo-coo crazy theories again! It seems that in America’s future, a disease is killing millions. There’s a vaccine available, but thanks to rampant misinformation, scores of people still aren’t getting the jab! What gives, future U.S. of A?? Too busy with your flying cars and Communist-free streets?!

Forgive this intrepid reporter’s language, but it’s a damn shame that future people won’t get their act together. Apparently, even news organizations are responsible for all the hubbub! Seems strange given the recent implementation of the fairness doctrine by the fine folks at the FCC! What’s that?? The fairness doctrine was removed in 1987?! By Ronald Reagan?!?!

Ah, I see. You’re trying to pull the wool over this reporter’s eyes! Well, this is one leg you can’t pull, mister! No, sir. I’ll just keep watching this “comedy” sketch, right after I get my polio vaccine! Misinformation in the 1950s? Ha! I’ll believe that as soon as I believe that Communists don’t eat children’s livers, as it’s their only true source of iron.