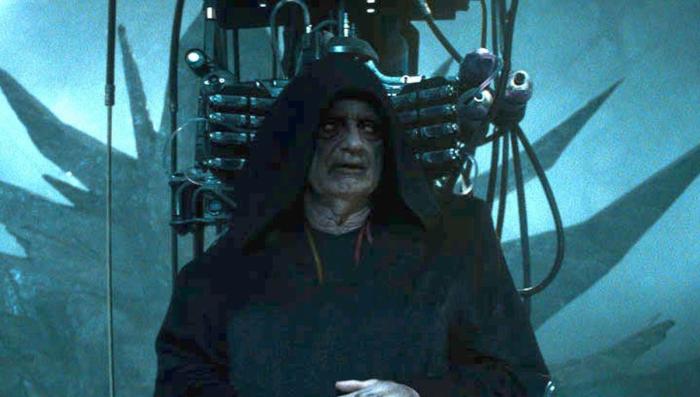 It was supposed to be the rousing conclusion to the saga that saw a humble scavenger, a rebelling Stormtrooper, and a dark space prince rise to their destinies. Instead, Star Wars: The Rise of Skywalker was a hot mess that disappointed fans across the globe by ruthlessly retconning The Last Jedi, brazenly ripping off the OG trilogy, sidelining Rose Tico, and bending the knee to the abusive fanboys that caterwauled like infants until Disney caved. Then there was the crass cavalcade of addendums and dumbness unfurled through an avalanche of merchandizing. Now, this groan-inducing monument to creative cowardice has its reckoning, courtesy of Honest Trailers.

Yep. The Screen Junkies crew nailed just about everything, except that blink-and-you’ll-miss-it gay moment that’s become very on-brand for Disney. Look close and you might see LGBTQA+ representation in the most popular too-big-too-fail franchise in the galaxy! Godatpus forbid they confirm fan canon of a Poe/Finn romance.

Ugh. Honestly, I preferred Cats. At least it had the balls to be bonkers.

← 5 Shows After Dark: 'Stumptown' First Season Finale on ABC, 'Eating History' Premiere on History | Who Are All These People On the 'This Is Us' Season Finale? →