Major, major spoilers ahead for Star Wars: The Rise of Skywalker. You have been warned.

Love it or hate it, Star Wars: The Rise of Skywalker is here. Filled with a ton of great moments — which included Poe sniping at the bumbling of C-3PO (a man after my own heart), Finn and Poe bickering like an old married couple, Rey realizing that Finn and Poe were a part of the family she’d chosen for herself, and her astounding defeat of Emperor Palpatine (and on her own, might I add!!!) — The Rise of Skywalker had a lot going for it.

Though the film is rightfully being critiqued for certain failures, it provides a deep sense of familiarity and joy while watching these beloved characters take on the First Order one final time. However, for as many lovely moments as there were, there were several terrible ones as well. From Leia having to die for Kylo to finally feel anything at all to BB-8’s new and unnecessary droid companion, The Rise of Skywalker had a lot of WTF moments. Here are at least five of them, in no particular order (insert First/Final Order joke here).

Palpatine’s Resurrection
The long-running villain of the Star Wars saga and his resurrection ends up being announced in the opening crawl of the film. How underwhelming. The crawl also tells us that the Sith lord had the balls to send a broadcast to the galaxy announcing his return, to which I’m sure was received with the biggest WTF faces if J.J. Abrams had bothered to showcase their reactions. When Kylo Ren goes to kill Palpatine — can’t have a more powerful Dark side villain running around trying to upstage him after all — I expected at least some explanation to how he managed to revive himself.

Nope. Turns out Episode IX didn’t really care about that and glossed over the whole thing, hand waving his revival as something to do with the Dark side’s unnatural abilities. Alrighty then. Talk about lazy writing. Also, Palpatine’s plan was more of the same, only he tried evolving the First Order into the… Final Order. Guy’s had several decades and he couldn’t come up with a better name for his ultimate goal, which also remained the same. I’m disappointed.

Han Solo’s Return and Kylo’s Redemption
While Rey got a visit from Force ghost Luke, Kylo got an early Christmas haunting as well, only Han Solo wasn’t a ghost. After the death of Leia, Kylo turns around to see dear old dad. You know, the one he murdered back in The Force Awakens (I’ll never let that go). You see, this scene was all part of Kylo’s redemption, only it was all in his head so it seemed like he conjured Han up in order to forgive himself. It was a memory or a vision or something meant to let Kylo know everything was all good. There’s still hope to find the light!

Han is incredibly kind to his son, though it’s nonsensical that Kylo never actually apologizes for killing him or how he treated his dad. With Han’s blessing, Kylo finds the strength to toss his red lightsaber into the ocean, officially redeeming him and it wasn’t really deserved. Plus, the moment only served as a way to bring Han back for the final film, but it lacked emotion because Kylo has always been shown to hate his parents and it was always murky as to why. Was he loved a bit TOO much? It’s Luke he had issues with, we know that. Anyway, Han’s reappearance brought Kylo back to the light because the plot needed it to happen for the purpose of the finale and not because his journey made any actual sense. 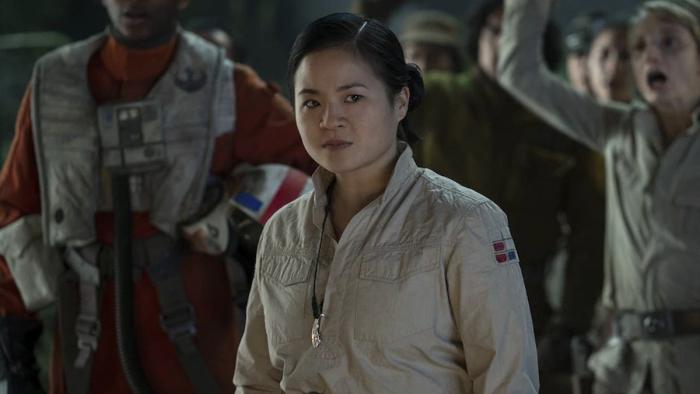 Rose Tico’s Absence
The sidelining of Rose in The Rise of Skywalker is less of a WTF moment and more like several WTF moments combined. While I might be in the minority in that I didn’t enjoy The Last Jedi as much as others, one of the best things the film did was introduce Rose Tico, the ever-positive Resistance mechanic. She had a pretty significant amount of screen time in Last Jedi, but her role was practically non-existent in this film.

When Poe tells her he, Finn, and Rey are off on a galactic adventure and that she should join, Rose turns down the offer… because… because… I honestly can’t remember since the excuse made zero sense. Rose then spends the rest of the film on comms and it’s complete garbage because she could have absolutely joined the trio. There was nothing important stopping her. Standing around for a few scenes with so few lines is incredibly disrespectful to Rose and I can’t help but think that her role was cut way down to cater to racist fanboys who complained about her and harassed her online during the The Last Jedi era. Simply put, there was no narrative reason for her to be absent from the film and it’s a disgrace that she had to sit it out. A disgrace.

Rey and Kylo Kiss
When people talk about Episode IX being fan service-y, this is exactly what they mean. Rey and Kylo’s Force bond flourished in The Last Jedi and got even stronger in Episode IX. However, the bond was just that, a bond. And a bond doesn’t have to be a romantic one at all and yet, J.J. Abrams went there and had Rey and Kylo kiss. It was awkward because its inclusion didn’t fit and then… Kylo up and died right after. Here was a man who manipulated Rey, tried to pull her towards the Dark side, and tortured her, but sure let’s have them kiss like they’re romantic soulmates. Simply having a connection through the Force wasn’t good enough, so here we are.

Finn Never Told Rey… Something
Quick sand, falling, Finn reaches out to Rey, and Rey reaches out to Finn. They think they’re done, they think they’re dying. Finn takes a deep breath before it’s all over and shouts to Rey that he never told her that… that… what??? What did he need to TELL HER??? That he loved her? (Apparently not, according to John Boyega.) That he’s Force sensitive too? They fall and survive. Rey, curious, asks Finn what he wanted to tell her. He says it can wait and that he’ll tell her later. But, dear readers, that time never comes and the moment is completely forgotten. Now we’ll never know what Finn wanted to say and we’ll be left speculating for the rest of eternity. Tragic.

Star Wars: The Rise of Skywalker is currently in theaters. 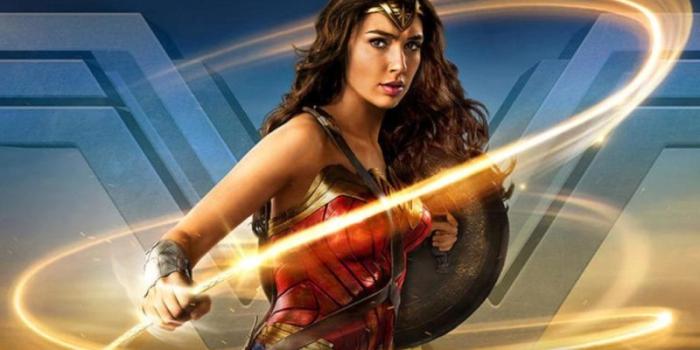