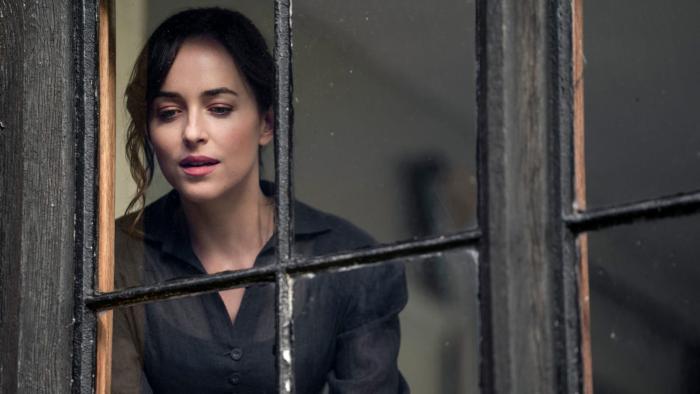 Review: ‘Persuasion’ Is Awful and It’s Also Everything That’s Wrong with Netflix

Of the six novels published by the iconic Jane Austen, Persuasion, released six months after her death, is perhaps the one with the most ardent fanbase. Sure, Pride and Prejudice is more popular and more likely to be adapted, but the story of Anne Elliot and her second chance at love with Captain Wentworth still inspires rapturous devotion from readers over two centuries later. Austen in general still elicits a level of adoration that the vast majority of authors can only dream of. We flock to her witty, incisive, and ever-relevant work because there’s something endlessly modern about it regardless of our current moment in time. We’ve never stopped being obsessed with ideas of class, relationships, womanhood, and what it means to inhabit a world where you’re forever aware of your status to others. It’s why we see so many adaptations all these centuries later. Well, that and the sweet freedom of the public domain. There will always be Austen adaptations, but following this take on Persuasion, maybe it’s time for us to hit the pause button for a few years.

I’m almost impressed by how bad Netflix’s take on Persuasion is. Directed by Carrie Cracknell with a screenplay by Ron Bass and Alice Victoria Winslow, it feels like a parody of an Austen movie intended to appeal to the cool kidz that you’d see on The Critic or 30 Rock. One wonders if the project was greenlit because some dust-covered executive at the streaming service saw Fleabag and wondered how much Phoebe Waller-Bridge’s series could be outright copied without spilling into plagiarism territory. It’ll infuriate Austen fans and baffle newbies to her work. I’ve no idea who this film is for, which is actually a big problem with Netflix these days.

Dakota Johnson, a thoroughly modern actress trying very hard with the material she’s been given, plays Anne, who was persuaded not to marry the then-penniless Wentworth (Cosmo Jarvis) by her family several years before. Now, the fortunes have turned. The Elliots are broke and Wentworth is the most eligible bachelor in town. The aching melancholy of Austen’s work, as well as its spark of humor, is sapped out with turn-to-camera winks and lines that would have been rejected from a 17th season script of Riverdale. Austen’s language is not untouchable and contemporary adaptations have injected modern phrases and idioms into her narratives with a fresh eye. Consider Clueless, which embraced ’90s valley girl cool without sacrificing the intent of Emma. Here, alas, it feels as though the writers and director thought they were above Austen, or that audiences were too thick to understand all those old-timey words. So, we get scenes where Johnson is forced to say lines like ‘It’s often said if you’re a 5 in London, you’re a 10 in Bath’ and ‘Now we’re strangers. No, worse than strangers. We’re exes.’ The latter is an especially clumsy rewrite of the original quote from the novel, where Austen describes Anne and Wentworth’s predicament: ‘Now they were as strangers; nay, worse than strangers, for they could never become acquainted. It was a perpetual estrangement.’

Moments that are supposed to feel modern bog the movie down and make it dourer than it already is. This is a curiously staid affair, perfunctorily directed with some good gazing from its attractive leads and not much else. Johnson, a talented comedic actress with a well-documented history of elevating garbage material, can only do so much here, especially since Anne, as she is presented, is wholly uninteresting. If this were a Fleabag remake then Johnson would at least feel at home, her sly timing appropriate for that series’ brand of post-feminist panic and self-loathing. But she can’t make this heavily diluted take on one of Austen’s most complex women anything more than a bad archetype. The same goes for Cosmo Jarvis and Henry Golding, two charismatic and handsome actors who can do stuff like this in their sleep but seem as though the only direction they were given was ‘do Bridgerton but bad.’

I’ve seen a lot of people push back against the universally negative reviews of Persuasion by claiming critics are being too snobbish about ideas of historical accuracy. I’m not precious about Austen’s work, as much as I enjoy it, and I’ll take a film that creates its own visual and thematic flair over sticking to ‘history’ any day of the week. Persuasion isn’t just bad because of its cavalier attitude towards its source material; it’s a poorly made film that saps one of the most beloved novels of the 19th century of everything that makes it so beloved. It strips Persuasion of its yearning, its intricate social dissections, and complex characters, and leaves behind a derivative mess that infantilizes its ensemble as well as its audience.

Really, this is a problem that Netflix has had for a while. The biggest name in streaming has struggled for the past few months with falling subscription numbers, terrible treatment of staff, and a hemorrhaging of clout. Their identity crisis has led to a shift in content and a growing realization that the days of prestige at the platform are coming to a close. I get it. When your most-watched originals are bad reality TV, cheaply made Hallmark rip-offs, and nostalgia bait, why not double down on what works? Much like the identity-free Ryan Reynolds action movies they’ve churned out over the past few years and the upcoming The Gray Man, Persuasion feels as though it was made to be consumed by viewers who are only paying attention half of the time. They make stuff to fold laundry to, background noise while you f**k around on your phone, stuff that. Once it’s over, you declare ‘that was OK’, then line up another movie or series. Entertainment like that certainly has an audience and serves a purpose, but shouldn’t you try to aim higher when you have all that money? Especially if you’re going to get your mitts on Jane Austen. This is a story, and an actress, that deserves more than nonsense that can be easily memed by a #relatable corporate Twitter account.

Persuasion is a film trapped in limbo, much like Netflix. You can see faint glimmers of what could have been but they’re smothered under cringe-inducing dialogue and a fatal misunderstanding of something that should have been easy to translate for a wide audience. It’s not as though we stopped reading Austen novels in the past few years. This feels like a film made by people concerned about appealing to an audience who simply don’t exist. I can’t blame them for that. After all, they inherited that conundrum from their bosses.

Persuasion is available to watch now on Netflix.

← Netflix's 'Carter' Promises Real-Time Action with A Side of Motion Sickness | How Much of Starz's 'Becoming Elizabeth' Is Based on a True Story? →