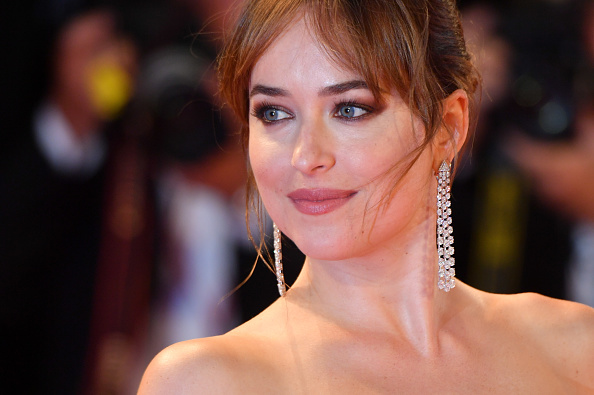 Dakota Johnson, who gained fame playing Anastasia Steele in the 50 Shades of Gray trilogy, finally spoke to her issues with the franchise to Vanity Fair this week. She doesn’t “regret” making the films, she said — “it was great for our careers” — but she concedes that the experience was “psychotic” and “so, so weird.”

Her issues, it seems, mostly center on E.L. James, the author of the 50 Shades trilogy who had a lot of control over the production of the films. Johnson told VF that she “is a very sexual person,” which is why she agreed to make the movies, but ultimately, they weren’t the movies “she signed up to do.” Why? Because the director of the first film, Sam Taylor-Johnson, had one vision for the movie (that Dakota Johnson shared) and E.L. James had another vision, and James’ vision changed even more drastically after Charlie Hunnam dropped out of the project and — in her anger — she threw out the original Patrick Marber script and re-wrote it herself.

Those familiar with the writing of E.L. James probably know where this is going. “It just became something crazy. There were a lot of different disagreements,” Johnson said. “I haven’t been able to talk about this truthfully ever, because you want to promote a movie the right way, and I’m proud of what we made ultimately and everything turns out the way it’s supposed to, but it was tricky.”

To wit: “We’d do the takes of the movie that [James] wanted to make, and then we would do the takes of the movie that we wanted to make,” Johnson said. “The night before, I would rewrite scenes with the old dialogue so I could add a line here and there. It was like mayhem all the time.” When it came to whose version made it onscreen, it’s obvious who won.

“[James] had a lot of creative control, all day, every day, and she just demanded that certain things happen. There were parts of the books that just wouldn’t work in a movie, like the inner monologue, which was at times incredibly cheesy. It wouldn’t work to say out loud. It was always a battle. Always.”

After Sam Taylor-Johnson left and was replaced by a male director, James Foley, things did not get better.

“Sam didn’t come back to direct after the first movie, and, as a female, she had brought a softer perspective,” Johnson told the publication. “James Foley came on to direct, and he’s an interesting man. It was different doing those bizarre things with a man behind the camera. Just a different energy. There are things that I still cannot say because I don’t want to hurt anyone’s career and I don’t want to damage anybody’s reputation, but both Jamie and I were treated really well. [E.L. James] is a very nice woman, and she was always kind to me and I am grateful she wanted me to be in those movies.”

It’s not hard to read between the lines — “there are things I still cannot say,” “I don’t want to damage anyone’s reputation,” “mayhem,” “demanded,” “incredibly cheesy,” “a lot of disagreements,” “always a battle,” “something crazy” — but it’s clear that Johnson did not care for the experience, did not like the results, and has little respect for E.L. James’ talent even if she does like her as a person. However, she is nevertheless thankful for the opportunities those movies have since given her.

Johnson can currently be seen in Cha Cha Real Smooth on Apple TV+, while her Persuasion is due out later this year.