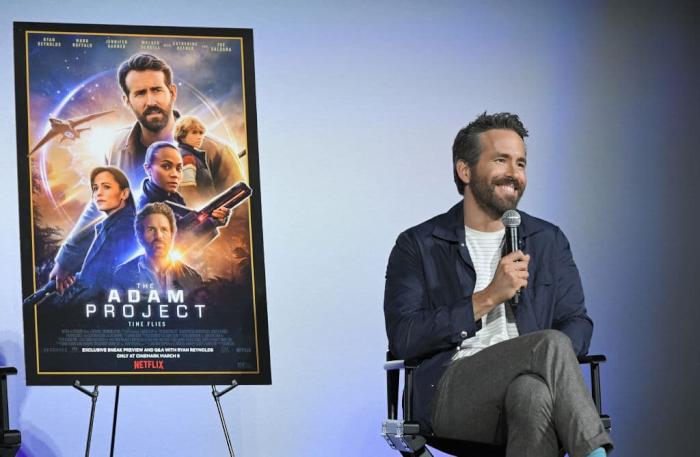 Ryan Reynolds Is a Great Brand but an Increasingly Boring Actor

The Adam Project dropped recently on Netflix, with Ryan Reynolds leading yet another original movie for the streaming service. The film received mixed reviews although was more kindly received than his last Netflix title, Red Notice. I can’t say I’ve found myself especially enthused with Reynolds’s film projects lately. Honestly, I’m not sure I can remember the last time I actively looked forward to one. Maybe Detective Pikachu, but even then, that was mostly out of pure nostalgia for Pokémon. Ryan Reynolds is undoubtedly one of the biggest stars in Hollywood, a multi-millionaire listed by Forbes as having made $71.5 million in 2020 alone. There’s much to dissect in his career with its various ups and downs, but increasingly, his acting is the least interesting part of it.

I wrote before about how Reynolds had become a major figure in the growing field of the celebrity side hustle. Thanks to his media savvy and wise industry choices, he’s managed to make a pretty penny from his gin brand and Mint Mobile deal. Other actors keep their non-entertainment work to the side-lines, keen to keep it separate from their main business of being a celebrity. Reynolds proudly combines the two, enthusiastically shilling for his corporate investments in ways that do not contradict his actorly persona. The joke is that, yes, Ryan Reynolds is indeed doing ad campaigns, and isn’t that funny but also kind of worth respecting?

Even for an actor as consistently well paid as Reynolds, I imagine it’s the business side of his work that pays the most. As studios further monopolize and streaming takes huge slices out of residuals, it’s no wonder even the true A-listers are eager to gain a few extra streams of revenue. That’s why every actress you know seems to have a skincare line now. Not every celebrity is great at this kind of hustle. The ones who are, however, can make massive amounts of money from it, like Reynolds. It requires a committed and appealing overall image, an ability to turn oneself into a brand that entices the most desired demographics. Dwayne Johnson’s doing a great job at it as well. See also Gwyneth Paltrow, whose GOOP-ness might be a frequent topic of mockery but had undeniably changed the game of celebrity lifestyle branding. Reynolds’s strategy differs from Paltrow’s in one key way: it expands well beyond his business investments and encapsulates his acting.

There really isn’t much difference between the Reynolds who shills Mint Mobile and the Reynolds who headlines movies that seem to have originated in random plot generators. He’s sardonic but has a heart of gold, an action guy with a slew of quips and pop culture references waiting to be deployed, sarcastic but not mean, and willing to pratfall to prove his abilities of self-deprecation. Imagine Deadpool without the R-rated freedom (well, let’s be honest, that’s probably how Deadpool 3 will end up.) It’s not uncommon for leading stars with headliner power to carve out a niche for themselves in this manner, although it is striking how the likes of Reynolds have started to sideline all of their more interesting acting talents to do so.

Reynolds, much like his Red Notice co-star Dwayne Johnson, has evolved into a unique kind of leading man that is as much an IP as the films he stars in. You could argue that Ryan Reynolds movies, as disparate and unconnected as they are in terms of story, constitute their own strange kind of franchise. They’re thematically and stylistically similar and Reynolds plays near-identical characters who all act like Major Leading Man Ryan Reynolds. It wasn’t always like this, but now that it’s an algorithmically sound image to project, it feels like this is all we see from him (and Johnson too, but his project choices have, in my opinion, been generally more interesting than those of Reynolds.)

That’s what Reynolds’s current acting projects remind me of: a Netflix algorithm. According to the streaming service, Red Notice was not only their most popular original film ever but, in terms of the suspect viewership numbers they like to present, one of the most popular films of all time. Reviews were bad and it left behind no real cultural footprint. It was a CGI fest, a blatant mish-mash of other better films, starring three actors who barely seemed to be trying, and chock full of product placement for the two leading men’s alcohol brands. Reynolds seemed way more enthused in the marketing skits than the movie itself. I still refuse to believe the unprovable stats that Netflix pumps out but, honestly, it would not surprise me if Red Notice was indeed a megahit. Like Reynolds of 2022, it’s a film designed to be the top piece of content of that week.

It wasn’t always like this. Reynolds may never have been at Gosling levels of range but he did push himself with more interesting and quirkier projects before he reinvented himself as Ryan Reynolds the Brand. He’s brilliant in Buried, a claustrophobic thriller that sees him stripped of his comedic tics and forced to reveal his true terror as a man stuck in a coffin underground with no hope of escape. He holds his own against Ben Mendelsohn in the sadly underseen Mississippi Grind and he is remarkably at home as an off-kilter accidental murderer in The Voices. It’s tough to imagine Reynolds the Brand making films like this now, with rough edges and characters who aren’t necessarily meant to be liked or memed.

I don’t blame Reynolds for getting comfortable with this homogenous creative approach, especially when you think of how many zeroes are at the end of his paycheque. There’s a reason Robert Downey Jr. did nothing but Tony Stark bit-parts for a decade. It just makes me wonder if it’s possible for an actor to be both an interesting creator and a savvy businessperson. Does the current industrial monopoly allow for such variety? How many funny skits or gin adverts can you mine from an indie drama? Maybe Reynolds will pull out an auteur-driven vehicle in a couple of years. Even RDJ is doing a Park Chan-wook project now. I would like that but, let’s be honest, the algorithm may not make space for such a chance.