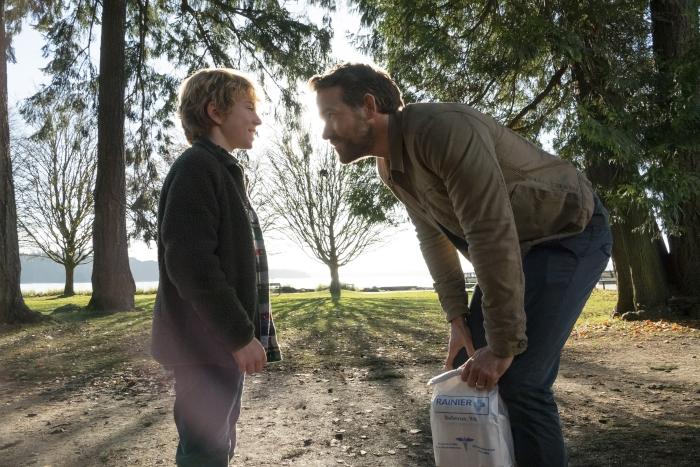 Review: 'The Adam Project' Is All Sound And Atoms, Signifying Nothing

It’s funny how Time Travel stories exist for one thing and one thing alone in the movies—for the interrogation of our selves. We humans will make everything about our individual selves, won’t we? Science-fiction schmience-schmiction, the obliteration of the space-time continuum doesn’t mean a damn thing if Mommy and Daddy don’t kiss and make us in the first place. And yet the popcorn blunt indifference with which Free Guy and Night at the Museum director Shawn Levy’s latest The Adam Project treats anything the slightest bit brain-teasing still came as a surprise to this reviewer—why even try to make sense of anything when Ryan Reynolds can quip something vaguely quippy every two-point-five seconds, blow some things up in between, and then the whole thing be dropped onto Netflix for a full week of “Most Watched” algorithmic fanfare? Time really doesn’t mean a thing as far as click metrics are concerned.

It’s not that I have any desire to get lost in the logistics of impossible scientific gobbledegook, mind you. Last year Céline Sciamma gave us a miniature masterpiece with her movie Petite Maman, which had a little girl set up a stick fort in the woods that became, with not a whiff of explanation, a gateway back in time so she could hang out with her mother as a child and bond. That movie, whisper slight at just over seventy minutes, packed an emotional wallop that’s been walloping me ever since. And The Adam Project is definitely gunning some for that same inter-generational make-with-the-feelings juice, setting its Flight of the Navigator meets Guardians of the Galaxy theatrics against a mostly single cabin setting where one family has come undone with the recent death of its papa bear.

Said Papa Bear is played by Mark Ruffalo (although you won’t know that until the film’s final act) while Mama Bear is played by Jennifer Garner, and yes that’s a 13 Going on 30 reunion to be excited about that The Adam Project does absolutely zip zero zilch with. But as a reference point (and gee golly does this film have clay feet made of nothing but those) it’ll grant you a moment of smiling remembrance. And thematically it will then fill in some of the film’s massive blanks, as here too we have a story about a younger version of a person named Adam (played with great charm by the 13-year-old Walker Scobell) and his older version, also named Adam (played with the polar opposite of great charm by Ryan Reynolds), coming together to teach us something about ourselves. Supposedly. Or, short of that, to teach us something about faceless goons exploding into galactic fairy dust for two straight hours.

In the opening moments of The Adam Project we’re told it’s the year 2050 and we meet Big Adam (as the credits call him) in the middle of an outer-space gun battle with some nogoodniks blasting away on his tail. The faceless nogoodniks have almost got him, he’s gotten a bullet in his belly even (all the better to have Reynolds flash some abs later, natch), until Big Adam presses a button and escapes through a wormhole. And voila, just like that we’re in Present Day 2022, where Young Adam (and apologies if you’re at all like me and are going to think of Ewan MacGregor having lots of full-frontal sex with Tilda Swinton every time I write the phrase “Young Adam,” but that too is what the credits call him) is getting beaten up by some generic bullies. Generic Bullies (TM) who do all their shopping in the Stranger Things 80s Greatest Hits catalogue, apparently—The Adam Project’s frantic grasping toward wanting to be called “Amblin-esque” begins here, doing this Time Travel story absolutely no favors—it’s so concerned with capturing an at-this-point 30-year-old aesthetic that its concept of “Present Day” reads as incoherent. 2022 might as well be 1985, and I might as well be watching Back to the Future or Peggy Sue Got Married while we’re at it.

It only takes a couple of scenes of set-up—Young Adam is a defiant troublemaker, his mom Jennifer Garner is Trying Her Best, et cetera—before Y.A. (and yes let’s just abbreviate that from now on so I’ll stop seeing Ewan McGregor’s penis in my head whenever I type “Young Adam”) has stumbled across his injured older self in his dad’s smaller cabin… that is, the one behind their bigger cabin… and if you love cabins then have I got the movie for you! B.A. (that is Big Adam) doesn’t try to shield Y.A. from who he is for very long—less than a single scene really, and, as with everything Reynolds does here, with no real effort at that. Space-time continuum be damned! And before you know it (in the film’s most relatable moment) the little one’s poking his little fingers in awe at Ryan Reynolds’ big muscles, and enlisting B.A. to beat up those bullies, to save the world, and to snark at Catherine Keener, so forth. What you expect, basically.

Did I say Catherine Keener? Yes I saved the best for almost-last, as Catherine Keener can’t help but show up and be the best about anything, just by sheer nature of her inherent cool Keener-ness. There’s plenty of off-text fun to be had with her here playing the movie’s seemingly super bored villain, a co-worker of Adam’s father who’s weaponized a theoretical discovery of time travel for some sort of, well, vaguely sinister plot that I couldn’t be bothered with grasping the mechanics of. Not when Keener was wearing Darth Vader-by-way-of-Laura-Mars chic and shooting nearly all of her scenes from a seated position inside a green-screened hovercraft probably light-years away from her co-stars. (At all times I half expected to see that someone had forgotten to CG out a Starbucks cup beside her.) And that’s before there’s a second, younger Catherine Keener that comes stomping about! All of this was enough of a hoot on its own, story be damned—I’d kill for a Keener Cut (but when isn’t that the case).

The Adam Project is really several films slapped together, all adding up to none—there are Star-Wars-esque chases through desert caverns and forest-scapes (even blatantly stealing a few of Jedi’s best beats), and there are enough James-Gunn-inspired 70s-era rock-radio needle-drops that the Suicide Squad director should perhaps consider a lawsuit. Indeed Zoe Saldana shows up for the movie’s interminable middle passage just to further strain toward some positive Guardians feels, ladling a go-nowhere love-interest plot over the already too-busy movie just so it can hit all the quadrants. And then there’s Ryan Reynolds, possibly never before seen as lazy as he is seen being here, auto-piloting this thing into a saccharine puddle of snark that I wanted to scrub off with a wire-brush by film’s end. Any meaningful questions of self-hood evaporate in his absentee presence, the true vanishing point where all form and content go to wink out like a light.

← Shut Up Already About Batman Not Spending All Of His Money To Help Gotham City | 'SNL' and Zoë Kravitz Take on 'Amazon Go,' 'Word Crunch' and 'Don't Stop Believin' → 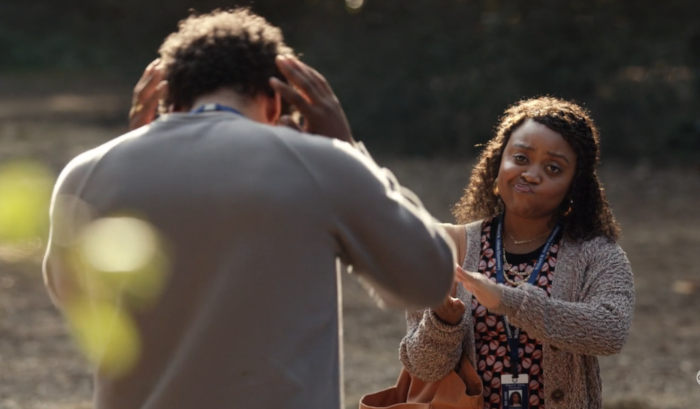 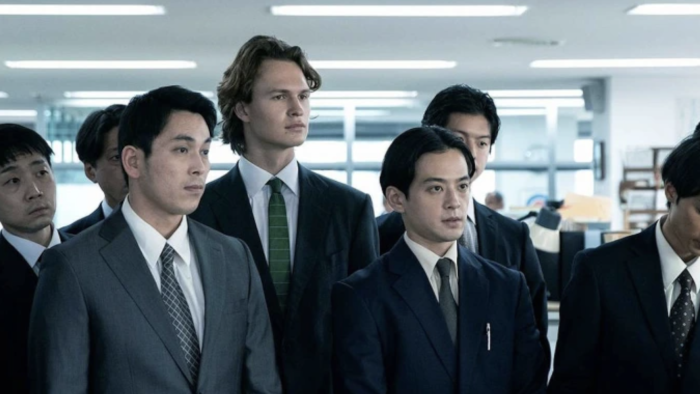 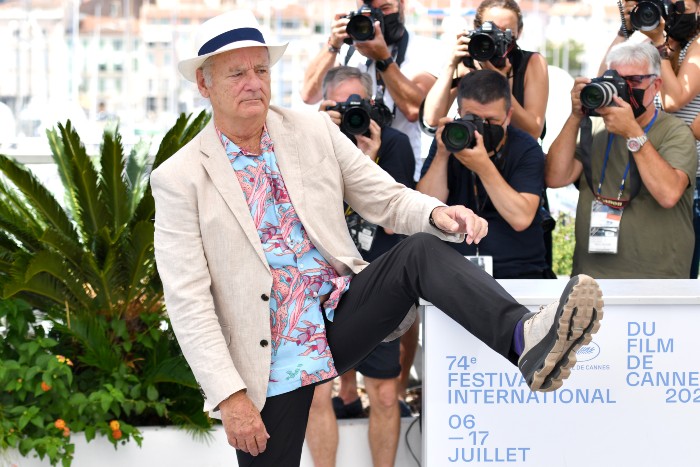