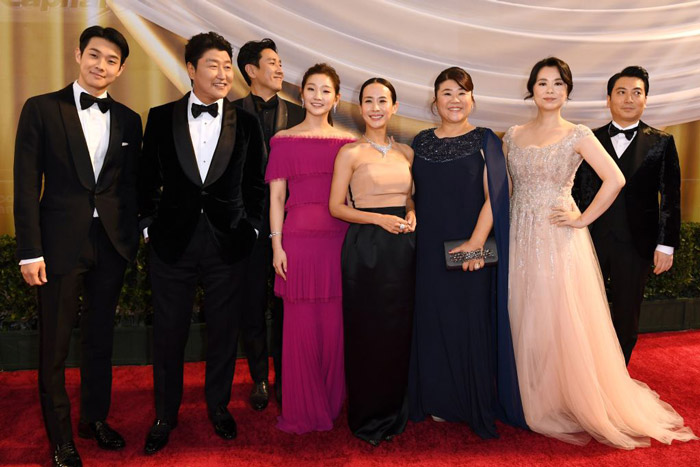 In a continued effort to combat #OscarsSoWhite (as well as Oscars So Out of Touch), The Academy of Motion Picture Arts and Sciences has continued to expand its membership with an eye toward inclusion. Yesterday, The Academy announced the addition of 819 new members; 36% of this group are people of color while 45% are women.

The Academy has more than 8,000 members, 1/4th of which have been added over the past three years in the effort to get fresh blood and greater diversity in the old, white, male ranks. However, The Guardian notes that even with this inclusive injection, the Academy of 2018 was still 84% white. Which might explain that Green Book win for Best Picture. However, it’s speculated that the newer members were key to Bong Joon-ho’s Korean-language Parasite taking home history-making wins in Best Director, Best Screenplay, and Best Picture.

Speaking of Parasite, acclaimed cast members Choi Woo-Shik, Jang Hye-Jin, Jo Yeo-Jeong, Lee Jung-Eun, and Park So-Dam have all been invited to join the Academy. (Bong Joon Ho and Kang-ho Song had already been invited). Other exciting or intriguing additions to the actors’ branch include:

Note: while Olivia Wilde is a director (Booksmart!); she was not included in the directors branch. Some new members to that group include Ari Aster (Hereditary, Midsommar), Mati Diop (The Atlantics, A Thousand Suns), Alma Har’el (Honey Boy, Bombay Beach), Matt Reeves (Dawn of the Planet of the Apes, Cloverfield), Matthew Vaughn (Kick-Ass, Layer Cake), and Lulu Wang (The Farewell, Posthumous).

Other thrilling additions were made to the Writers branch, which includes: Jérémy Clapin (I Lost My Body), Susanna Fogel (Booksmart, The Spy Who Dumped Me), Julia Hart (Fast Color, Miss Stevens), Stella Meghie (The Photograph, Jean of the Joneses), Pamela Pettler (Monster House, Tim Burton’s Corpse Bride), and Krysty Wilson-Cairns (1917).

To see the full list, visit the Oscar’s official announcement.

← August Alsina Claims He Had an Affair with Jada Pinkett Smith that Will Smith Approved | The Latest on the Coronavirus: More Positive Data on a Vaccine, and ... Bar Lives Matter? →