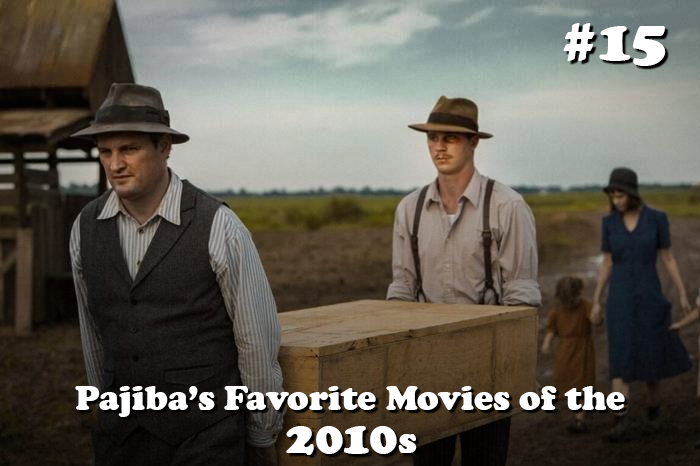 The Real Story of America Isn't a Light Fairy Tale

There is a moment in Mudbound I ruminate on often, if not incessantly: Mary J. Blige’s Florence Jackson is thinking of her son, Ronsel (Jason Mitchell), a boy who grew up to be a man who went to war to defend a country who barely even considers him a person. Of Ronsel, of the boy she and her husband Hap (Rob Morgan) love so ferociously, Florence muses to herself, “I held his heartbeat in my hand.” The way Blige says that line, with simultaneous affection and exhaustion, communicates so much about Florence—the life she has lived, the indignities she has suffered, the bond she has with her son, the awareness she has of the fragility of it all. I don’t know why Blige hasn’t been inundated with acting offers since Mudbound, but then again, I don’t understand much about the muted reception Dee Rees’s film received. At least we here at Pajiba got it right: Mudbound is a new American classic, and we’ve ranked it our No. 15 movie of the decade.

There are many stories we tell ourselves about America, and many of them are fairy tales. We have the reassuring stories about American military conquest, like Midway. We transform historical figures into superheroes, and we do it so often to white men (Once Upon a Time … in Hollywood) that it’s shocking when we give the same treatment to black women (Harriet). Sometimes our stories about the darkest chapters of American history gloss over the actually bad shit that happened, but Dee Rees’s Mudbound refuses to shy away from depicting white supremacy and white patriarchy in action while giving just as much power to black resistance and white allyship.

The film focuses on two Mississippi families living in the 1940s: The Jacksons, who have worked a plot for generations but who, because of the color of their skin, have nothing to show for it. “This man, this place, this law … say you need a deed, not deeds,” observes Hap, a man who could be consumed by bitterness and resentment. Who should be consumed by bitterness and resentment, but whose entire life has been shaped by this land, and whose knowledge of it is practically unparalleled. Florence, meanwhile, has spent her years caring for other people’s children, and knows what it’s like to be used. Both Hap and Florence want more for their family, more than this, and their son Ronsel, returned from war in Europe, is no different. He fought to save American lives, and he comes home to white people spitting in his face. “What good is a deed,” indeed?

Meanwhile, the McAllan family turns to the land not as their saving grace, but as a last resort. They see no beauty in it, no promise, but a mode for domination. Henry (Jason Clarke) doesn’t have the farmer’s touch but thinks he can beat the land into submission. His wife Laura (Carey Mulligan) sees only dirt and despair. And younger brother Jamie (Garrett Hedlund), who drinks endlessly to numb the pain of war, finds his only friend in Ronsel. What they survived is a bond that no one else can touch, and Hedlund’s and Mitchell’s scenes together are intimate and infectious.

But this is America, and Jamie’s and Ronsel’s neighbors can’t abide by an interracial friendship, and Mudbound progresses toward a conclusion that is compelling thanks to Rachel Morrison’s cinematography (the first woman ever to be nominated in that category at the Academy Awards, and so far the only), Tamar-kali’s evocative score, and Rees’s confident direction. She paints a portrait of black American life as weighty with emotional anguish but also deeply infused with tradition and joy. She makes clear both the myopia and narrowness of racist thinking, and the genetic and generational trauma it stamps upon the black communities affected by it. And yet there is a rhythm to Mudbound, a lyricism, that refuses to give into defeatism and doubt. Selfhood is possible, Rees and co-screenwriter Virgil Williams argue, but it might not involve racial harmony. Something more radical might be necessary to achieve a true attempt at life, liberty, and the pursuit of happiness for black Americans, and maybe that radical choice is an abandonment of America itself. Consider Mudbound as a classic that, like The Grapes of Wrath and Days of Heaven, upholds portions of the American dream while also underscoring the need to criticize it. “Should my story end there? Silenced and defeated?” Ronsel wonders in the final minutes of the film, and how empathically Mudbound refuses such an ending for Ronsel is its power and its legacy.