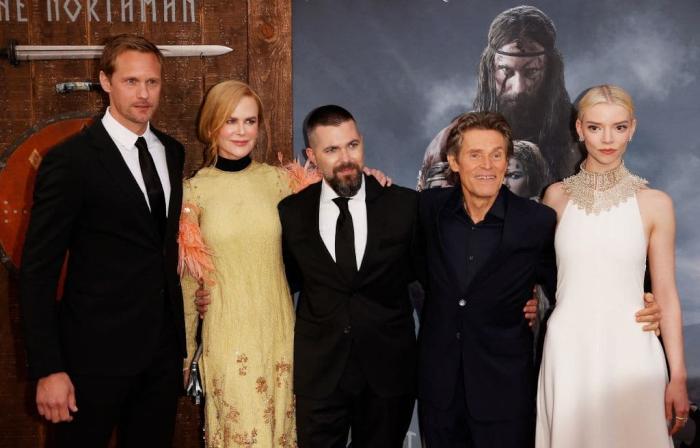 This past weekend was an interesting one at the box office. We had no fewer than three major studio releases, and all of them were original IPs. Gasp, it is possible! OK, none of these movies pulled in Sonic numbers but it was something of a relief to see that movies without a pre-existing franchise or recognizable built-in brand can get a wide release and have a studio put real money behind marketing it.

The top spot went to The Bad Guys, the newest effort from DreamWorks Animation. This one received solid reviews and feels like a breath of fresh air amid the glut of kids’ films we get year after year. From 4008 theaters, it grossed $24 million. Again, not Sonic money, but it’s already made back its budget thanks to international grosses (DreamWorks films tend to cost way less than your average Disney animated feature.) Job well done right there. But it does make me sad once more that Disney decided to skip a theatrical release for the wonderful Turning Red.

The Northman debuted at number four with $12 million, which is good for an R-rated violent revenge drama. Granted, this one cost Focus Features about $60 - 90 million so it’ll need to do long-term business to break even. Go see it. I loved it.

Nic Cage stars as Nick Cage in The Unbearable Weight of Massive Talent, a fun meta-comedy that debuted at number five with $7.175 million from 3036 theaters. I’ve seen some write this off as a niche Film Twitter in-joke that would never appeal to audiences but Cage’s persona has long been a defining part of his image so I don’t get that assertion. A comedy for adults doing any kind of in-cinema business is nothing to sneeze at.

Things were less hopeful for Fantastic Beasts: The Secrets of Dumbledore, which fell a sharp 66.8% in its second week, falling from one to three. It’s grossed about $67.1 million domestically, which is around half of what Sonic the Hedgehog 2 has in the bank in North America. Morbius of all movies is doing better overall. Yikes. This franchise was never on an upward trajectory — remember, the second film made about $140 million less than the first — but this is still kind of shocking given that it’s Harry Potter of all things. This property will never not be mined for money by Warner Bros. but I imagine they’ll be seriously rethinking their business strategy in the coming months. F**king suffer. Trans rights!