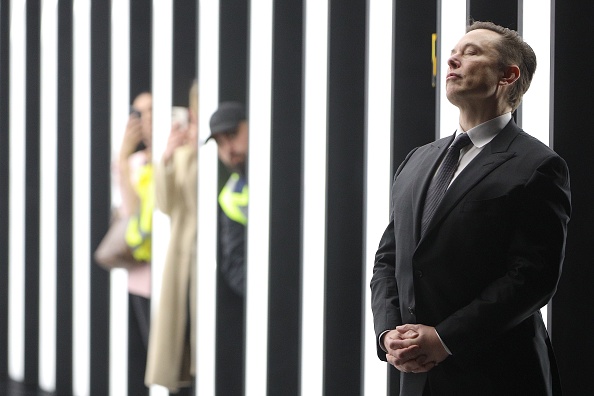 Some thought Elon Musk’s offer to buy Twitter would never come to fruition — that he could raise the liquid capital, that Twitter would figure out how to scuttle the offer, or that Musk was simply trolling the SEC — but it appears that Musk’s bid has advanced and that a deal is imminent. An announcement could come as soon as today unless another suitor sweeps in at the last minute. That seems unlikely, because Twitter may not even be worth what Musk is paying. If the bid doesn’t fall apart, Musk would take Twitter private so that it can, according to Musk, “grow” and become a “better platform for free speech.”

What does it mean for Twitter? It means that the social platform will be owned by a guy who named his kid X Æ A-Xii. That a friend of Joe Rogan and “free speech” conservatives will be running the place. It means that Twitter will be Musk’s platform. It means that one man will have total control over a service that provides the seeds for a lot of news — or at least, it did. It means that, for all his talk of “free speech,” Musk will be able to ban anyone he sees fit, which is exactly what authoritarian types like Musk do. It also means he’ll be able to reinstate anyone he wants, including Donald Trump, banned white nationalists, purveyors of misinformation, etc. It’ll be interesting to see — and by interesting, I mean terrifying — if he lets Trump back on, if the former President will once again be able to dictate the news cycle, or if the political world has (mostly) moved on to Ron DeSantis (ugh).

Musk may also finally add an edit button, as well as allowing users to create their own algorithm. I have no idea how that might work. It all sounds dire to me, but I do agree with all those who say that those who are threatening to leave the service probably actually won’t do so. My guess is that it will be more of a gradual shift — if restrictions on abusive language, racism, xenophobia, and misinformation are lifted, and Twitter becomes increasingly unusable, users will gravitate away from it. It will become just like Parler, Gab, etc. Putting a bully in charge of moderating bullies seems … not great. On the other hand, if Musk doesn’t filter some of the abuse and misinformation, Twitter could lose its place in the Apple and Android stores.

Twitter, expectedly, is a little more bleak (and bullying) than usual this morning after news of the impending takeover:

This whole "RIP Twitter" thing I would hope would just get more people noticing and understanding that it is a Bad Thing that a rich mf'r can just up an buy a platform when it's not saying the things he likes.

If you’re thinking about sticking around you’ll soon regret it. Twitter will quickly evolve into pro Trump 2024 crayville loaded with the same hate and vitriol you’d find on gab, Parler, etc
Yeah, no thanks.

I mean, probably not?

It'll just get a Lot worse than it is for anyone who isn't a raving anti-science Cult sheep.

RIP Twitter trending is a reminder that the only reason conservatives want Elon Musk to buy Twitter is so they can say slurs and push propaganda.

I'm not saying "RIP Twitter" because Elon is going to turn it into Parler/Truth Social, or because he's going to promote "free speech", I'm saying it because I have every expectation he won't know what he's doing and what he does try to do will end up ruining this place somehow.

RIP Twitter. Take a good thing and f*ck it up by forcing your rich white man righteousness down everyone's throats.

You only need to see who’s celebrating this Elon Musk deal to know what Twitter is about to become. RIP Twitter.

I think it's gonna be a good Monday seeing as half of Twitter is losing its fucking mind since Elon is buying it.
"RIP Twitter" is trending?
No, it's only going to get better from here!

Leftists with their RIP Twitter nonsense 😂. OMG it won't just be a leftist echo chamber anymore the horror! We know Leftists love to silence different opinions

I think that the NYTimes had the right idea last month when they told their reporters to stop spending so much time scrolling through Twitter. It’s not only better for their reporting, but also their mental health.