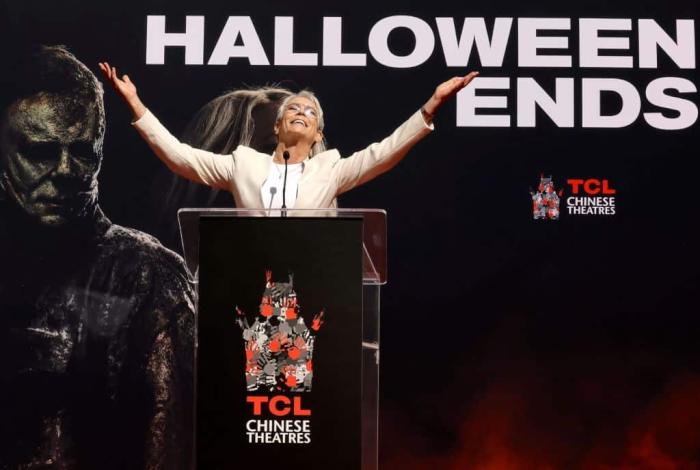 The scary movies are out in full force this October as we enjoy spooky season for as long as possible. Look, it’s annoying that I have to see Christmas stuff on shelves next to Halloween fare. Let Satan have his holiday before God hogs up all the attention. So, this should be the perfect period to release yet another Halloween movie. And it was. Sort of.

The latest film in the seemingly never-ending franchise, Halloween Ends, managed to take the top spot of the box office with ease. Yet it didn’t come anywhere near its predecessors. It ranks as the lowest of the new trilogy, with a $41.3 million opening. That’s well below expectations, and about $7.3 million less than Halloween Kills made during a pandemic slump. Reviews were pretty bad and there may just be general fatigue with this franchise. Granted, it was also released on Peacock the same day it dropped in cinemas so it might be doing better in home viewings. It’s also already made back its $20 - 30 million budget. They say this is the last film. It won’t be. It’ll never die.

The real Halloween success story this year is Smile, which is at number two and has a domestic total of over $71.1 million. That marketing campaign has real legs and it certainly doesn’t hurt to be the original horror movie going up against a big IP. Sometimes, that counter-programming works. Shoutouts also go to the horror sequel Terrifier 2, which had a pretty small release of about 700 theaters but saw its gross increase by 5.6% from the previous week.

Oscar season is upon us, kids! We see that in practice with a couple of new releases. Till, the biographical drama about Emmett Till, grossed $240,940 from 16 theaters. Park Chan-wook’s Decision to Leave made $90,729 from only three theaters, which easily gave it the highest per-theater average of the weekend. Cate Blanchett’s Tár added 32 theaters to its limited run and got a 127% increase in gross from its opening weekend. Will general audiences come out for the awards darlings this season? It remains to be seen but don’t write off some of these titles. Stranger things have happened.

This coming week sees the release of the Irish black comedy The Banshees of Inisherin, the Clooney/Roberts rom-com Ticket to Paradise, and DC’s Black Adam, which is important, apparently.