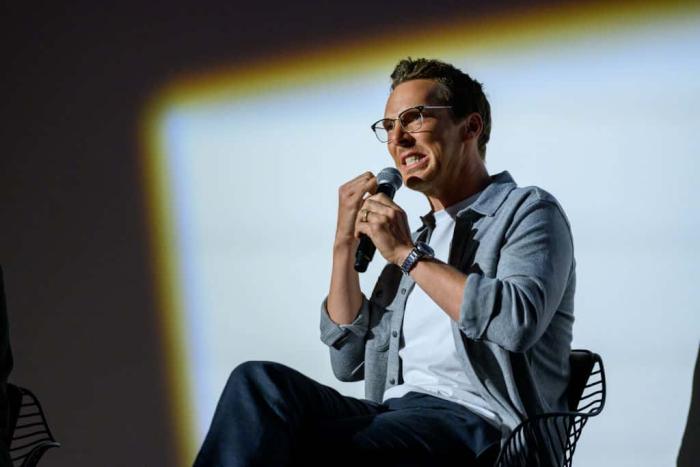 Benedict Cumberbatch Wants You To Know That He Suffers for His ART!

I love awards season. It’s a surreal and aggravating time of year, that strange moment of hysteria where everyone in Hollywood loses their dang minds, all in the hopes of winning a statuette of a small gold man with a sword. I’m a sucker for the drama. I want to hear all of the weird stories. Give me all of the anecdotes of actors trying way too hard to show how seriously they take their jobs. Oh, is that Lady Gaga claiming she kept an Italian accent for over a year while filming House of Gucci? Love it, give me more! Is Will Smith still getting way too candid with his personal life to sell King Richard? I am the audience for that. Is it ridiculous? Obviously, and I must admit that I have very little patience for some folks who engage in this kind of behaviour. I’ve no time for the likes of Jared Leto or Eddie Redmayne bemoaning how hard it was to be a cis man playing a trans woman for industry clout. I’m not wild on the way that actors describe extreme weight loss or gain as some sort of noble feat either.

But Benedict Cumberbatch talking about how he poisoned himself multiple times in the name of realism? I’m petty enough to laugh at that.

Cumberbatch is currently a major Best Actor frontrunner for his performance in Jane Campion’s latest drama, The Power of the Dog, Campion is an undisputed master of film who’s never directed a bad one in her entire career and her newest title is garnering some of the strongest reviews of the season. It’s no wonder Cumberbatch may see this as his moment to claim Oscar gold. Competition is tough, however, with the likes of Will Smith, Denzel Washington, Joaquin Phoenix, and Peter Dinklage also considered major contenders.

So, of course, this means we need to hear lots about how tough the gig was and how the actors poured everything into their artistic genius. For Cumberbatch, this included nicotine poisoning. As he told Esquire, to capture the realism of playing a hardened rancher with a serious chain-smoking habit, Cumberbatch felt compelled to commit to the verisimilitude of the character. That meant real tobacco roll-up smokes. None of that fancy herbal stuff for this man. ‘That was really hard,’ he said, ‘Filterless rollies, just take after take after take. I gave myself nicotine poisoning three times. When you have to smoke a lot, it genuinely is horrible.’

Cumberbatch didn’t stop there. He also learned how to do lots of fun cowboy stuff like hay-stacking, whittling, ironmongery, and banjo playing. He learned how to castrate a bull! He also didn’t speak to his co-star Kirsten Dunst on set since their characters hate one another, and, because he ‘wanted people in the room to know what I smelled like’, he didn’t bathe. Dude. I promise you that make-up is pretty realistic these days so you don’t need to actually roll around in filth. Honey, have you tried acting?

Look, I respect an actor for wanting to learn the basics of a character’s life so that it seems real on-screen. We’ve all seen films where someone plays, say, a musician and it’s clear that they’ve never held an instrument in their life until the cameras rolled. Cumberbatch is no cowboy, so it helps to figure out the basics, and smoking repeatedly is a big detail in the source material about his character. I get the choices he made, but it really does feel like every actor eager to be taken seriously can’t help but go about three steps too far. Take a f**king shower, dude. Smoke the fake ciggies! Treat your co-star nicely!

But I also can’t help but admit that I f**king LOVE these displays of ego. It’s so silly and seldom makes the artiste in question look more dedicated or sensible. I want more of it this season. This is a year of immense thirst and I am hungry for it all. Tell me ALL the stories about Gaga’s method acting or Bradley Cooper’s thirst or whatever the hell Leo’s doing in that Adam McKay movie. Just make sure to wash every now and then, people!