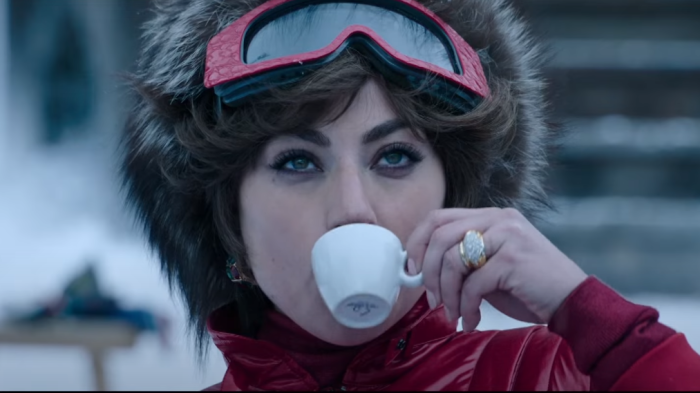 Trailer: Has Anyone in 'House of Gucci' Ever Actually Met an Italian Person?

MGM dropped a new trailer for Ridley Scott’s House of Gucci, starring Lady Gaga, Adam Driver, Jeremy Irons, Jared Leto, Salma Hayek, Al Pacino, Camille Cottin, and way too many other people. The drama — Scott’s second film of 2021 after the surprisingly great The Last Duel — tells the real-life story of the warring Gucci family, the clan behind the iconic fashion label, and the dynastic squabbles that culminated in an assassination. The style! The ’80s charm! The accents, oh the accents!

I’m admittedly pretty psyched for this film, especially after being so won over by The Last Duel, but even without that in its corner, who couldn’t be won over by this chaotic drama of wigs, diamond rings, synth-pop, and Lady f**king Gaga?! I am curious as to whether or not anyone involved with this film has ever listened to or met an actual Italian person. The accents veer between the Italian Elon Musk Twitter account, Fat Tony from The Simpsons, and Brad Pitt in Inglourious Basterds. Shout out to Ms. Germanotta, who is doing a mixture of Lorraine Bracco and Nadja from What We Do in the Shadows. It will surely drive some people mad, but I kind of love the over-the-top panto-esque nature of it. Go hard or stick to your normal accents. No in-between ‘I’ll be English as a stand-in for all accents in a historical drama’ nonsense!

Of course, we’re all mostly hoping this will be the camp extravaganza of the year. Sure, there’s a strong possibility it could be a genuinely great film about betrayal, family, and greed, but we really crave the theatricality of it all. We want to see those costumes and watch some of the most talented actors in the business (and also Jared Leto) ham it up to smoked bacon levels. This could be a piercing insight into the tawdry glamour of Gucci, or it could be a Drag Race acting challenge with a higher budget. Either way, we win.

House of Gucci premieres in theaters on Thanksgiving Weekend.