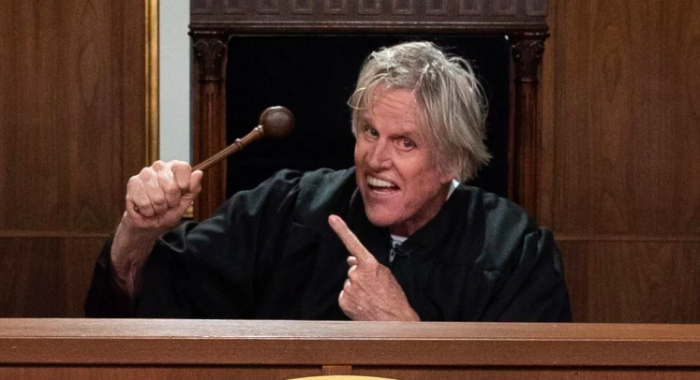 Good News In Entertainment: 'What We Do In The Shadows,' Lisbeth Salander, Mel C, And Gary Busey

Looking for something to be excited about? We’ve gathered a string of good news in entertainment, including charming trailers, rapturous renewals, and some promising deals.

After a second season that was wickedly hilarious, What We Do In Shadows has been renewed for Season 3. This means fans will get to sink their teeth into new misadventures starring Kayvan Novak, Matt Berry, Natasia Demetriou, Harvey Guillén, and Mark Proksch. It’s sure to be a bloody good time.

Did you dig Stieg Larsson’s Millenium books? Then you might be intrigued by Amazon’s latest series. The studio is on development on The Girl With the Dragon Tattoo, which will not be another direct adaptation or sequel. Instead, the show will center on Lisbeth Salander, placing her in a modern setting with a new cast of characters and new villains to face. (Variety)

Do you love a spelling bee? Good news for you, Netflix has a new doc that follows four hopefuls. Here’s the trailer for Spelling The Dream.

Hot off the success of Uncut Gems, the Safdie Brothers, Josh and Benny, have inked a first-look deal with HBO. This will allow the critically heralded duo the chance to create new projects, potentially with a robust budget. That plus their rep for giving stars like Adam Sandler and Robert Pattinson radical roles could bring major talent to these productions. (THR)

Spice Girl fans alert! Melanie C (A.K.A. Sporty Spice) is back with a new track. Here’s the video for “Blame It On Me.”

Shana Feste has built her career on making romantic dramas like Country Strong, Endless Love, and The Greatest. Now, this writer/director is taking a darker look at love with Run Sweetheart Run. This thriller follows a woman who’s struggling to survive when a blind date turns violent. Blumhouse was hoping to build hype for the film through festivals like Sundance and SXSW, but with the latter being canceled, Feste’s film might have been robbed of a release. Instead, Amazon Studios has bought the rights, promising to bring Run Sweetheart Run to Prime Video subscribers. No release date for this digital debut has been announced.

The charming teen romance Love, Simon is getting a spinoff series. All ten episodes of Love, Victor will come out on Hulu on June 19. Here’s the first trailer:

Last but not least, Gary Busey: Pet Judge is a real show that actually exists and is streaming now on Amazon Prime Video.

← 'Snowpiercer' and 'Run' and a David Ury-Themed Game on Podjiba! | This Guy Yelling at the Other Guy on CNBC is Immensely Satisfying →