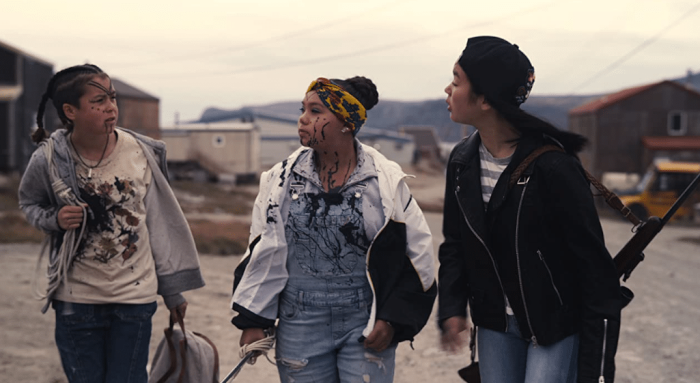 2022 Was a Good Year For On-Screen Adventurous Girl Warriors

I’m an 80s kid and there was a distinctive “Boys Rule, Girls Drool” feeling on the playgrounds and in the movie theaters during that decade. As much as I enjoyed every boy-centered action/adventure movie of the time it all felt a little ho-hum because girls were relegated to sidekicks or annoying little/older sisters. If there were any girls. Sometimes there were just moms. E.T, The Goonies, Cloak and Dagger, The Gate, Wargames, The Last Starfighter, Explorers, The Monster Squad…. basically all of them. 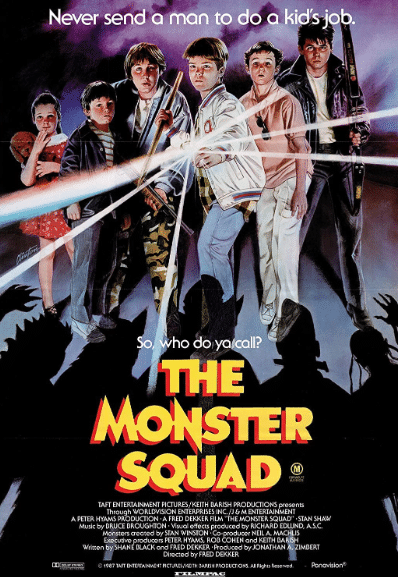 There were plenty of teen romances that centered around young women, but as a ten-year-old, I didn’t care about Molly Ringwald half as much as I cared about Elliot, Gertie or Davey Osborne, or the members of The Monster Squad. They had such great adventures! Building backyard rocketships, meeting Frankenstein’s monster, becoming a spy, and finding treasure. All girls got to do was fall in love or pine over a boy. Or stand in the way of the protagonist somehow. It didn’t seem fair.

Fast forward to 2022, and I was able to come up with a non-exhaustive list of 13 action/adventure movies and shows that featured girls as the protagonists. It felt good. It doesn’t matter how old you are, representation matters. The Hunger Games and Divergent series were bellwethers in this trend. But the nerdy little pre-teen still living in my heart was so happy to see that the idea of centering girls in adventure stories still has momentum.

Prey, one of our Top Ten of the year, was a thrilling and respectable entry into the waning Predator franchise. I don’t think I’m overstating it when I say this movie saved the whole franchise. You can watch Prey on Hulu in English or in the Comanche dub (which I highly recommend.)

Slashback is a low-budget banger about a gang of Inuit girls who have to defend their town from an invading space monster, without getting in trouble with their parents. It’s currently streaming on Shudder. It did not get nearly enough attention when it was released.

This past season of Stranger Things definitely felt more focused on the girls. Probably because they figured out that Eleven, Max, Nancy, and Robin are way more interesting than any of the brochachos, and don’t discount the enduring power of the song “Running Up That Hill.” In a similar vein, Amazon Prime’s Paper Girls (RIP) delivered a fun season about a group of bike-riding paper delivery girls who live in 1988 and get caught up in time travel shenanigans. I’m sad that one got canceled. It had a great cast. 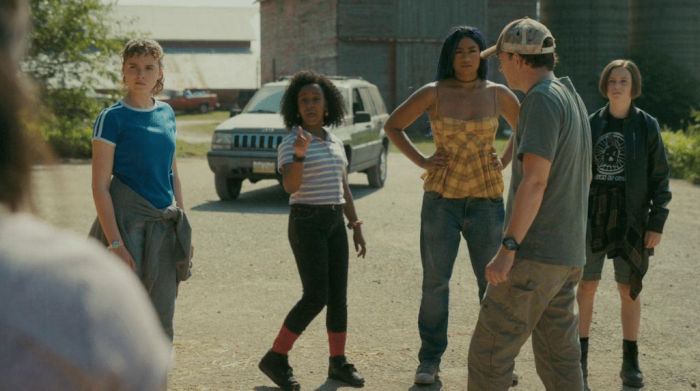 Netflix’ The School For Good And Evil was a mix between fairy princess story and an adventure. But not nearly as much as Hulu’s The Princess which was short on dialogue but heavy on the butt-kicking.

For the younger adventure seekers, Netflix delivered The Curse of Bridge Hollow and Wendell and Wild as Halloween treats. Both casts are led by young, teen girls who aren’t afraid to stand up for themselves and mix it up with some demons.

We got Wednesday and Enola Holmes 2 last year, too. Your mileage may vary but as a Nancy Drew fan from way back, I’m always rooting for young girl mystery solvers. Hell, even Lena Dunham came through with Catherine Called Birdy which I found to be way better than expected. I’m going to chalk that up to Bella Ramsey — who is about to wow us in The Last Of Us, I just know it — for her portrayal of the charmingly defiant, angsty, heroine.

Girls also won with Turning Red, an entire Pixar movie about how getting our period can be a superpower. Who would have believed it back in 1986? Not me! And Willow, on Disney+, is a fairly solid story of two young lesbians secretly, and desperately, in love with each other. While on a chivalric quest to rescue one of their brothers.

2022 was a good year to be a girl. At least in movies and on TV. The whole chipping away at our rights to bodily autonomy and privacy in the real world was, and still is, a bummer. But the more role models young girls have in the media the better off we’ll all be. The world needs more Evelyn Achams, Greta Thunbergs, Zyahna Bryant, and Autumn Peltiers. Sometimes that starts with seeing more Narus, Ukis, Maxes, and Jades on your screens.