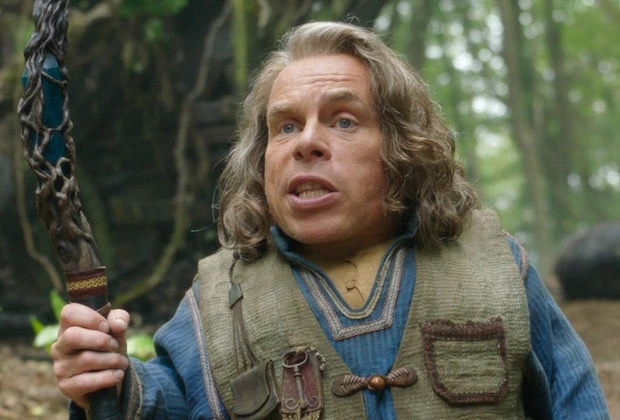 It's Sad that 'Willow' Isn't Better

When it comes 1980s fantasies, three movies stand supreme as the Holy Trinity. They are ranked as follows:

I’m sure people will argue about the order in the comments and I welcome their wrong opinions but these stand atop the pantheon. Below them are a number of lesser classics including Conan the Barbarian, The Dark Crystal, and many others. But these are the biggies. So far, only Willow has faced the gauntlet of a modern continuation or reboot. Jen was cautiously optimistic when the trailer dropped, and I shared her feelings. Unfortunately, the series pilot and second episodes don’t lend much credence to those hopes though, like Rings of Power’s first few episodes, there’s room for improvement.

Queen Sorsha (Joanne Whalley), daughter of the late and unlamented sorceress Queen Bavmorda, has ruled her kingdom in peace for the past 20 years, protected by a mystical barrier that keeps out the wilder elements of the continent. She and MIA husband Madmartigan (Val Kilmer, who regretfully will not make an appearance this season) produced a few royal spawn, Kit (Ruby Cruz, Mare of Easttown, Castle Rock) and Airk (Dempsey Bryk, The Silence, Mary Kills People). They hid away Elora Danan as a young girl, despite hero sorcerer Willow Ufgood (Warwick Davis)’s warnings that she must be trained to use her gifts or the kingdom would face destruction. Kit spars and occasionally makes out with soldier-in-training Jade (Erin Kellyman, Solo: A Star Wars Story, The Green Knight, Karli in The Falcon and the Winter Soldier) while Airk spends his time seducing the kitchen help. And there’s a man in the cellar named Boorman (Amar Chadha-Patel, The Wheel of Time) whom the Queen occasionally asks for advice. During a celebratory night in which Kit meets her newly betrothed Prince, Graydon (Tony Revolori, Spider-Man’s Flash Thompson), the castle is attacked by a group of twisted and magical people called the Gales. During the attack Airk is spirited away. The group seek out Willow’s advice and aid, and are followed on their journey by the recently-seduced kitchen maid Dove (Ellie Bamber, The Nutcracker and the Four Realms, Pride & Prejudice & Zombies).

Let’s start with the good, of which there is… some. First off, Willow is back. Warwick Davis remains a treasure, and the show’s anchor. His daughter, Mims (Annabelle Davis) is also great, and I hope we see more of her. Joanne Whalley’s Queen Sorsha is warm and lovely, and it’s great to have her back as well. Amar Chadha-Patel’s Boorman is the series’ replacement for Madmartigan and though he lacks young Val Kilmer’s joie de vivre he’s a good substitute, a grizzled bear of a man more interested in his own skin than babysitting a bunch of bratty teenagers. I’m extremely jealous of his beard and general good looks. The Gales have an interesting design; though each is a unique archetype they’re reminiscent of The Wheel of Time’s Myrddraal, and creepy enough that one look was enough to convince my 7-year-old to seek other entertainment. Last but not least is a factor that Kaleena articulated far more eloquently than I could:

Me five minutes into #Willow pic.twitter.com/n0jWZYLMYY

By comparison to any other Disney+ product I’ve seen, Willow counts as super gay. So far it’s just light kissing and talk about not being forced into relationships that aren’t right for you, but it’s a damn sight farther than any of their other series have gone. Along with a much less monochromatic cast than the original, it’s a welcome addition to the world.

But that’s where the positives end. The most egregious of the mistakes made by the series so far has to be the colloquial American dialogue. It’s not good. It’s not that I think everyone should talk like Galadriel — if anything fewer characters should - but there is a middle ground between that and what Willow’s writers have done. No one’s called Dove “cringe” or the Gales “sus” yet but it feels like a matter of time before it happens. It’s as though Madmartigan talked in surfer lingo. It doesn’t fit and I don’t like it. It also doesn’t do the young cast any favors, most of whom suffer from a terminal case of Quip Fever. It feels like they’re vying to be the group’s Han\Indy, and they aren’t suited for the role.

Erin Kellyman is best at acting as more than a cliched fantasy stereotype, with Tony Revolori’s Graydon a surprisingly close second. His Flash Thompson was so banal I couldn’t believe he was supposed to be popular, no matter how rich his parents. But as Graydon, his insecurities are balanced with a thoughtful consideration, and I like him much more than I expected. The twins come off less well. Getting kidnapped offscreen is probably the best thing for Airk. Dempsey Bryk couldn’t look or sound more out of place in a fantasy realm if he were wearing a 1970s leisure suit and roller skates. Kit is annoyingly confident for someone who lacks any real world experience, which is of course the point. That it’s intended to give her an opportunity for character growth doesn’t make her any less annoying now, and the spoiled rich girl routine is exhausting. But they’re still better than the Lockes! The combat is bland swashbuckling, but it could be worse.

It’s difficult to tell to whom the series is directed; between the dialogue and the level of violence, it feels very pre- and young teen, but was that age group begging for a Willow series? Also, and I hate to say this, but they picked the wrong actress for Elora Danan. I thought at first it would be Erin Kellyman, and it seemed like a really smart choice. She had personality and presence. This seemed like the girl who could save the world. But they zigged instead of zagged, and given what we’d seen out of the cast, any other choice was bound to be a disappointment. Still, it’s early. Maybe they’ll seem a better fit a few episodes in.

Like most Disney+ series, the pilot and first episode feel rushed and incomplete. The pacing is off, though given some time that might settle. It’s not the worst Disney+ series I’ve seen, and while that sounds like damning with faint praise, there’s a lot of room for improvement here. It’s worth watching to see where it goes. I want it to be good. The original still holds up, though less well than the other two, and Willow deserves a good adaptation. Whether these are the writers and cast to get us there remains to be seen.