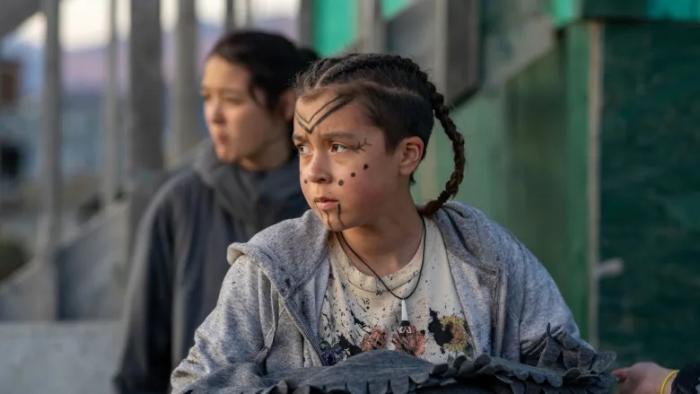 I don’t get invited to SXSW so I missed any chatter there was about this movie earlier this year. I stumbled across the trailer this morning and knew exactly who needed to see it.

The logline: In a remote Arctic community, a group of Inuit girls fights off an alien invasion, all while trying to make it to the coolest party in town.

It seems like it’s going to fit right in with Slither, Attack The Block and Edgar Wright’s Cornetto trilogy (Shaun of the Dead, Hot Fuzz, The World’s End.)

Slash/Back director Nyla Innuksuk is a relative newcomer, best known for her short documentary and fiction films focusing on Inuit and Indigenous peoples’ stories. The film stars a whole bunch of unknowns who don’t even have pictures on imbd.com yet. I hope these kids are ready to become the new darlings of the indie/cult scene. Slash/Back was recently acquired by RLJE Films (Prisoners of the Ghostland and 8 Mile) and Shudder for release in the U.S. later this year. It might already be available on VOD and in theaters in Canada.