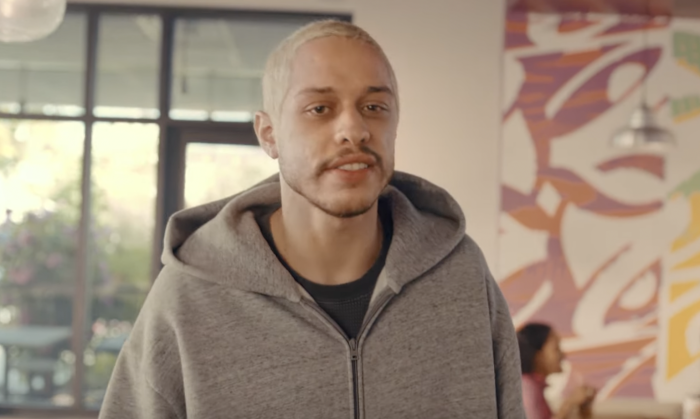 Pete Davidson Is Apparently a Pitch Man for Regret Now

There was a time when people just rooted for Pete Davidson. He’s like your f**k-up of a little brother, you know? If only he’d just get his sh*t together! But to be honest, his stand-up is not particularly good, his movies don’t do particularly well, and most of his SNL appearances were about … Pete Davidson. About branding himself.

It’s good synergy! The stoner guy promoting stoner food. But it’s also breakfast food at Taco Bell. Who the hell wants breakfast from Taco Bell? You eat Taco Bell at the end of the day when there is less time to feel gross and guilty about it before falling asleep. Who wants to eat “fluffy eggs” and “melted cheese” from Taco Bell and spend the rest of the day digesting that while you’re awake? Are they monetizing regret?

Meanwhile, though it seems like the public has rejected Pete Davidson characters based on Pete Davidson’s life (King of Staten Island, Big Time Adolescence), he’ll star as a fictional version of himself in Bupkis, a Lorne Michaels produced television show currently in production.